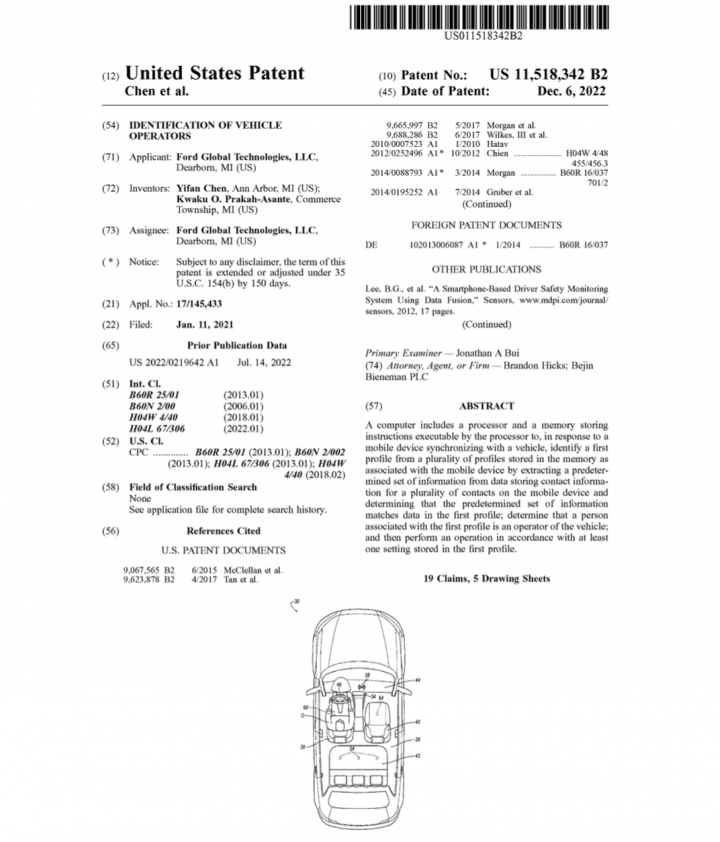 In recent months, Ford has filed a number of patents that focus on the driver to take additional action, including one for a fully automatic seat positioning system, a vehicular facial recognition system, and a distracted driving detection system. Now, this new Ford patent continues that trend by outlining an idea for a vehicle operator identification system that can identify the driver from a database of users using information stored in something like a smartphone. 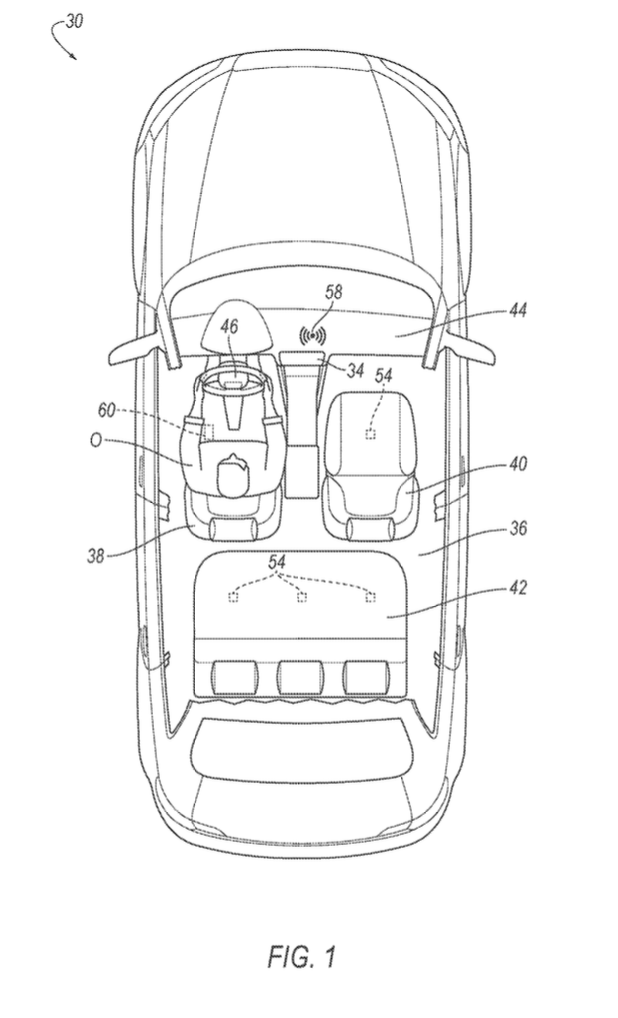 While this may seem a bit intrusive, such practices are already in use in many modern vehicles. In some cases, users are able to store all of their settings for a vehicle in the vehicle’s infotainment system, then select a profile when they enter the vehicle that changes the seat and steering wheel positioning, as well as other settings like the radio station. In some vehicles, this information is automatically tied to a user’s smartphone, and the vehicle can make these changes automatically when they enter the vehicle. This Ford patent mentions using this tech for similar purposes, which is quite convenient. As the patent also notes, this enables Ford to provide this feature without any personal information being stored in the vehicle itself, which could create privacy concerns. Regardless, those that have ever driven a vehicle that is capable of changing settings automatically using smartphone data is well aware of just how convenient it is – particularly in households where multiple drivers share the same vehicle.

Ford Vehicle Build Identification Could Get Easier With New Agreement