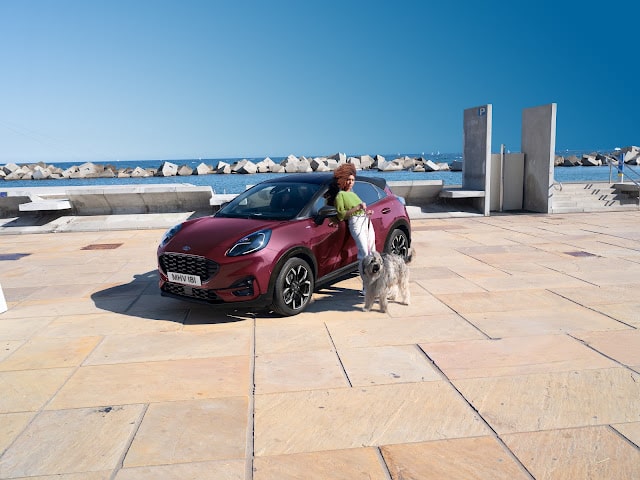 The Ford Puma has been treated to a number of new variants and features over the past year or so, including the Ford Puma Design – which features fewer chips and fewer features amid ongoing supply chain issues – as well as the Puma ST-Line Gold Edition. Additionally, the Puma ST also recently gained new seats that earned approval from a German spinal health organization called Aktion Gesunder Rücken e.V. (AGR), or “Campaign for Healthier Backs.” Now, yet another new variant has been revealed – the Ford Puma Vivid Ruby Edition. 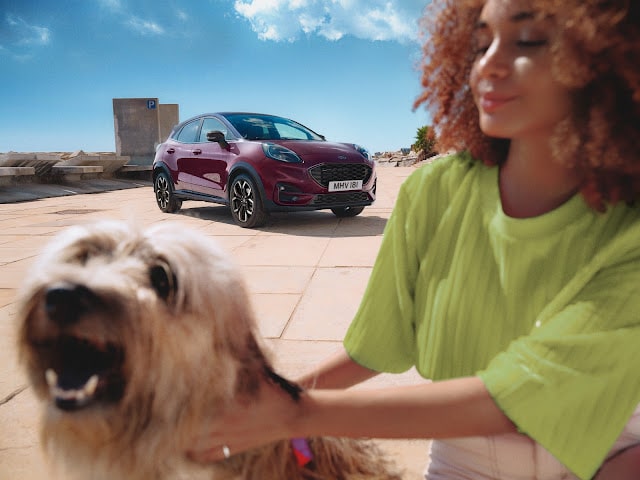 The Ford Puma Vivid Ruby Edition is finished primarily in the color of the same name, which is an evolution of the existing hue dubbed Hot Magenta. However, it’s designed to look like a deeper, dark red at night, with sparkling ruby tones that become more apparent in sunlight – just like a natural gemstone. 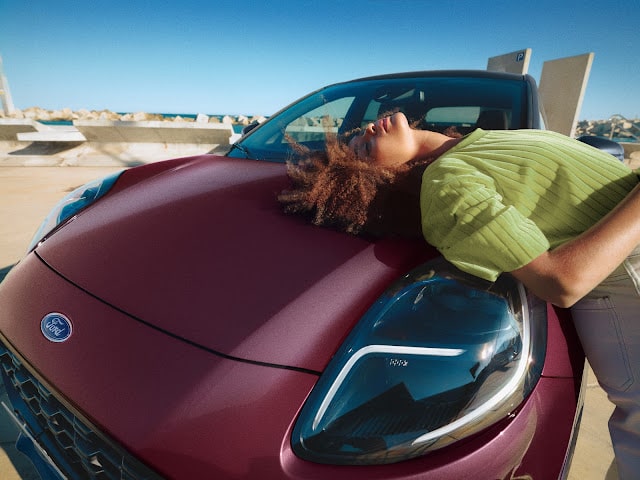 That striking color is accented by a high-gloss black-painted roof, giving the Puma Vivid Ruby Edition a bit of contrast, along with a set of 18-inch machined face wheels detailed to match the vehicle’s black body claddings. For those that want a different look, the Puma Vivid Ruby Edition is also available with a white-painted roof and 18-inch machined face wheels with white accents, which are contrasted by high-gloss black lower body claddings, as well as black painted mirror caps and bumpers. 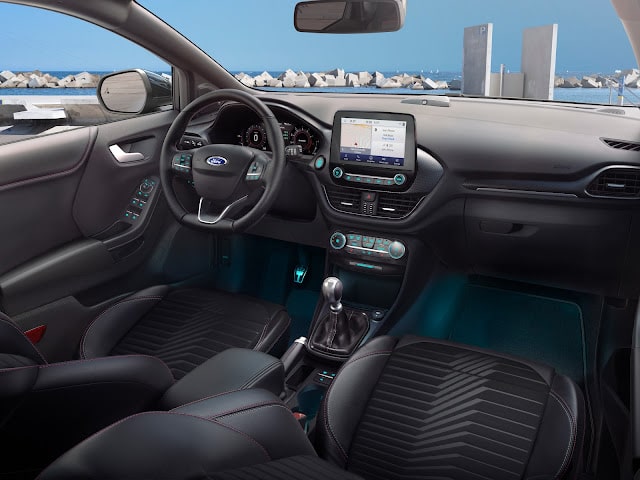 Inside the cabin, the Ford Puma Vivid Ruby Edition features seats with white and ruby contrast stitching, continuing the multi-color theme. The special edition crossover is equipped with the turbocharged Ford 1.0L I-3 EcoBoost mild-hybrid powertrain, which can be had in 125 PS (123 horsepower) or 155 PS (153 horsepower) outputs, which can be mated to either a manual or automatic transmission.