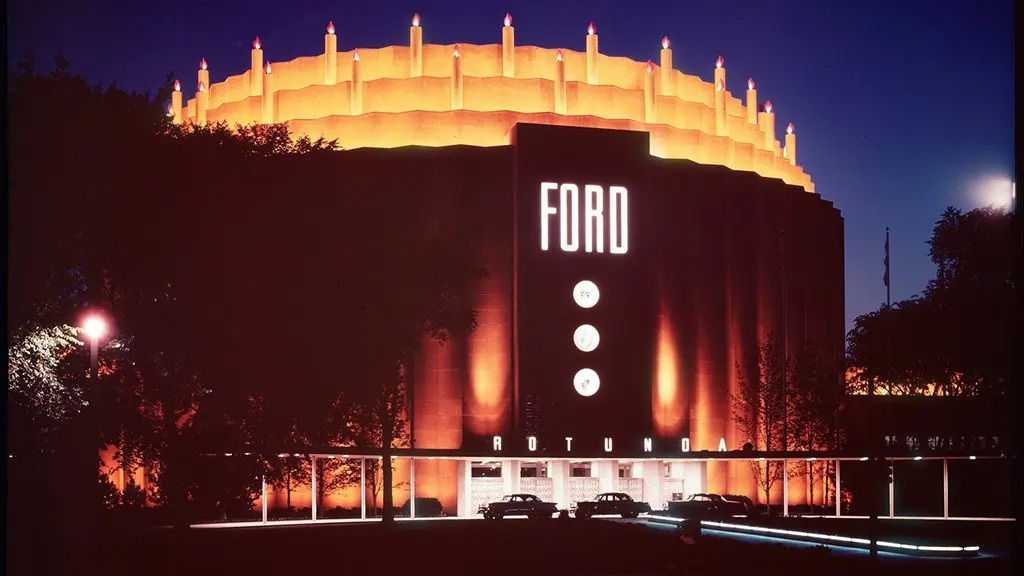 The Ford Rotunda was a grandiose building that is unfortunately now lost to time. Almost exactly 60 years ago, the building caught fire, forcing its closure, but The Blue Oval hasn’t forgotten the unique, brutalist structure and what it meant to millions of people throughout its decades of operation. 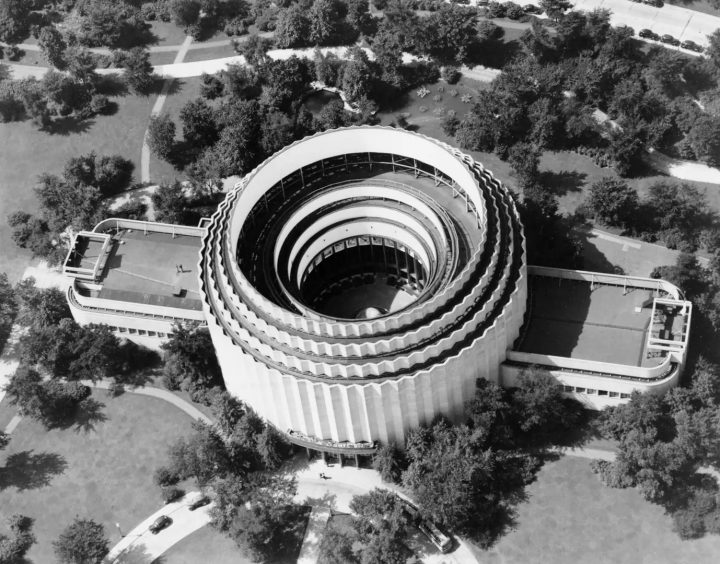 The Ford Rotunda was designed and built in Chicago by American industrialist architect Albert Kahn, and was inaugurated in 1933 as a tourist attraction backed by the automaker. Its construction was designed to call mechanical parts to mind, featuring a 110-foot main cylinder with two adjoining wings resembling a concentric gear stack. It served as Ford’s exhibit space for the 1933 through 1934 Chicago World’s Fair, welcoming more than 40 million attendees to take a look at The Blue Oval’s innovative products. 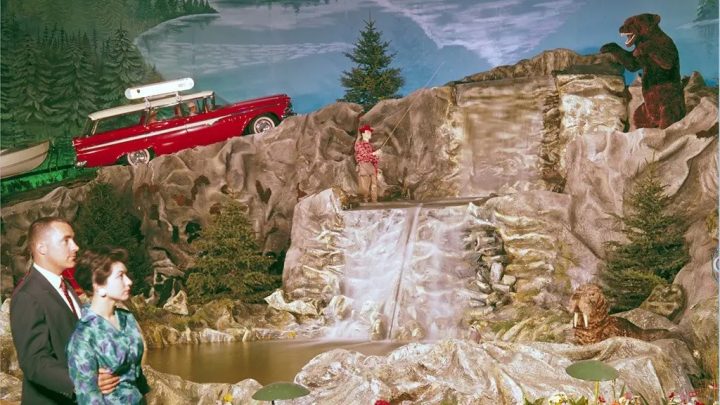 Following the positive reception of the Rotunda at the World’s Fair, Ford elected to relocate the entire building to its hometown of Dearborn, where it was rebuilt brick-by-brick. Many of the exhibits from the World’s Fair remained intact inside the relocated building, including the “Roads of the World” display, and a Ford World Globe. Reconstruction only took about 12 months, and the Rotunda reopened in 1936. More than one million visitors made the trek to the Rotunda annually.

In 1942, the Ford Rotunda was closed as World War II raged. The building was repurposed to serve as office space and even a school for the Army Air Corps, with its movie theater providing much-needed entertainment for soldiers. After the war, the Rotunda reopened to host dealer presentations, press events and other business events, and as a venue for the annual Christmas Fantasy event. 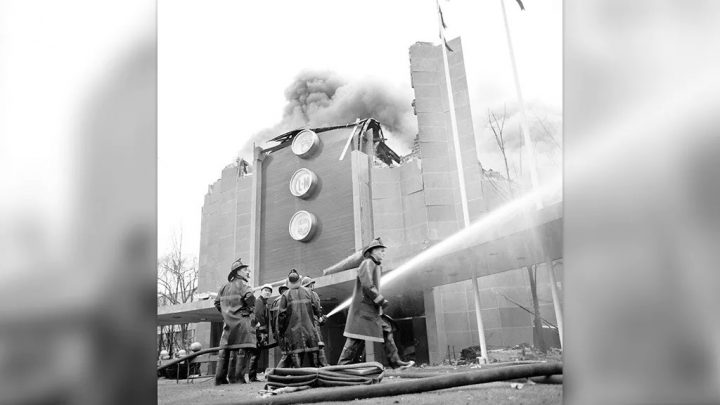 Unfortunately, a fire broke out on the roof of the Ford Rotunda on November 9th, 1962, as workers were waterproofing the building. The blaze caused more than $15 million in damages, and destroyed every single 1963 model year Ford vehicle on display at the center. However, the Ford Archives of over 14 million Ford-related items survived the fire, thanks to a carbon dioxide fire protection system. Today, the Michigan Technical Education Center exists on the site, while the road in front of the Rotunda’s former location retains the “Rotunda Drive” name.