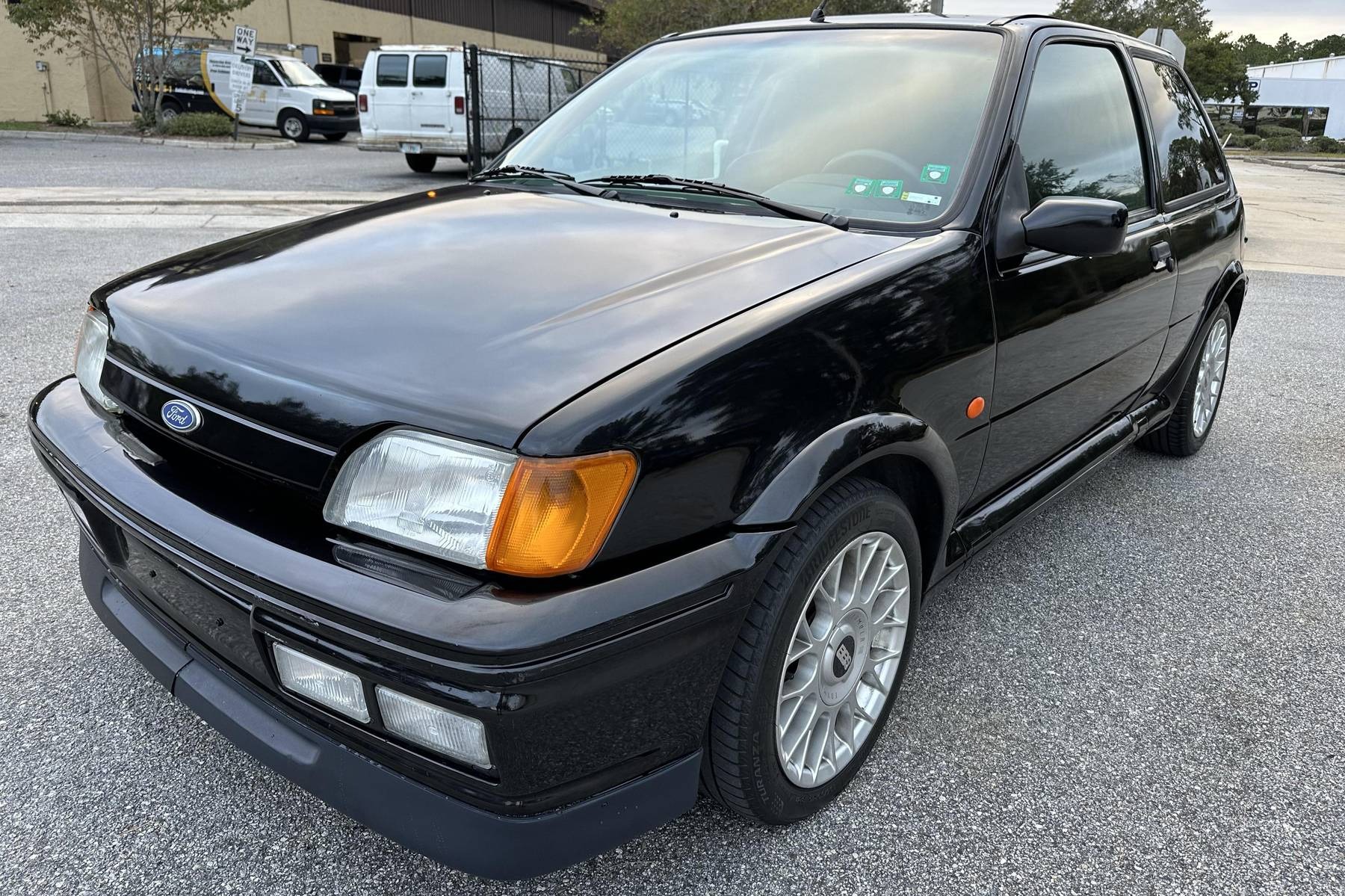 A handful of neat imported Ford vehicles have popped up for auction so far this year, including a 1987 Ford Falcon Ute with a 5.0L V8 engine swap under the hood, and a 1997 Ford Freda minivan with a ’90s aesthetic. Another import with a Blue Oval badge is up for grabs now – a 1994 Ford Fiesta XR2i with a few modifications on Cars & Bids. 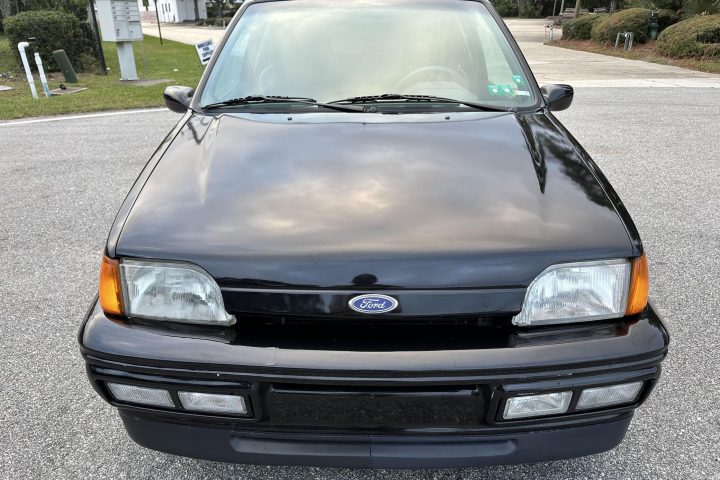 The 1994 Ford Fiesta XR2i was never released in the U.S., but it was a hot seller overseas in the European market. The seller notes that it’s particularly difficult to find an example in as good of shape as this one, as most were “driven to the ground” or underwent extreme modifications. This particular vehicle is finished in black with a complimentary black interior. It was imported from Bulgaria in May 2022. As such, it features a metric instrument cluster with 87,400 kilometers clocked, or roughly 54,400 miles. It is, however, set up in a left-hand drive configuration. 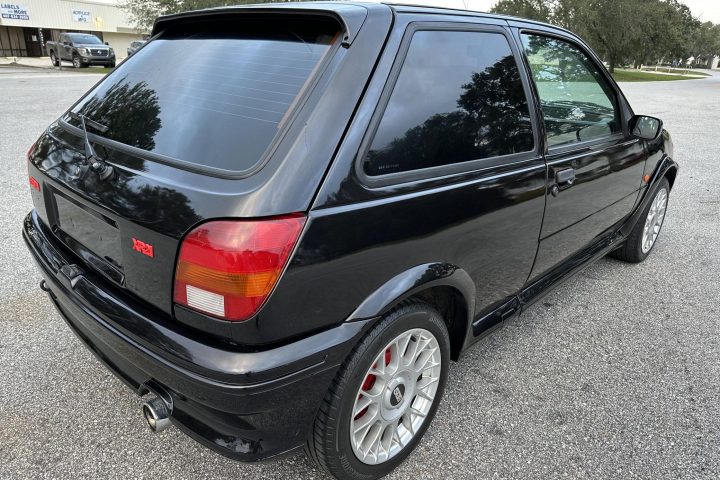 This third-generation Ford Fiesta hatchback features factory fog lights, front bucket seats with manual adjustment levers, power windows and door locks, and split-folding rear seats. Power is sourced from the 1.8L I4 Zetec engine, which is rated at 105 horsepower and 113 pound-feet of torque. Power to the front wheels is routed via a five-speed manual transmission. 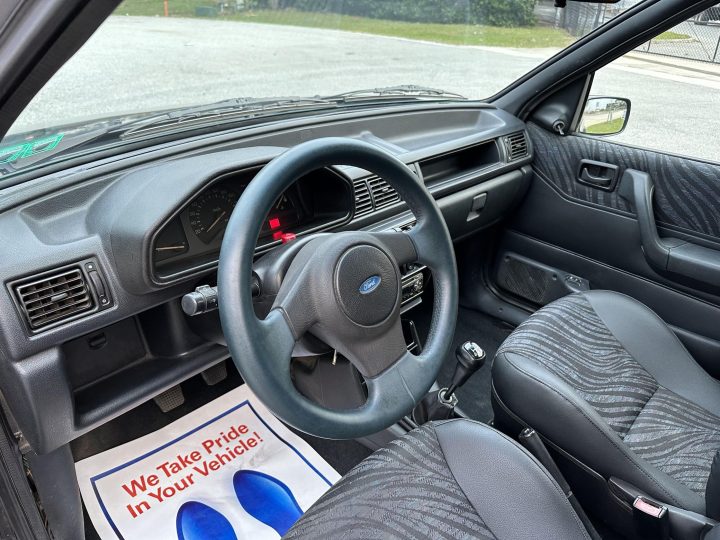 Modifications include a Magnum exhaust muffler, 15-inch BBS wheels, along with red-painted front brake calipers and rear drums. It also sports an aftermarket splitter and tinted windows for a more sinister look, as well as leather and cloth upholstery. It has been outfitted with leather steering wheel trim and a Pioneer head unit. Known flaws are to be expected of a vehicle that’s nearly 30 years old, including paint chips and scratches, signs of rust repair, and damaged hood insulation.

Be sure and subscribe to Ford Authority for more Ford Fiesta news and ongoing Ford news coverage.