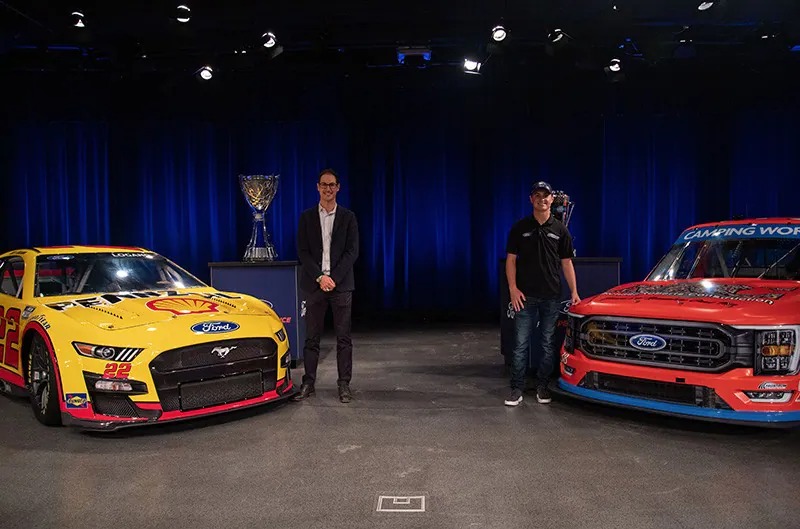 The Blue Oval finished out the 2022 season strong at stock car racing’s highest levels, sweeping both the Cup Series and Truck Series championships, compliments of Zane Smith and Joey Logano, respectively. Both championship-winning NASCAR Ford drivers were recently invited to Ford World Headquarters in Dearborn, Michigan, to celebrate their wins. 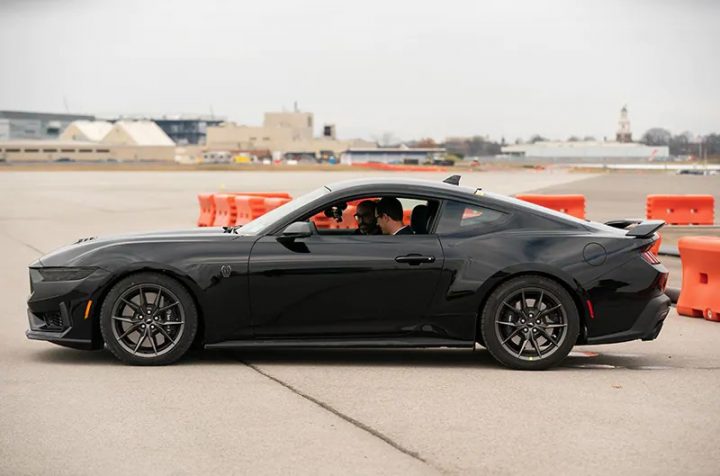 Logano was able to tour the Flat Rock Assembly plant, where the Ford Mustang is produced, for an inside look at the street-legal vehicle that serves as inspiration for his No. 22 NASCAR Next Gen Mustang. Meanwhile, Smith, driver of the No. 38 F-150 race truck, was invited to take a look at the Dearborn Assembly plant, where the real Ford F-150 is built. Each driver brought along his championship trophy to show off to the employees that build each vehicle. 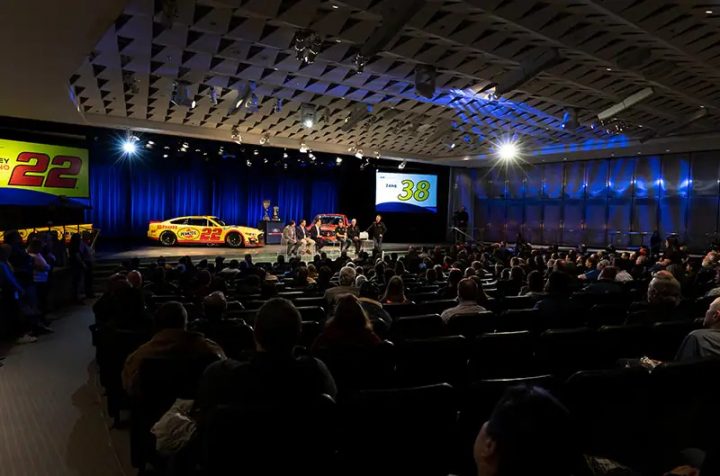 After the plant tours, Smith and Logano were invited to the Mustang Energy room to meet with the Ford Mustang Chief Nameplate Engineer, Ed Krenz, along with the team responsible for the development of the 2024 Ford Mustang platform. Here, Logano presented his championship-winning driving gloves to the team.

The No. 22 NASCAR Ford Mustang and the No. 38 F-150 were displayed on a stage in the auditorium at the Ford World Headquarters, where Logano and Smith spoke to Blue Oval employees. They were joined by NASCAR analyst Clint Bowyer, No. 22 Mustang crew chief Paul Wolfe, Global Director of Ford Performance Mark Rushbrook, Ford CEO Jim Farley and Edsel Ford II. Both drivers relived their championship wins, which marks Logano’s second and Smith’s first. 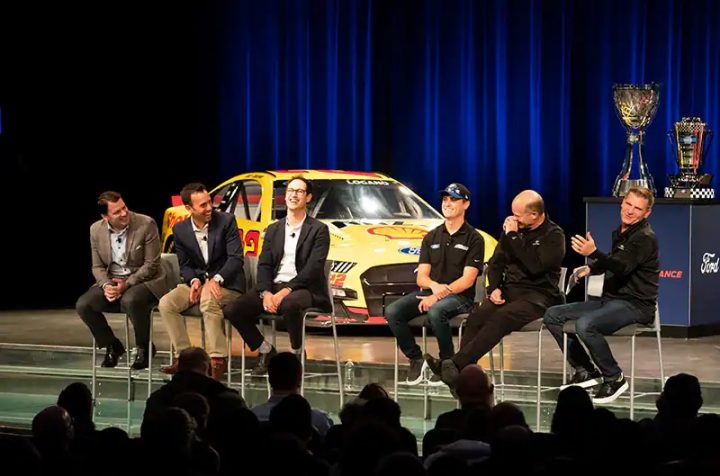 Rushbrook recently expressed satisfaction with The Blue Oval’s wins later on in the season after previously criticizing the NASCAR Ford teams for lackluster performances. Clearly, the drivers and teams got things turned around and became the ones to beat in the latter half of the year. Hopefully, they can carry this momentum into the 2023 season and beyond.