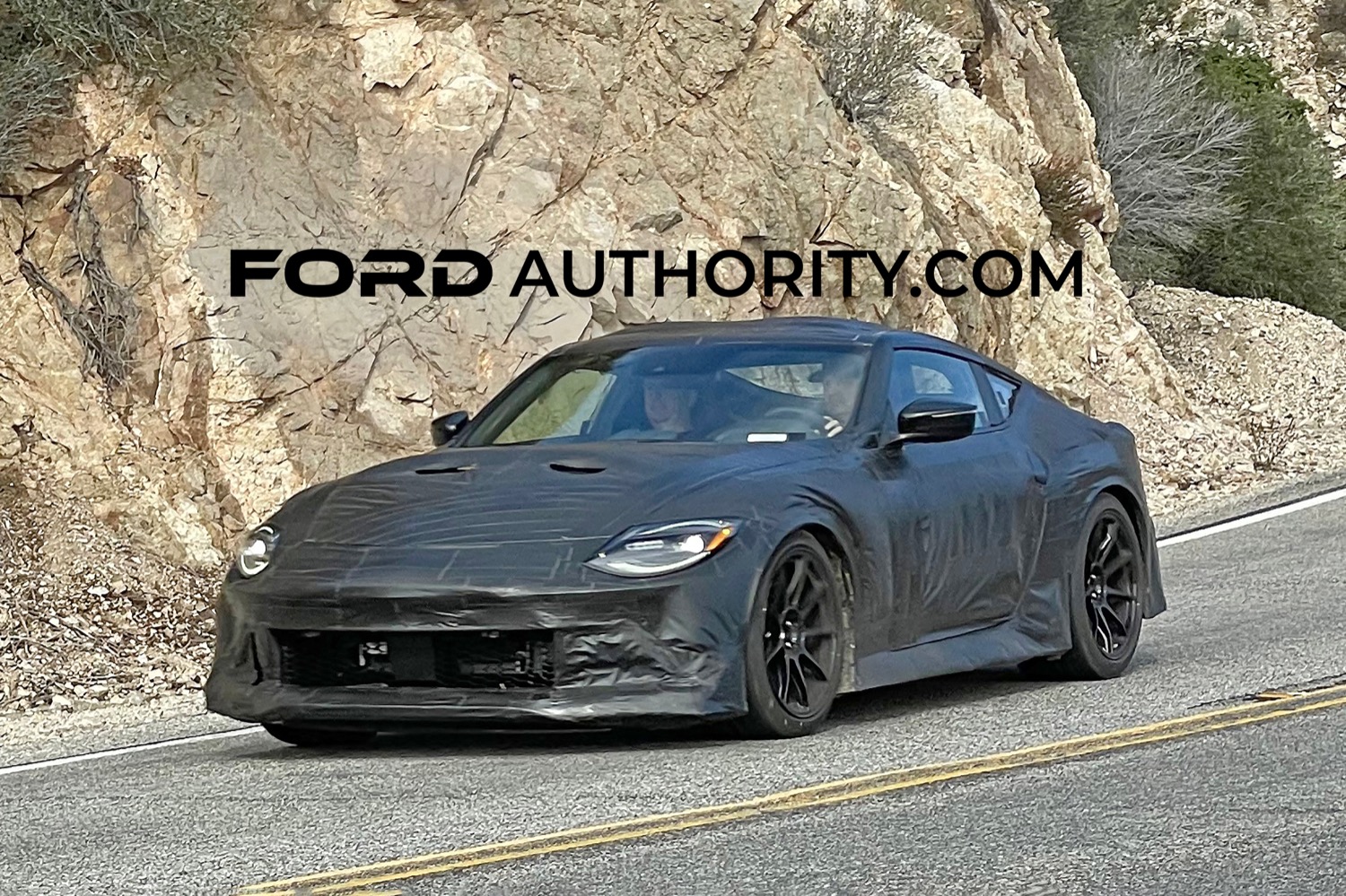 With its chief rivals – the Dodge Challenger and Chevrolet Camaro – likely set to either be discontinued or at least replaced by EVs in the coming years, the Ford Mustang is facing a new breed of competition – sporty coupes hailing from other parts of the world. There’s been a resurgence in that regard in recent years, with the return of the Toyota Supra and the debut of the new Nissan Z, most recently. Now, Ford Authority has spotted a more powerful variant of the latter – the Nissan Z Nismo – out driving around in prototype form not just once, but twice. 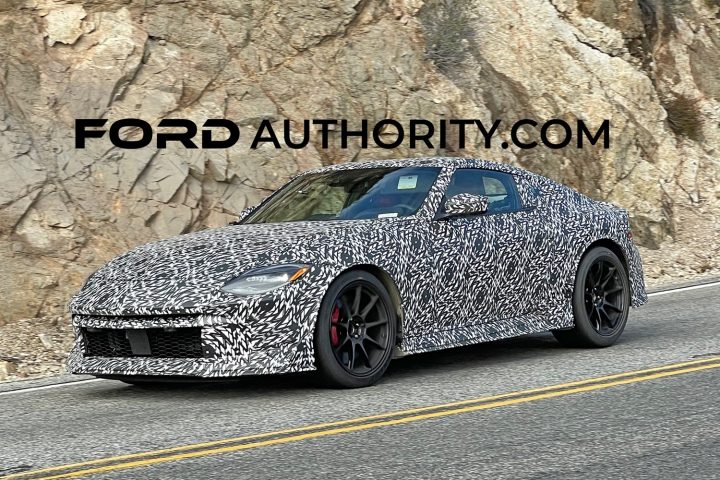 Both of these Nissan Z Nismo prototypes were clad in heavy camo when they were spotted testing on the Angeles Crest Highway in California, but there are some obvious clues that reveal that each is a bit sportier than the recently-launched Z. Up front, that includes an all-new fascia that’s 2-3 inches longer, along with a revised front lip and mesh grill insert. 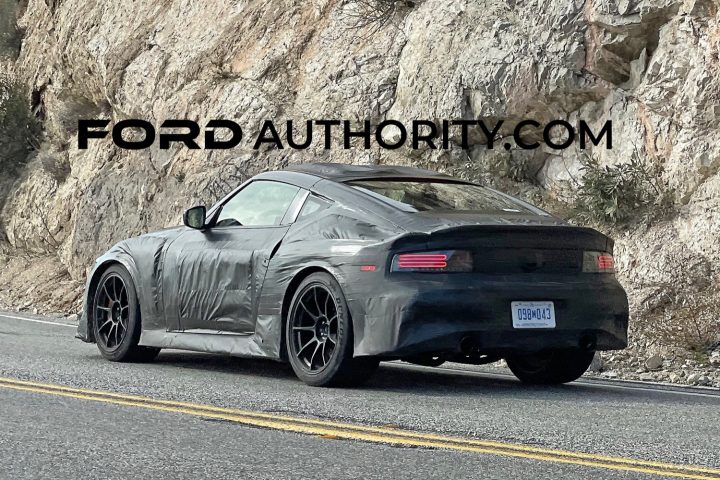 Down the side, we can see a set of nine-spoke wheels covering red Brembo brake calipers, hinting at extra performance in more ways than one. Finally, out back, a revised rear section looks a bit more angular than the regular Z, and is joined by new rear spoiler, too. 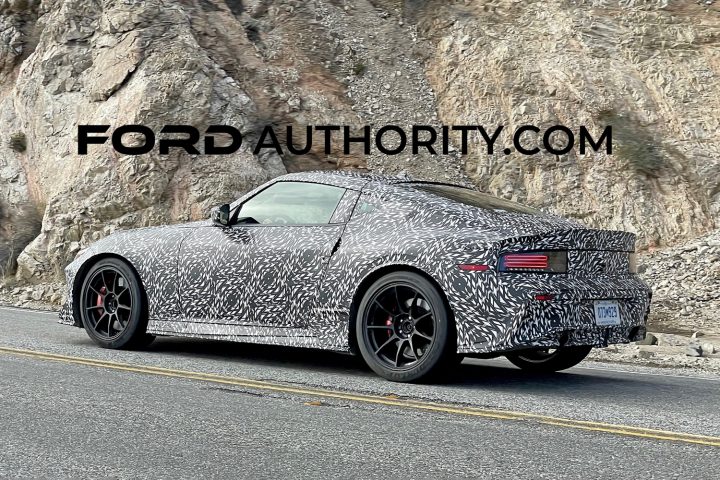 In terms of output, the Nissan Z Turismo is expected to crank out somewhere around 500 horsepower – which is considerably more than the regular Z and its 400 horsepower rating. Perhaps even more notably, that’s also exactly what the brand new 2024 Ford Mustang Dark Horse will generate, making this a proper foe for the most powerful S650 variant available – for now, at least. Like the S650, the Nissan Z Nismo is also expected to debut early next year, too. 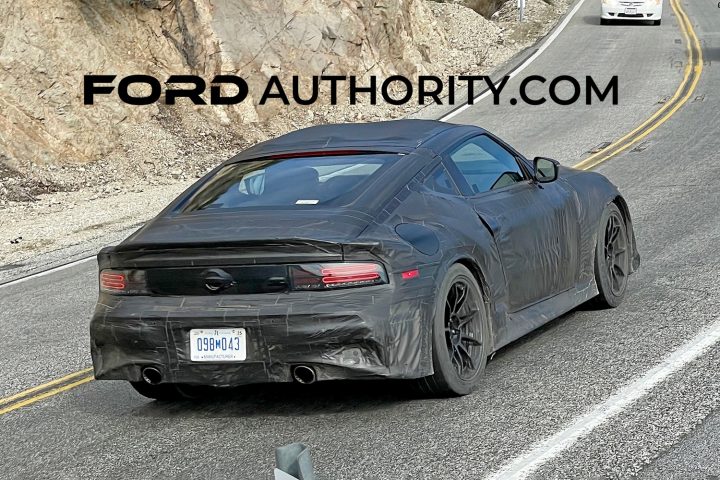 While the Mustang and Z may not be traditional rivals, per se, each has plenty to offer those seeking a sporty, powerful, and stylish coupe, particularly in a world that’s largely devoid of such things, even if each of these vehicles takes a very different approach to that genre. 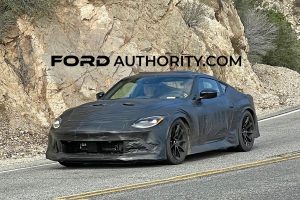 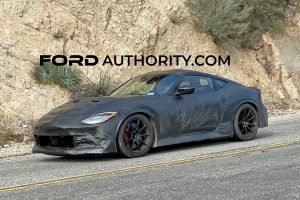 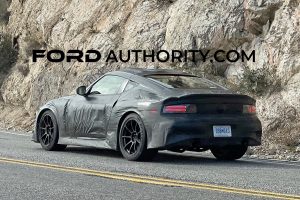 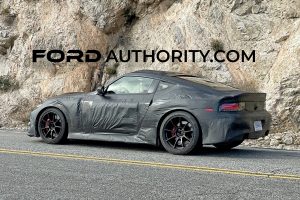 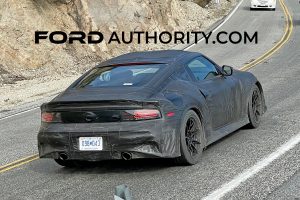 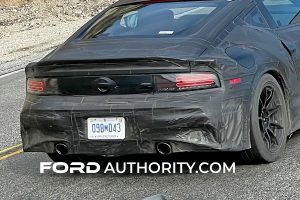 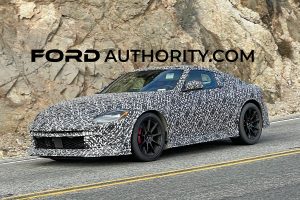 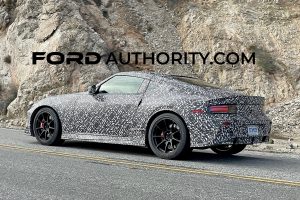