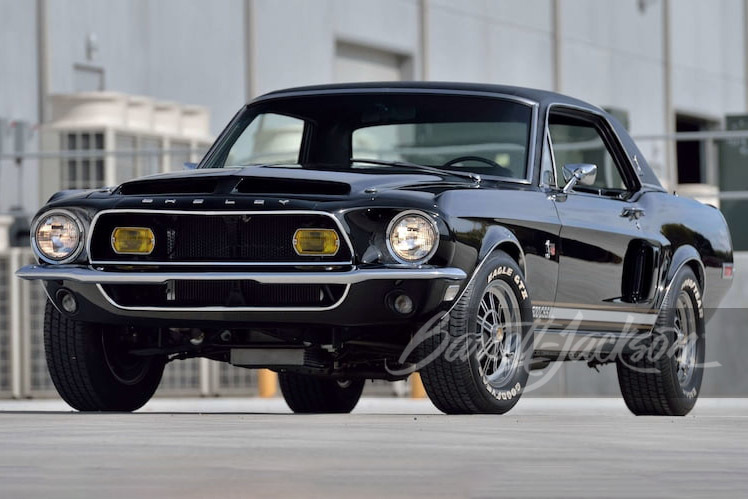 A 1968 Ford Mustang, dubbed the “Black Hornet” and right out of Carroll Shelby’s personal collection, will be for sale at the Barrett-Jackson auction in January 2023. 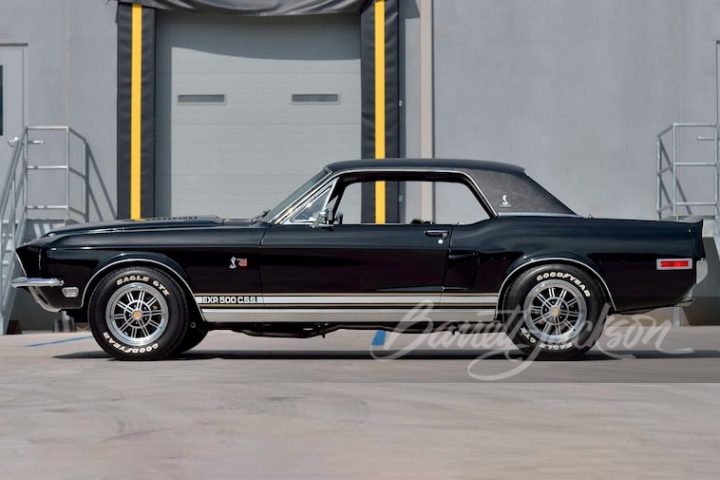 This particular classic Mustang is recognized as being part of the Shelby Worldwide Registry. Shelby himself had a hand in building this beautiful machine, which began life as a Triple Black Mustang before its conversion to the Black Hornet by Legendary G.T. Continuation Cars in the early 2000s. Shelby owned the pony car for 40 years, before and after its conversion, and specifically requested that the build be based on the 1968 “Green Hornet” builds. However, instead of dark green paint, Shelby had this Mustang painted in Raven Black to match his iconic black Stetson cowboy hat. 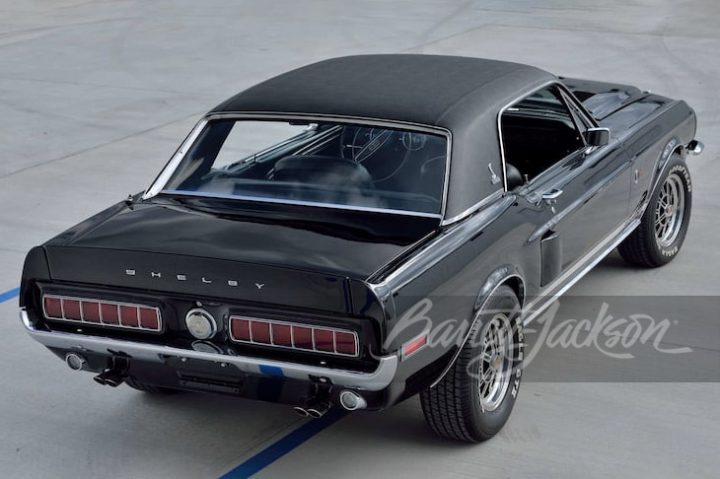 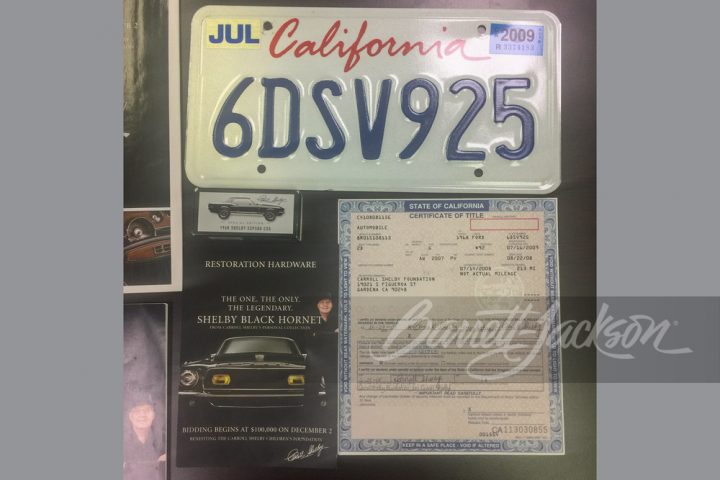 Its dash is signed by Shelby himself, and its sale includes its original California license plate, a scale die-cast of the vehicle and a previous title, which also features Shelby’s signature. Shelby turned the vehicle over to his foundation on December 29th, 2008, after decades of ownership and having put just 213 miles on the odometer in that time. Currently, the vehicle has racked up 564 miles and is still in mint condition. It was previously sold at the Mecum Auction back in January of 2020, where it fetched a cool $390,500.

We’ll have more auction finds like this to share soon, so be sure and subscribe to Ford Authority for more Ford Mustang news and non-stop Ford news coverage.