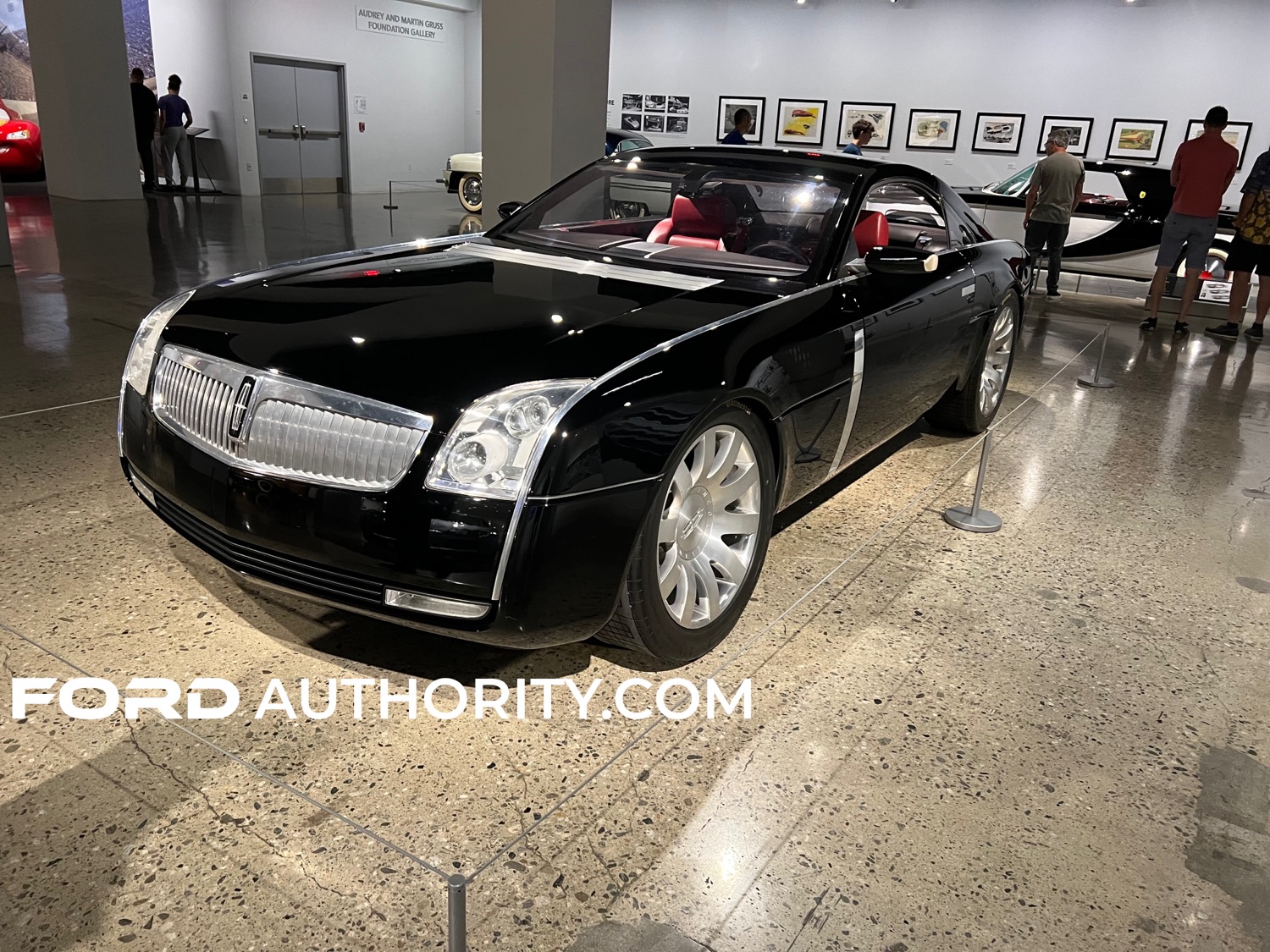 The Petersen Automotive Museum in Los Angeles is a veritable treasure trove for enthusiasts, chock full of cool, historically significant, and oftentimes obscure vehicles that rotate in and out on a regular basis. Recently, Ford Authority had the chance to visit the Petersen, which is where we spotted a very cool, somewhat forgotten piece of Blue Oval history – the 2001 Lincoln MK 9 Concept, which was famously on display at the 2016 Amelia Island Concours d’Elegance in Florida, years after it debuted at the 2001 New York Auto Show. 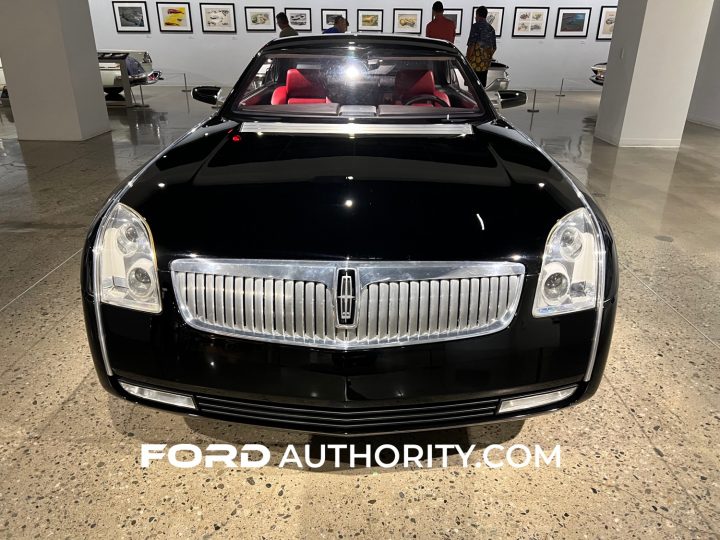 The 2001 Lincoln MK 9 Concept was designed by an international team with a goal of building upon the aesthetic success of iconic models from the luxury brand’s past, such as the 1940 Continental, 1956 Continental Mark II, and 1961 Continental. Lincoln intended to use this particular concept to test the market and see if consumers were interested in a range-topping halo, “prestige” car of sorts, one that was designed to be “distinctively and unabashedly American.” 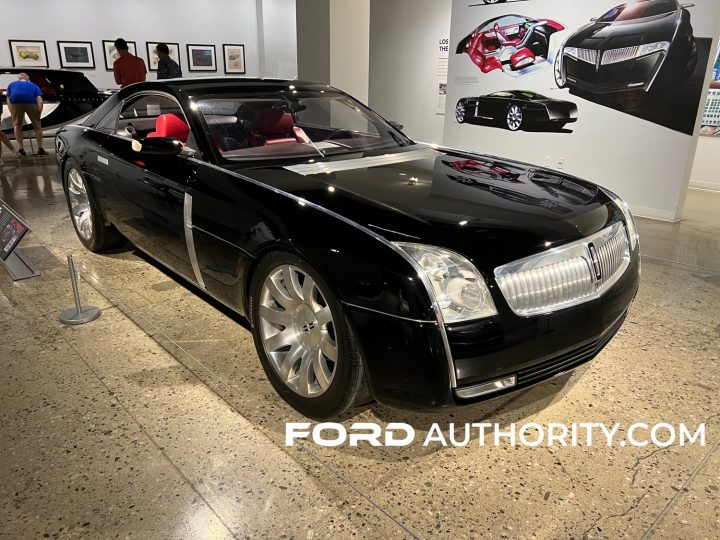 While the MK 9 was also intended to preview the future styling direction of Lincoln, the first-gen Ford Fusion and Mercury Milan and Montego featured some very similar styling cues, particularly up front, where it’s nearly a dead ringer for the latter. However, it was quite large – 207.1-inches long – and covered in black paint with plenty of chrome accents, 22-inch 10-spoke wheels, and all the adornments one might expect to see on a proper personal luxury coupe. 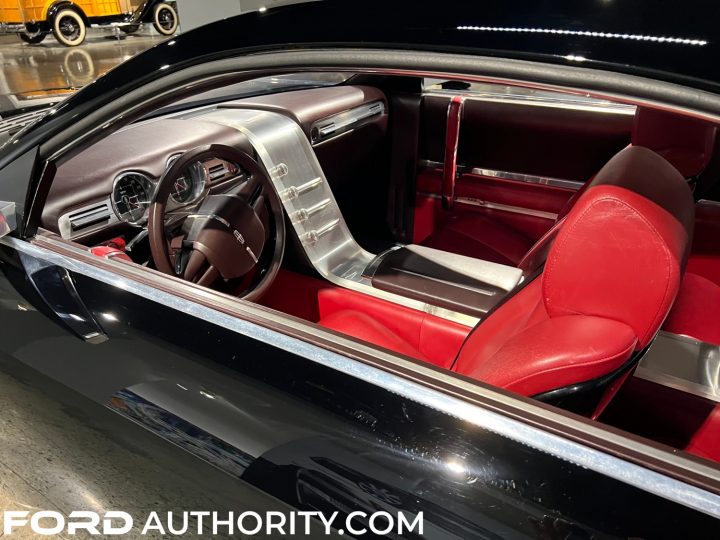 The interior continued that theme with two-tone Dark Cherry Red and Marlboro Red leather seats inspired by Eames Lounge Chairs, Dark Cherry saddle leather on the floor, and a white leather headliner with lots of polished metal accents throughout. The MK 9 Concept rides on a stretched version of Ford’s DEW architecture, which also underpinned the Lincoln LS and Ford Thunderbird of this era, with a four-wheel independent suspension, V8 engine, and automatic transmission. 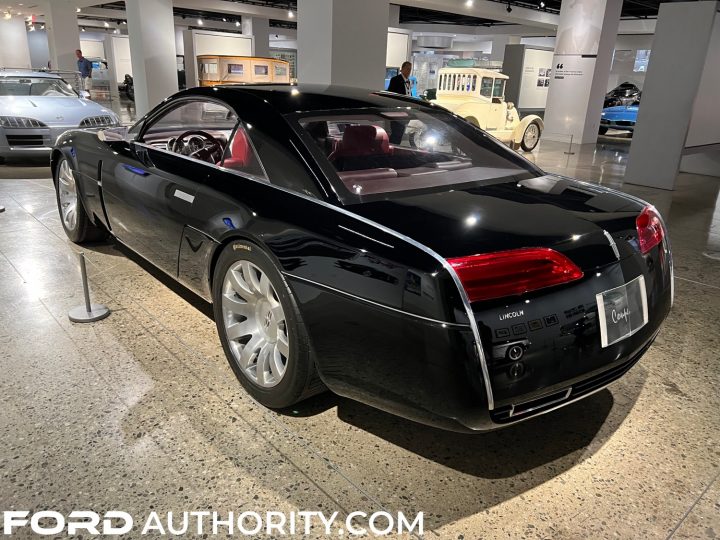 Unlike many concepts, the 2001 Lincoln MK 9 runs and drives as well, and though it was never intended for production, it would have made for a suitable successor to the Lincoln Mark VIII coupe. Unfortunately, that never happened, but at least the concept is still around for us to see and enjoy in a public setting.

We’ll have more cool concepts to share soon, so be sure and subscribe to Ford Authority for the latest Lincoln news and comprehensive Ford news coverage.