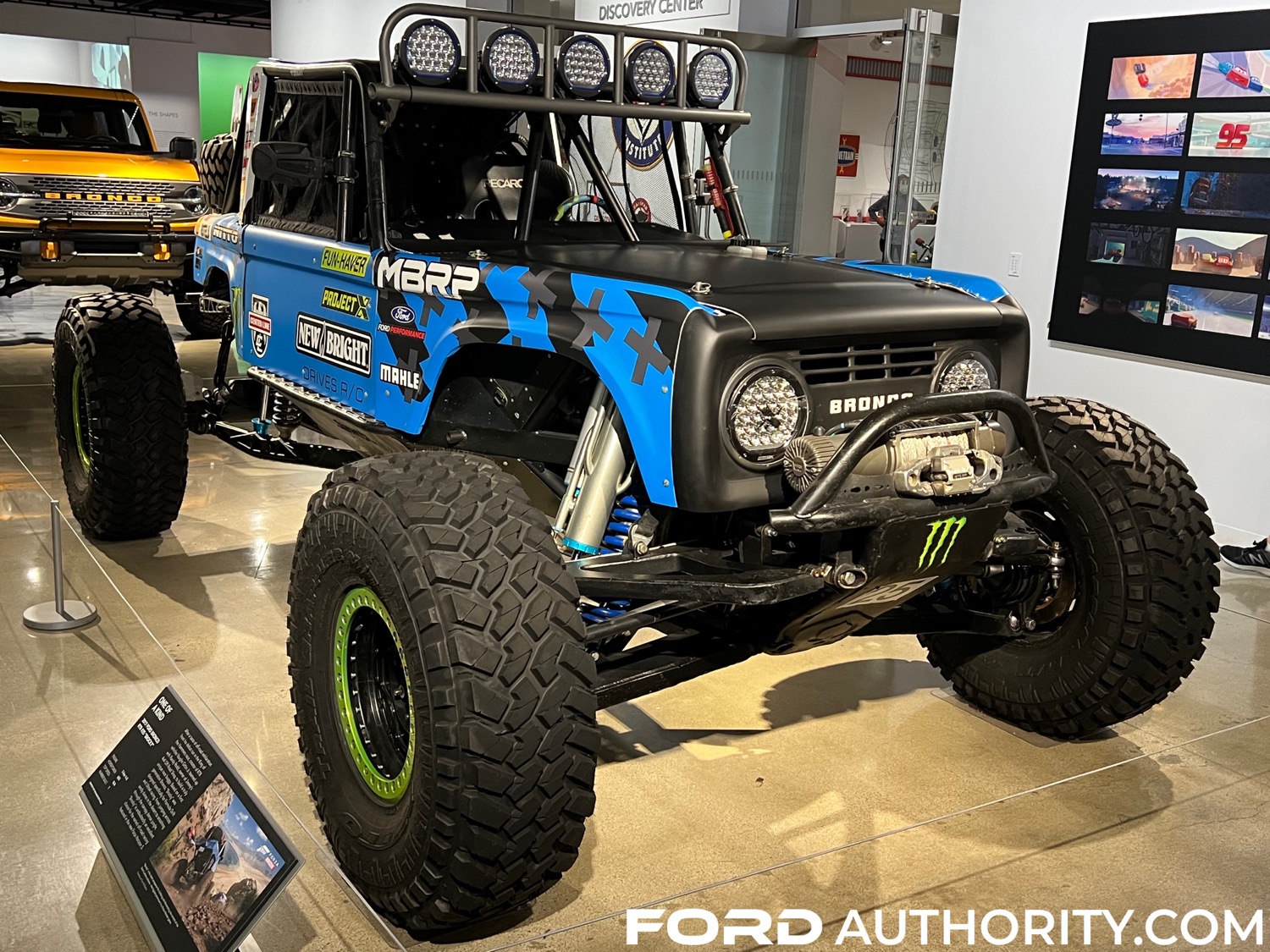 Vaughn Gittin Jr. is a man who wears many hats, competing in Formula Drift and the Ultra4 Racing series behind the wheel of Ford Mustang and Ford Bronco racers, while also serving as a Ford Performance spokesperson and creating and running RTR vehicles, which makes and sells parts and accessories, as well as turnkey vehicles. Recently, we’ve seen Gittin Jr. do his thing with more than one sixth-generation Bronco, which have appeared at both SEMA and Moab, and now, we’re getting a better look at one of his older models, as Ford Authority recently spotted the 2017 Ford Bronco RTR racer on display at the Petersen Automotive Museum in Los Angeles. 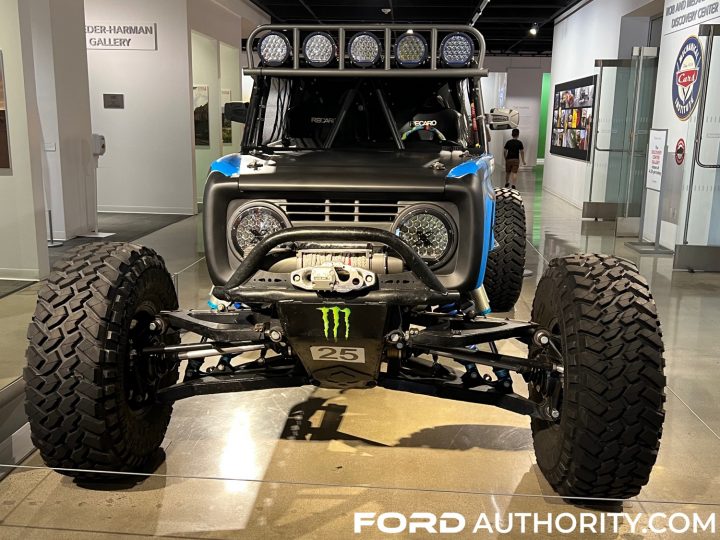 Following successful stints in Formula Drift, Gittin Jr. got to experience the King of the Hammers off-road race for the very first time and immediately became hooked after becoming the very first crossover driver to finish in the top 10. Thus, he teamed up with Randy Rodd, owner of Jimmy’s 4×4 Off-Road Shop, to build a special, one-off buggy for the following year’s race, and the result is this – the 2017 Ford Bronco RTR racer affectionately nicknamed “Brocky.” 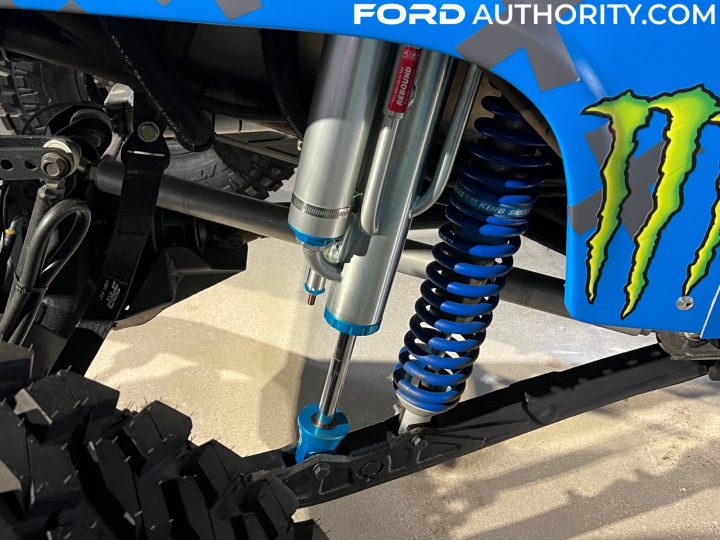 Brocky is loosely based on a first-generation Ford Bronco, and designed specifically to dominate the grueling obstacles present at King of the Hammers. It’s powered by a rather large 427 cubic-inch Ford Z427 V8 crate engine that churns out 600 horsepower – more than enough to get it across the desert as quickly as possible – as well as over various rocks and other giant obstacles. 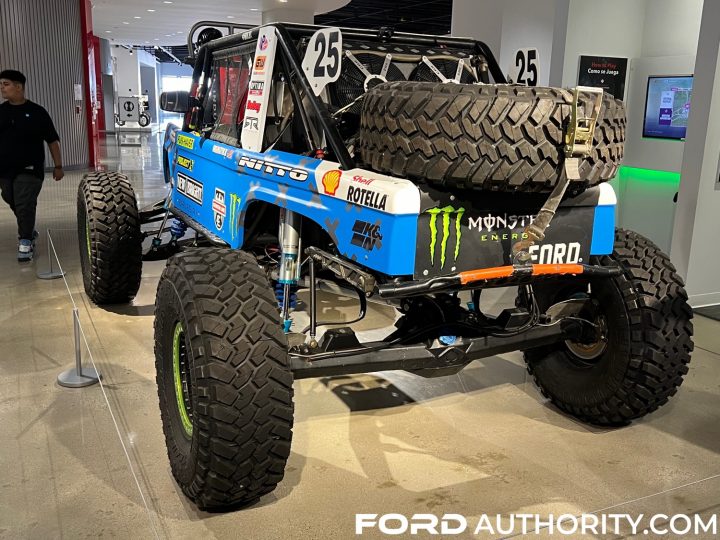 The result is a machine that’s so incredibly cool that it wound up being featured in the video game Forza Horizon 5, where it makes for the perfect vessel in which to navigate the various types of off-road digital terrain players encounter. But in real life, it arguably looks even better, although it was meant to be driven hard – not put on display in some museum.

We’ll have more cool vehicles from the Petersen to share soon, so be sure and subscribe to Ford Authority for more Ford Bronco news and around-the-clock Ford news coverage. 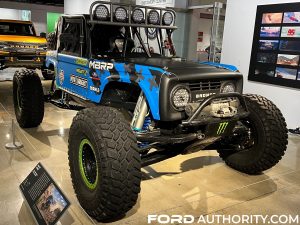 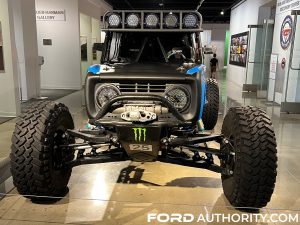 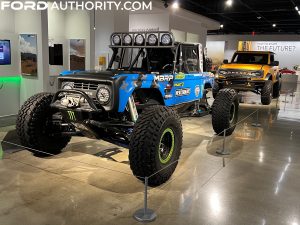 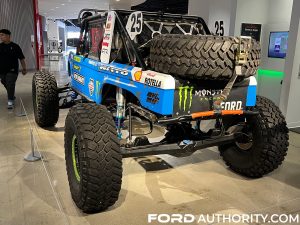 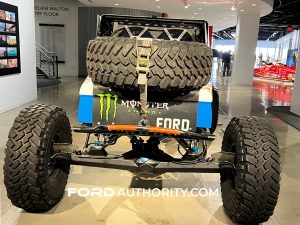 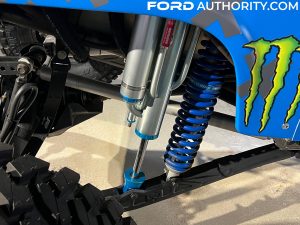