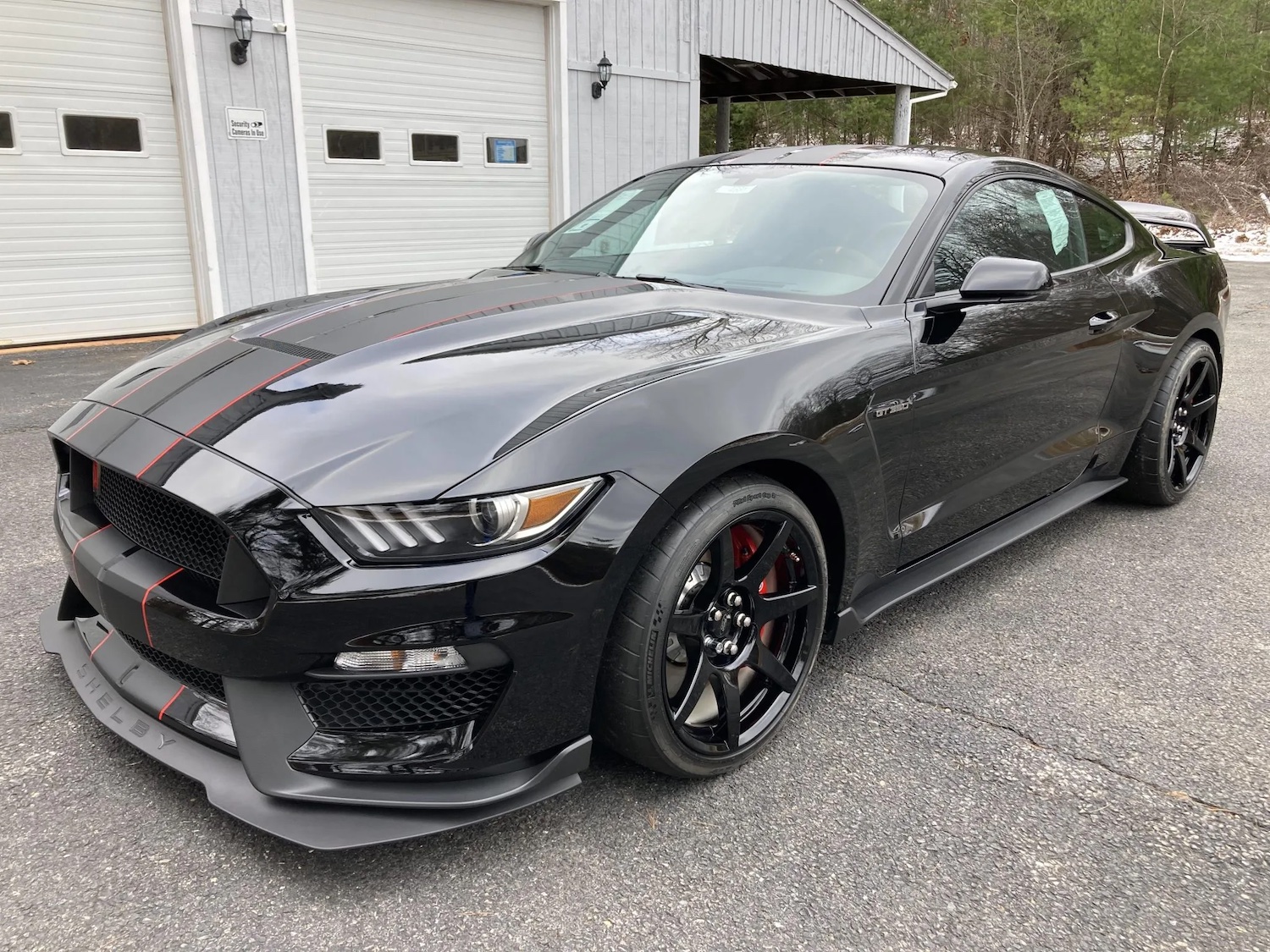 With the beloved S550-gen Ford Mustang Shelby GT500 bowing out of the lineup a couple of years ago, we’ve seen more than a few low-mile examples pop up for sale and go for good money. That includes this 2019 model with just 250 miles on the clock, as well as this 5.600-mile 2020 model. However, this pretty amazing 2020 Ford Mustang Shelby GT350R with just 18 miles on the clock currently up for grabs at Bring a Trailer looks poised to break the proverbial bank at the moment. 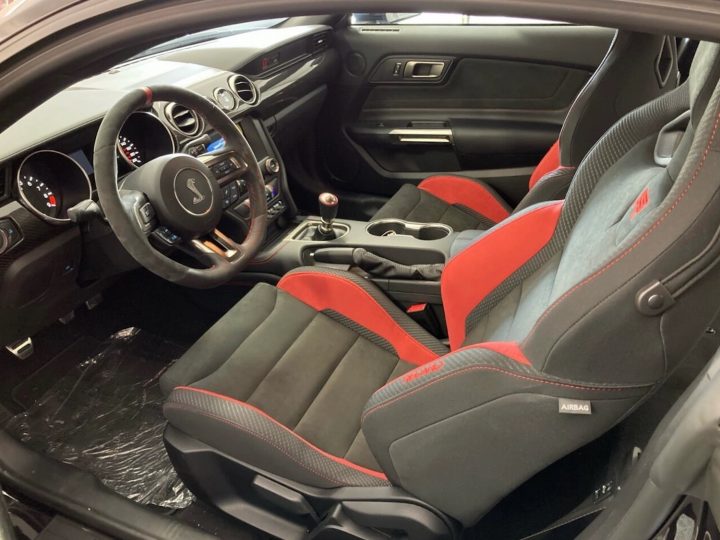 Already bid up to $80,000 with six full days to go in the auction, this 2020 Ford Mustang Shelby GT350R is a proper collector’s item, particularly since it’s the rarer, more special, track-focused version of an already track-focused car. It’s also finished in the appealing Shadow Black hue with over-the-top black racing stripes, a carbon-fiber wing, and black 19-inch carbon-fiber seven-spoke wheels wrapped with Michelin Pilot Sport Cup 2 tires measuring 305/30 up front and 315/30 in the rear. 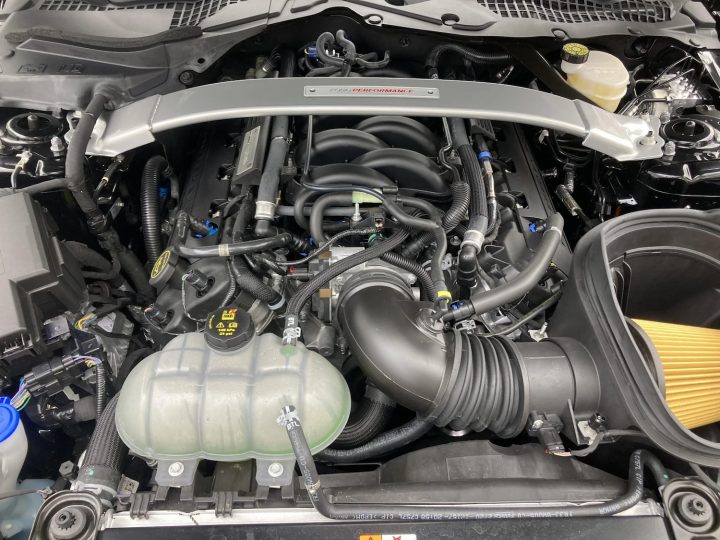 Underneath, the GT350R features a MagneRide suspension and two-piece brake rotors with Brembo calipers at all four corners, making it a competent track machine. The same goes for the focused cabin, which features Recaro sport seats trimmed in Ebony cloth and Miko suede, an Alcantara-wrapped steering wheel, carbon-fiber trim accents, and a rear seat delete, though there are some amenities present, such as air conditioning and a 12-speaker Bang & Olufsen sound system. 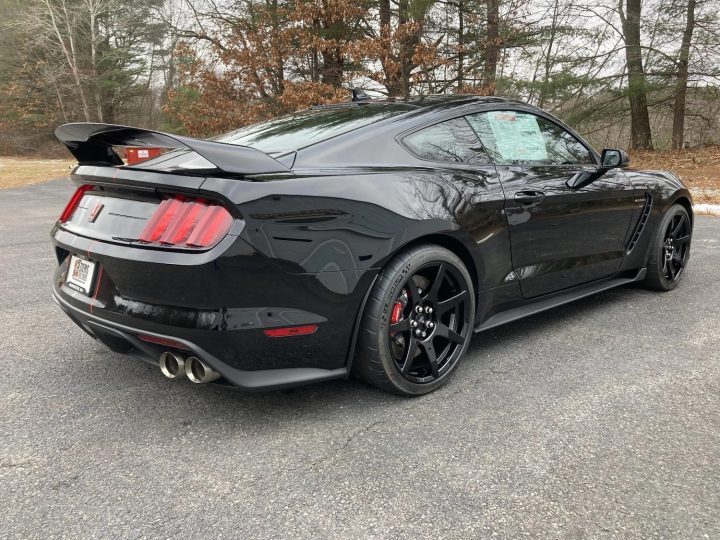 The real star of the GT350, however, is what powers it – the naturally-aspirated Ford 5.2L V8 Voodoo engine, which sounds amazing thanks to its flat-plane crank. Output is stout at 526 horsepower and 429 pound-feet of torque, which is routed to the rear wheels via a Tremec TR-3160 six-speed manual transmission and a 3.73:1 Torsen limited-slip differential. With an original MSRP of $78,020, this particular GT350R is poised to earn its seller a return on their investment, but given how special it is, that isn’t the least bit surprising.

We’ll have more cool auction finds like this to share soon, so be sure and subscribe to Ford Authority for more Ford Mustang news, Mustang Shelby GT350 news, and non-stop Ford news coverage.