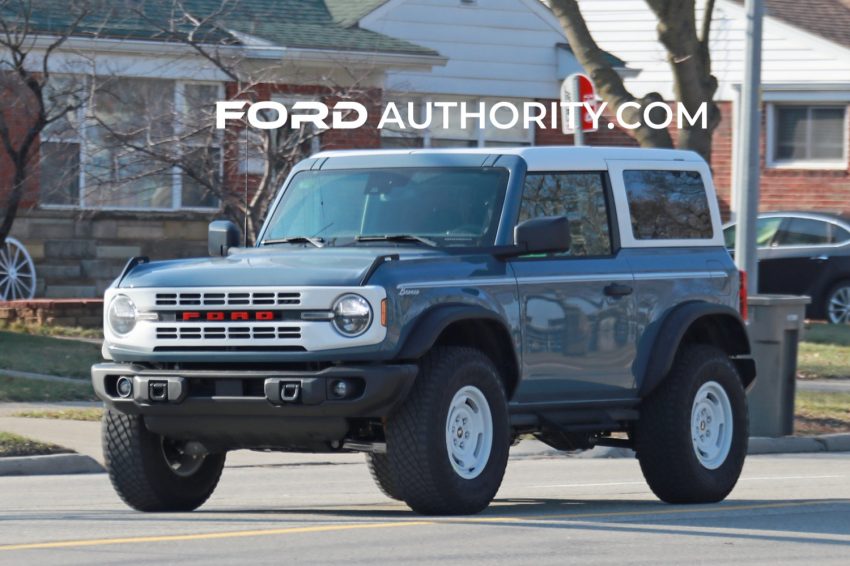 The all-new 2023 Ford Bronco Heritage Edition lineup was revealed last August, and in the months since then, Ford Authority has spotted a number of those retro-inspired vehicles out driving around. That list includes a Race Red two-door, a Race Red four-door, a Shadow Black two-door, a Robin’s Egg Blue four-door, and a Cactus Gray two-door. Now, Ford Authority has spotted yet another 2023 Ford Bronco Heritage Edition model out and about – this Azure Gray two-door – giving us another look at this retro-styled ride. 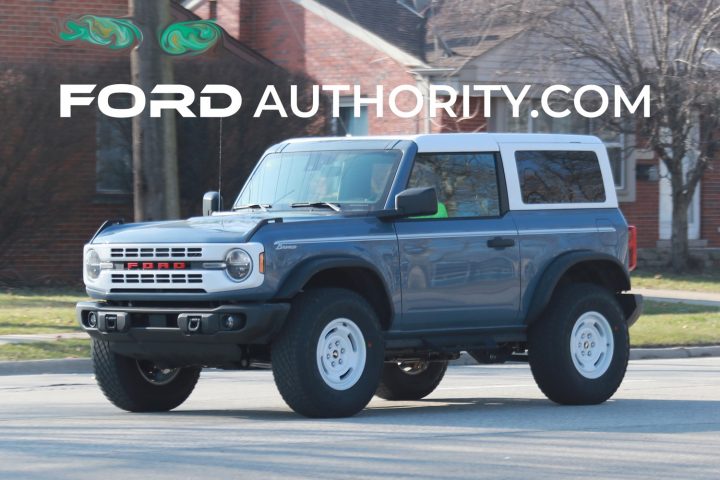 As is the case with other Heritage Edition models, this Azure Gray example features a two-tone paint job with Oxford White accents including the modular hardtop, the front grille – which is also adorned with Race Red “Ford” lettering, 17-inch aluminum heritage wheels, and a bodyside stripe. 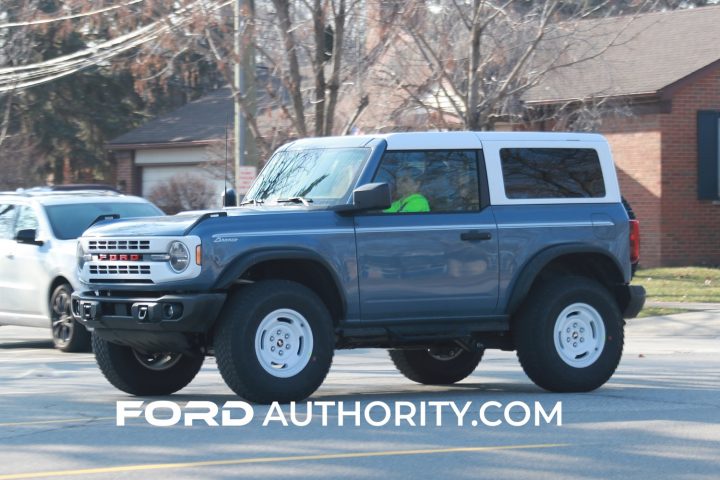 Other notable exterior features include squared-off Sasquatch-width fender flares inspired by the first-gen Bronco that give it a two-inch wider track and a powder-coated steel capable front bumper with built-in recovery points and integrated fog lamps. The Bronco Heritage Edition is available in five different exterior colors – Shadow Black, Azure Gray, Carbonized Gray, Cactus Gray, and Race Red – is based on the Big Bend trim, and is only available with the Mid package. 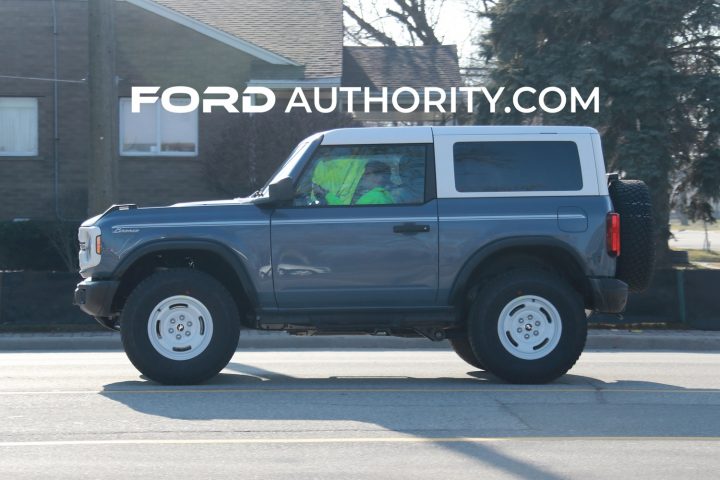 As such, the Bronco Heritage Edition comes equipped with the turbocharged Ford 2.3L I-4 EcoBoost engine and seven-speed manual transmission or the 10-speed automatic as an option. Inside, Bronco Heritage Edition units feature plaid cloth seats, an Oxford White instrument panel, center console badging, and front and rear floor liners. 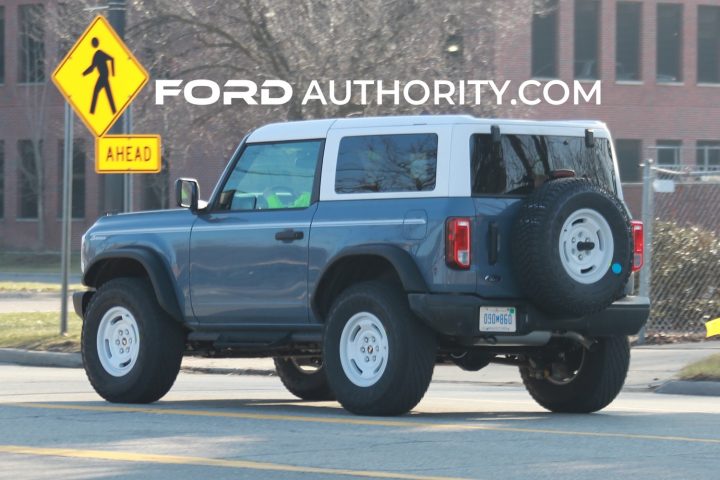 The 2023 Ford Bronco Heritage Edition features an MSRP of $34,245, but was initially listed as a late availability item, meaning that it wasn’t available when the 2023 Bronco launched. Unlike the Heritage Limited, the Heritage isn’t a limited-production product, though it is being prioritized for carryover reservation and order holders.