Entering its third model year of production, the 2023 Ford Bronco Sport has received a handful of minor changes, as well as a big one – the launch of the all-new Heritage Edition models. However, as various supply chain issues continue to plague automotive production, the rugged crossover is also facing some additional changes for the new model year. That list now includes a reduced capacity amplifier option, sources familiar with the matter have told Ford Authority. 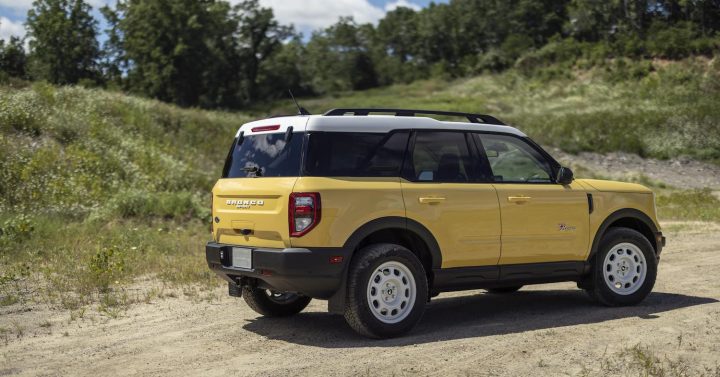 2023 Ford Bronco Sport production has added what is officially called the Reduced Capacity Amplifier option into the lineup, which is required when the regular amp is not available – though the option is not mandatory at this time. The option is part of the Outer Banks, Badlands, and Heritage Limited trims, as each can be ordered with the B&O 10-speaker sound system, which includes a subwoofer. The option does not apply to Bronco Sport models equipped with the standard audio system, however.

The 2023 Ford Bronco Sport isn’t alone in this regard, either, as a number of other FoMoCo models have received changes to their stereo systems amid ongoing constraints in recent months. That includes the 2023 Lincoln Aviator – which recently lost its subwoofer and amplifier on certain configurations – as well as the 2023 Lincoln Corsair and Lincoln Nautilus, both of which recently gained a subwoofer delete option. 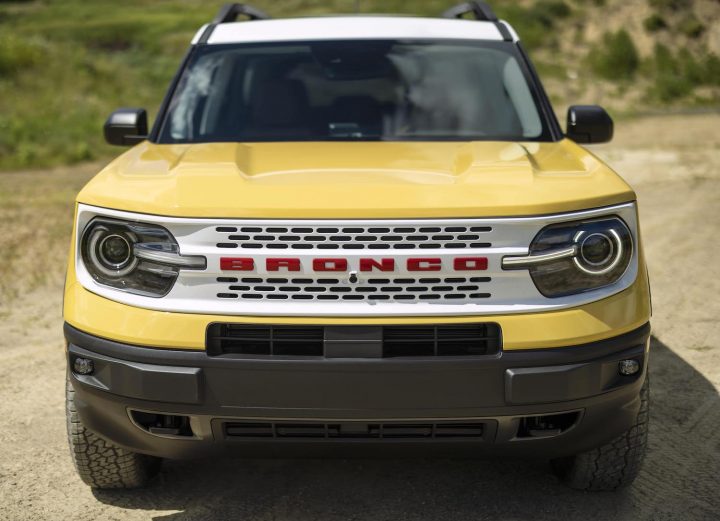 As for the Bronco Sport’s big brother – the Ford Bronco – that SUV also added a number of speaker removal options last month – with its subwoofer delete option becoming mandatory roughly a week later. That particular option deletes the subwoofer from models equipped with the standard sound system, which typically has seven speakers including the subwoofer. This option pertains to Base, Big Bend, Black Diamond, Outer Banks, Badlands, Wildtrak, Everglades, Raptor, and Heritage Edition series models, though it seems as if this will apply to all non-B&O sound systems moving forward.

We’ll have more on the Bronco Sport soon, so be sure and subscribe to Ford Authority for more Ford Bronco Sport news and ongoing Ford news coverage.