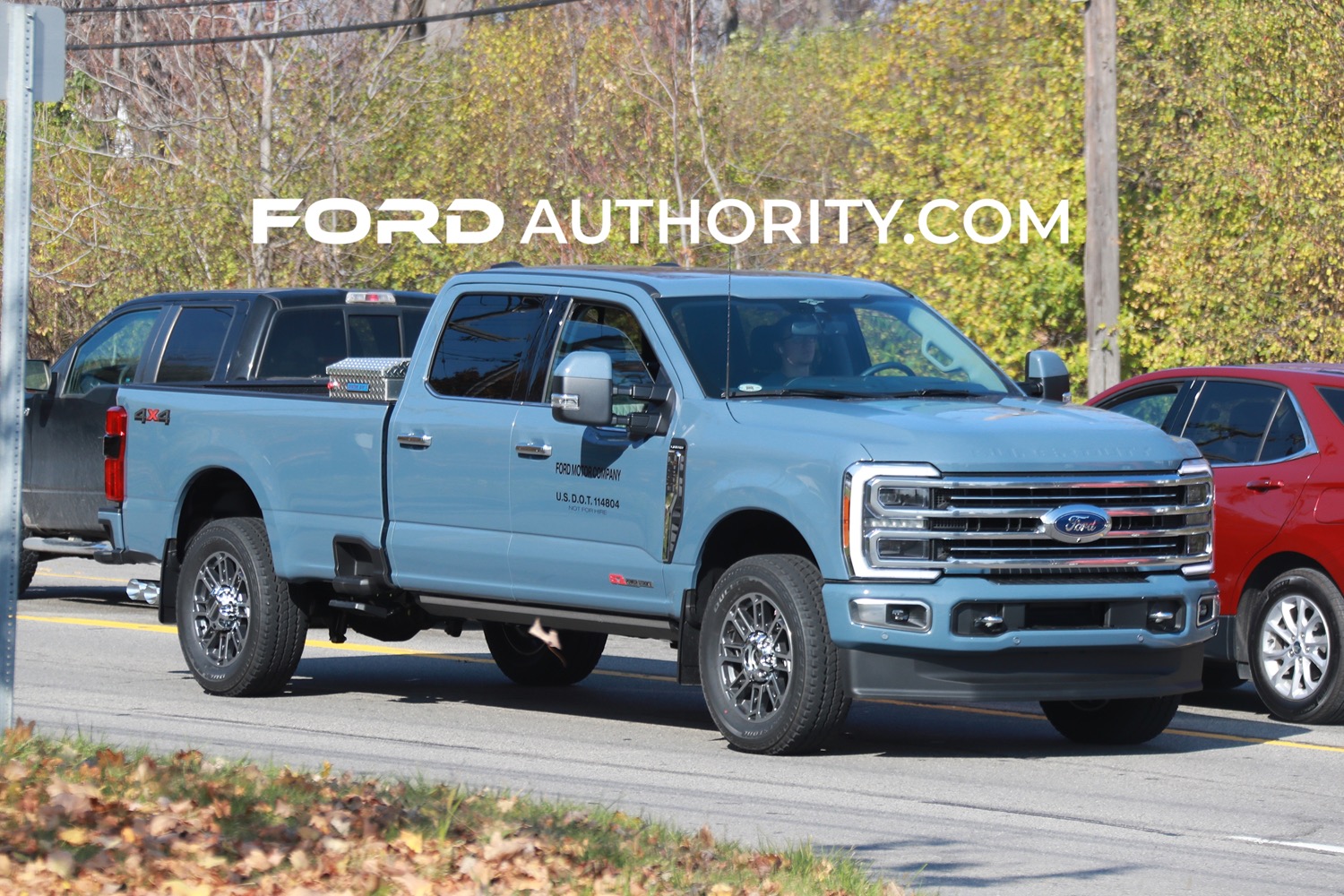 The 2023 Ford Super Duty was officially revealed back in September, and in the months that have passed since then, Ford Authority has spotted the new pickup out driving around sporting all sorts of colors, configurations, and trim levels. That list includes more than one finished in the top-level Limited trim, including an Azure Gray F-350, a Stone Gray F-350 with the FX4 Off-Road Package, and a Rapid Red F-450, to name just a few. Now, Ford Authority has come across yet another version of the new pickup – a 2023 Ford F-250 Super Duty Limited finished in Azure Gray. 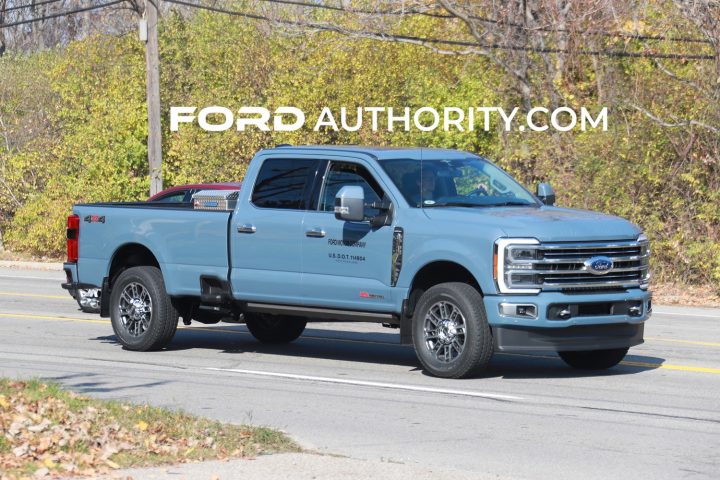 Sporting the top trim in the lineup, this 2023 Ford F-250 Super Duty Limited is packing a slew of upgrades, as one might imagine. Available only in Crew Cab configuration, Limited-trimmed trucks can be spotted from the outside thanks to the presence of body-color front and rear bumpers, power deployable running boards, a chrome exhaust tip, a unique satin finish grille, satin door and tailgate handles with body-color surrounds, a satin tailgate appliqué, a standard twin-panel power moonroof, remote tailgate release, chrome front tow hooks, and 20-inch polished and Dark Carbonized Gray-painted aluminum wheels. 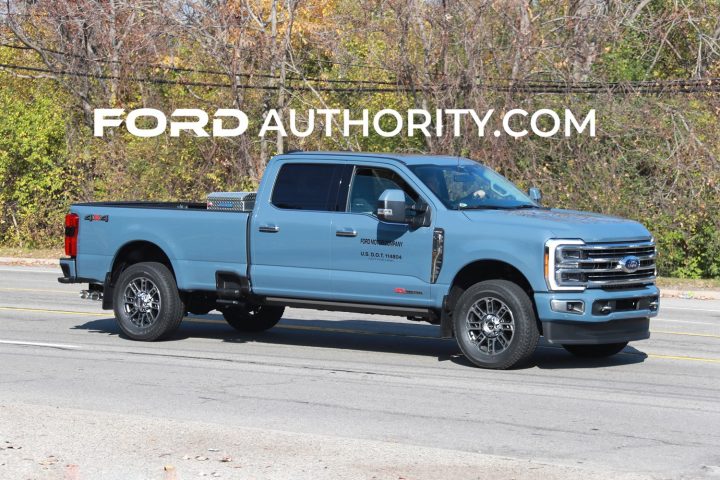 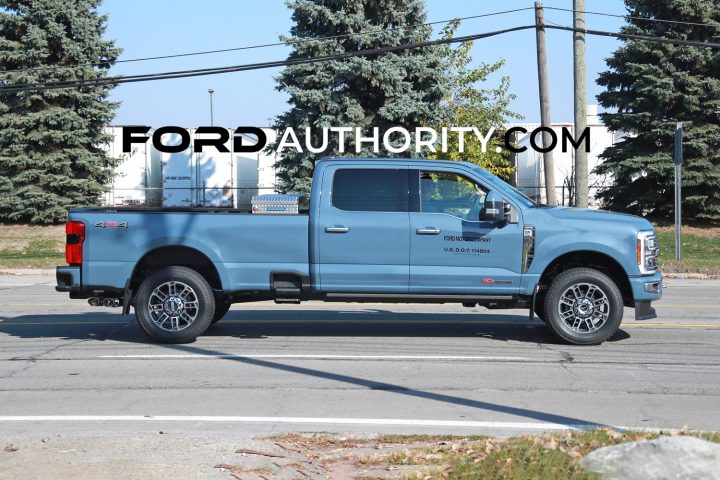 As is the case with all 2023 Super Duty models, this version represents a total redesign for the venerable pickup, complete with new exterior styling and a brand new cab, bedside steps, and an integrated tailgate step, the latter of which doesn’t impact the truck’s approach and departure angles, as Ford Authority recently reported. 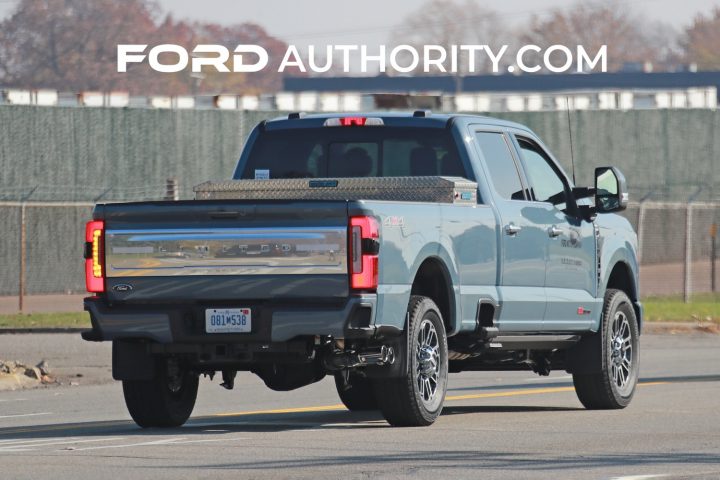 Consumers showed immediate interest in the 2023 Ford Super Duty following its debut, as The Blue Oval took a significant 50,000 orders in the first week order banks were open – a number that grew to 150,000 by the end of November and 245,000 at the conclusion of December. Initial Job 1 production of the brand new pickup will begin in early 2023 for XL, XLT, and Lariat trims in all cab configurations, engines, and series, from the F-250 up to the F-600. Meanwhile, Job 2 2023 Super Duty production for King Ranch, Platinum, and Limited trims will follow in the spring, though it’s worth noting that many options are listed as late availability. 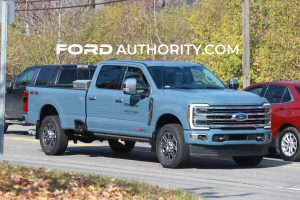 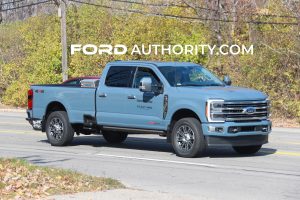 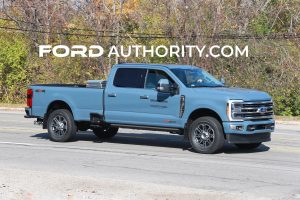 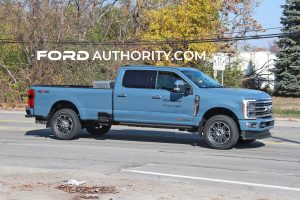 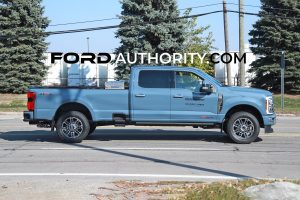 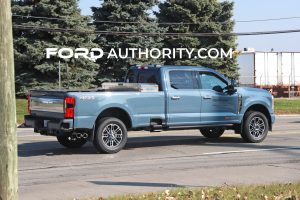 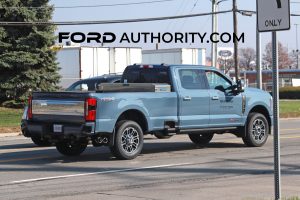 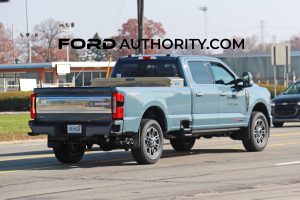 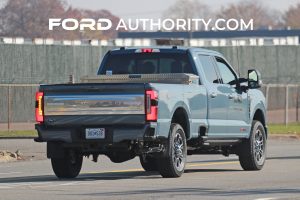