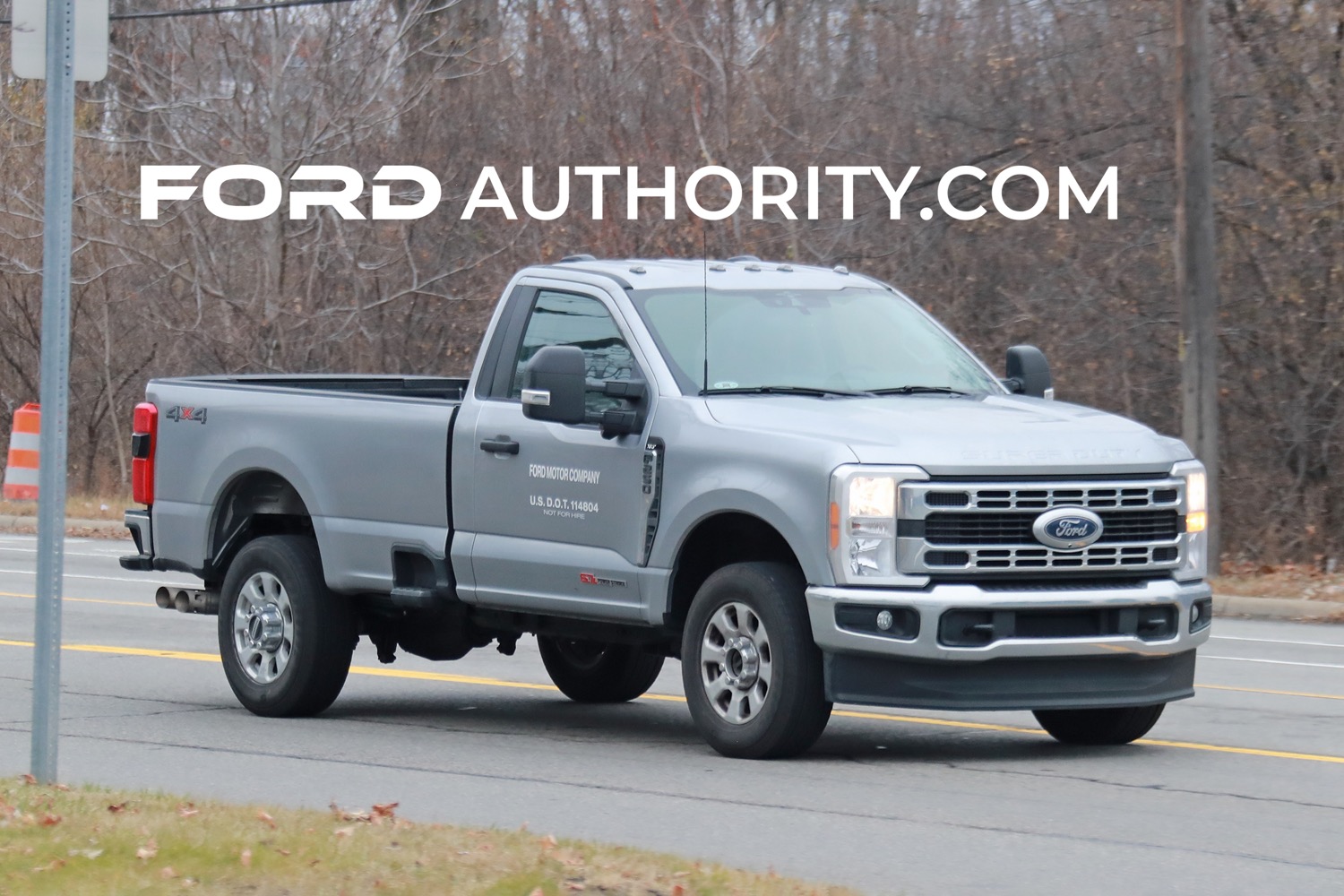 The 2023 Ford Super Duty was officially revealed back in September, and in the months since then, Ford Authority has spotted the brand new pickup out driving around in all sorts of colors, configurations, and trim levels. That list includes more than one old fashioned regular cab, such as a bare-bones XL model, as well as a better-equipped XLT. Now, Ford Authority has come across yet another version of the redesigned pickup in this configuration – a 2023 Ford F-250 Super Duty XLT regular cab, this time finished in Iconic Silver. 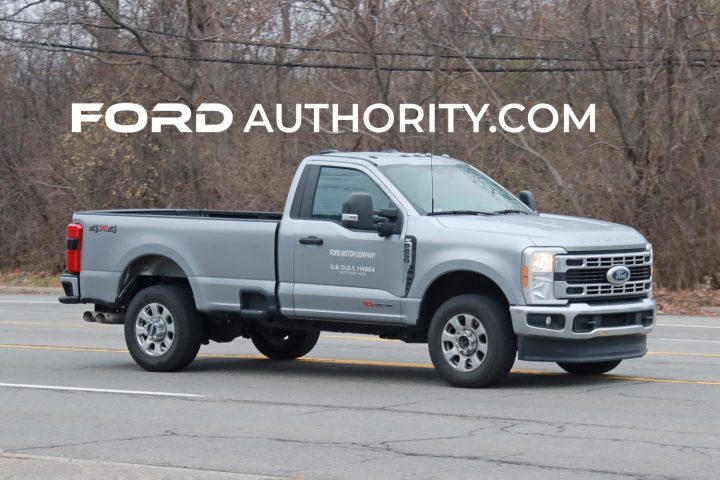 This 2023 Ford F-250 Super Duty XLT regular cab pickup is equipped with four-wheel drive, and like the previously-spied variants, wears all-new exterior styling with a set of C-clamp headlights and a new grille design up front. Moving down the side, we can see the 2023 Super Duty’s new cab, which is different from the one present on the current model, as well as its brand new bedside step, which makes it easier to reach items in the bed without having to climb in it. 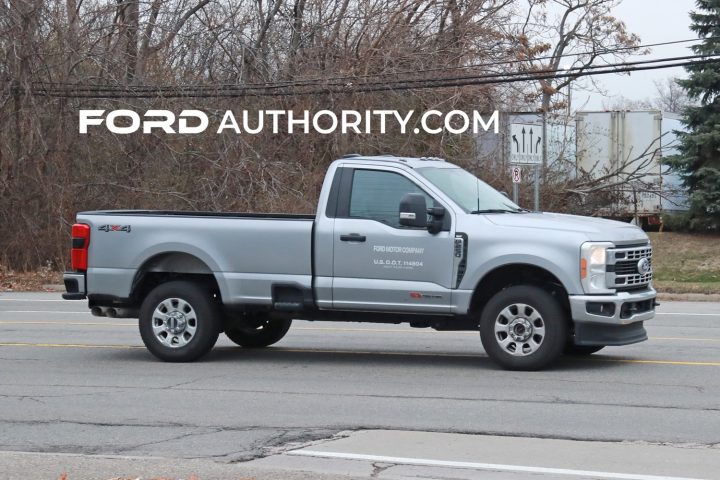 In the rear, a new taillight design flanks the tailgate, as well as a set of new integrated rear bumper steps. The 2023 Super Duty features an enhanced, integrated tailgate step to improve access as well. Inside the cabin, the new pickup has been treated to a redesign and the addition of multiple tech features, including an all-new head-up display (HUD) designed to improve safety. Under the hood, the 2023 Super Duty features a revised engine lineup with a new standard gas 6.8L V8 and both regular and high output versions of the turbocharged Ford 6.7L V8 Power Stroke Scorpion diesel, which is what this particular truck is equipped with. 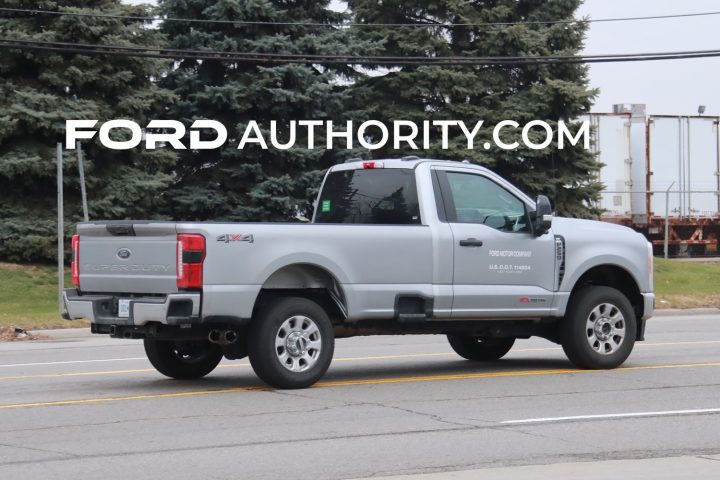 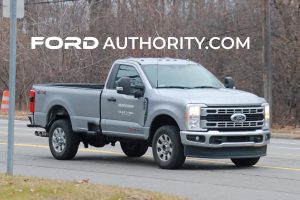 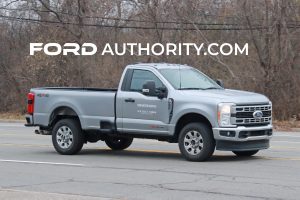 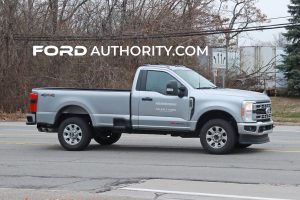 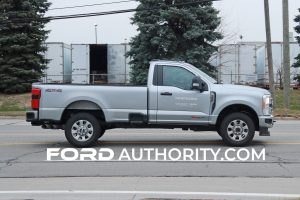 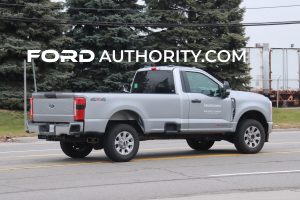 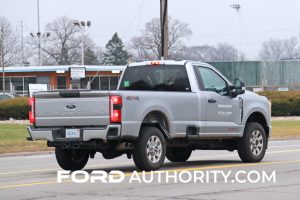