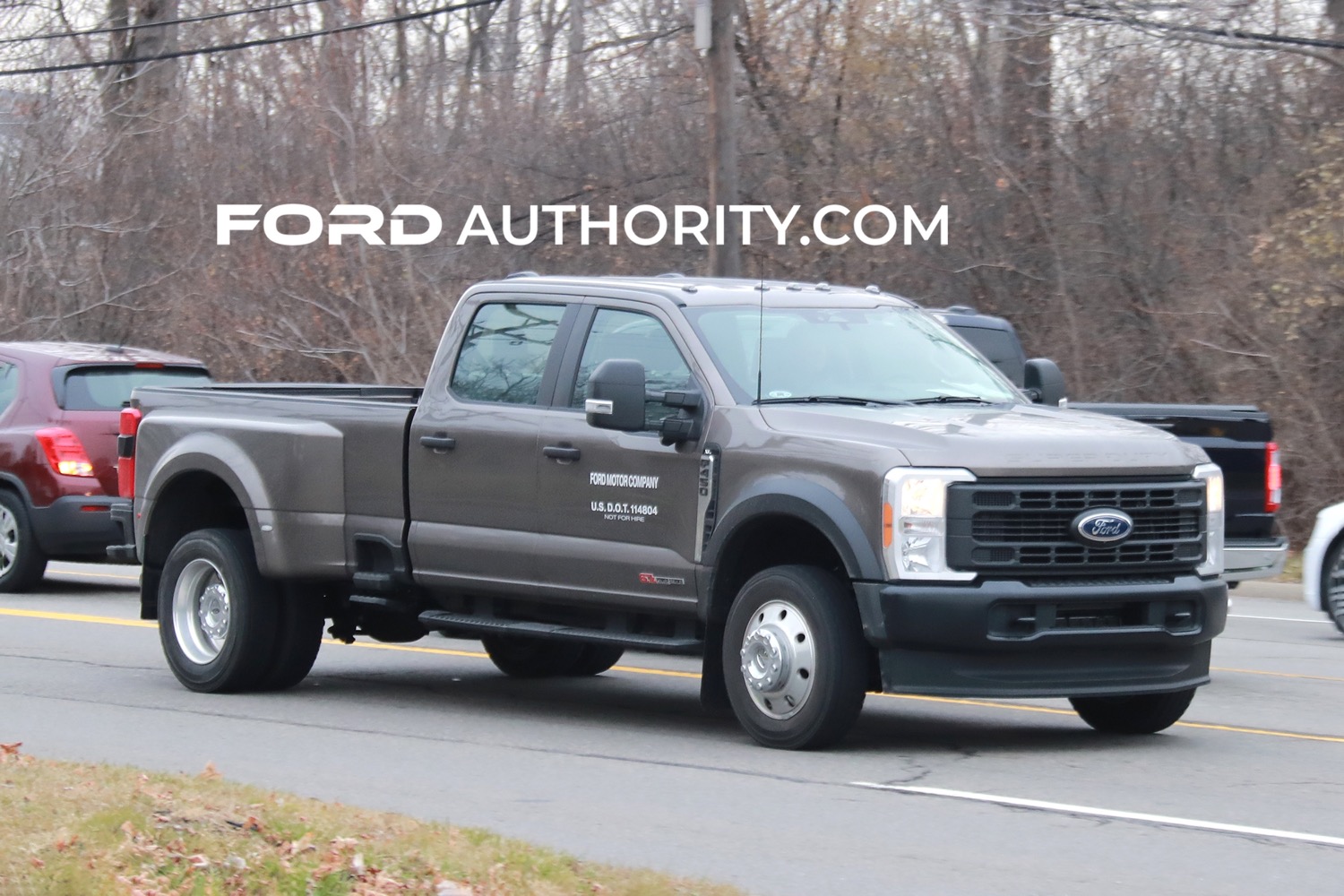 The 2023 Ford Super Duty was officially revealed back in September, and in the ensuing months, Ford Authority has spotted the brand new pickup out driving around in all sorts of colors, configurations, and trim levels. That list includes an F-350 XL SuperCab, an F-450 Lariat dually, another F-450 Lariat dually, an F-450 XLT Chassis Cab, and an F-450 Limited dually, to name just a few. Now, Ford Authority has come across yet another version of the new pickup – a 2023 Ford F-450 Super Duty XL Crew Cab finished in Stone Gray Metallic. 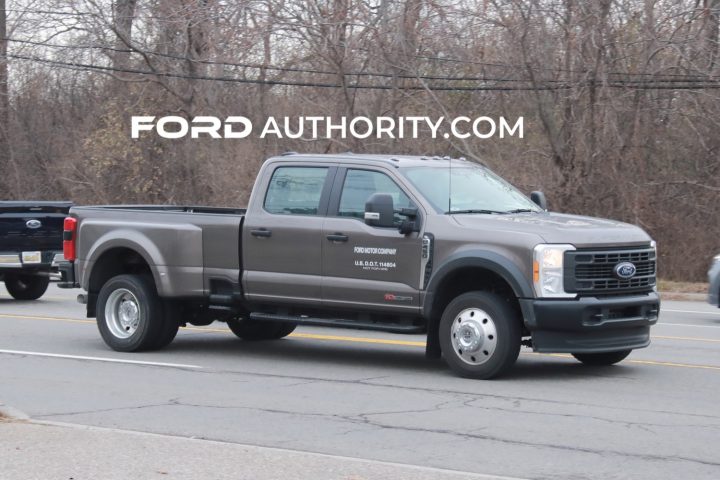 The 2023 Super Duty represents a total redesign for the venerable pickup, complete with new exterior styling and a brand new cab, bedside steps, and an integrated tailgate step, the latter of which doesn’t impact the truck’s approach and departure angles, as Ford Authority recently reported. 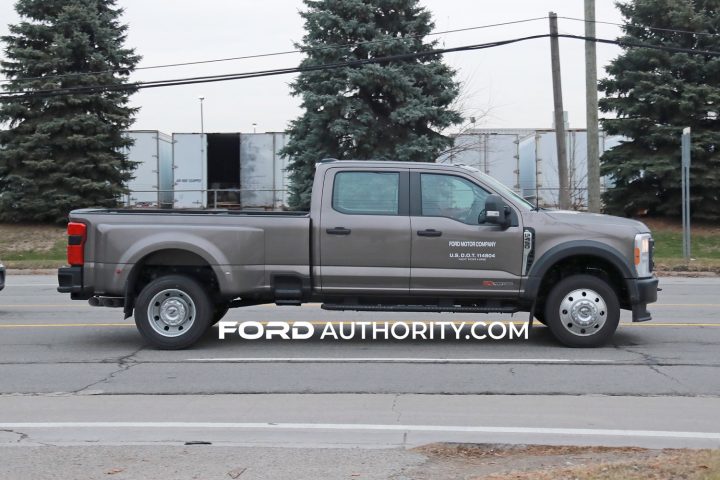 Inside the cabin, the new Super Duty has been treated to a redesign and the addition of multiple tech features, including an all-new head-up display (HUD) designed to improve safety. Under the hood, the 2023 Super Duty features a revised engine lineup with a new standard gas 6.8L V8 and both regular and high output versions of the turbocharged Ford 6.7L V8 Power Stroke Scorpion diesel. 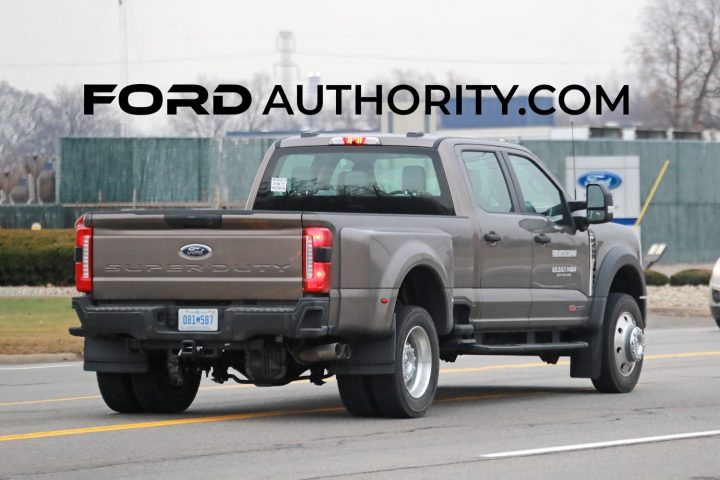 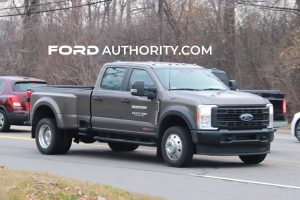 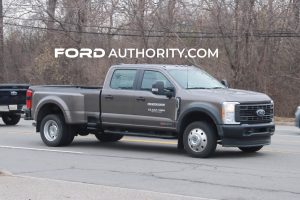 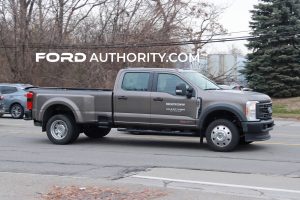 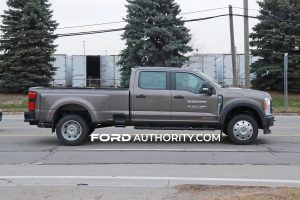 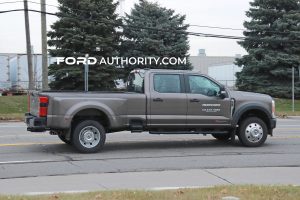 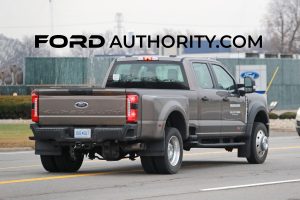