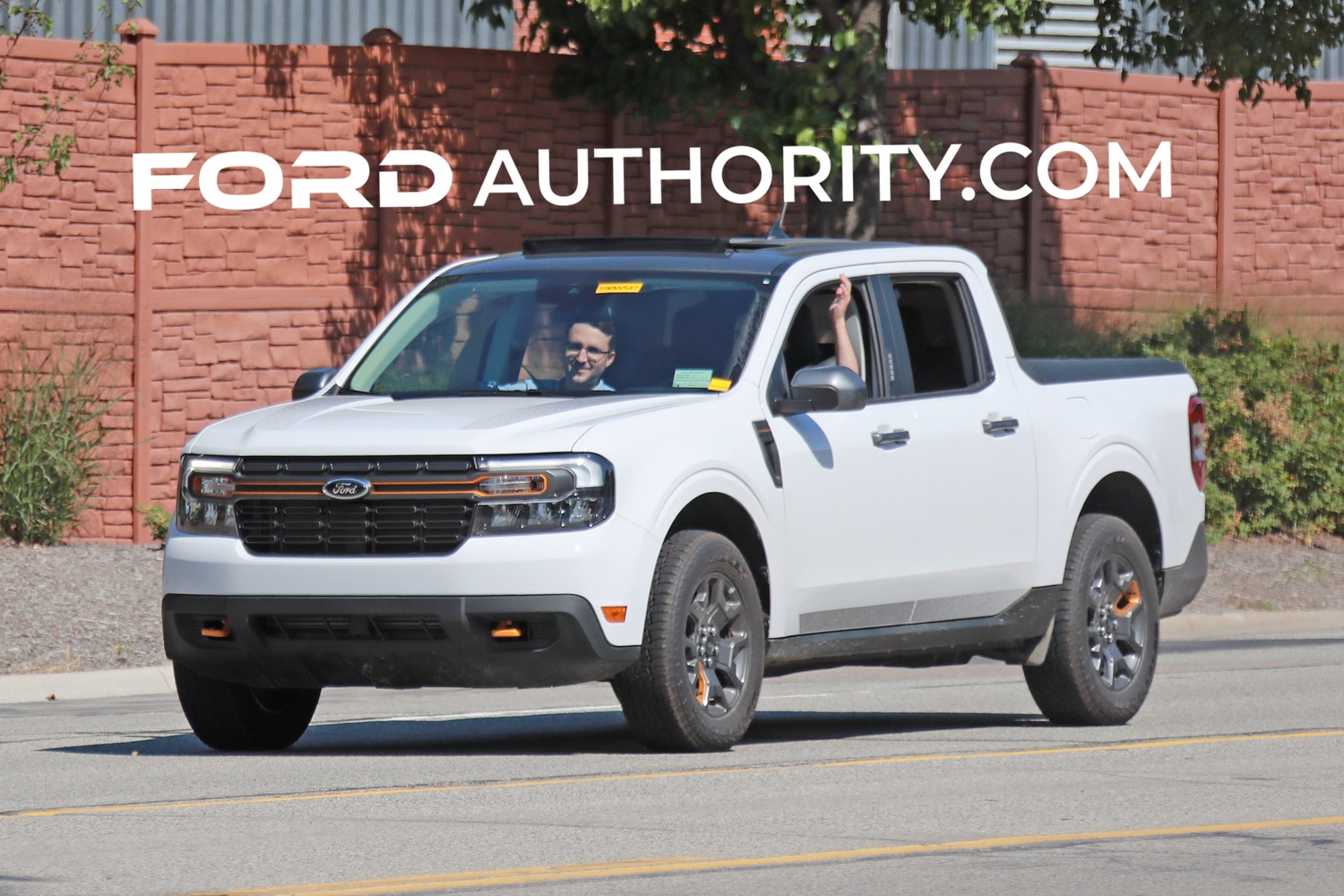 The 2023 Ford Maverick ushers in the highly popular compact pickup’s second model year, bringing with it just a few changes and updates. Perhaps most notably is the addition of the optional Tremor Off-Road Package that brings a host of off-road-ready upgrades right from the factory. Here’s what’s new and different for the 2023 Maverick. 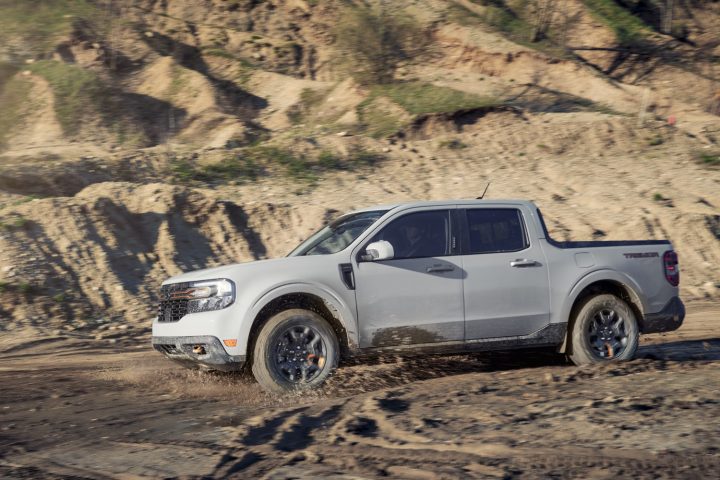 The 2023 Ford Maverick doesn’t see any changes to its relatively simple model line, and its trim level structure remains the same as that of the prior model year. The XL remains the base trim level, followed by the midrange XLT and the Lariat continuing to be the range-topping model.

Two exterior color options have been dropped from the Maverick line for the 2023 model year, while two new colors are now available. 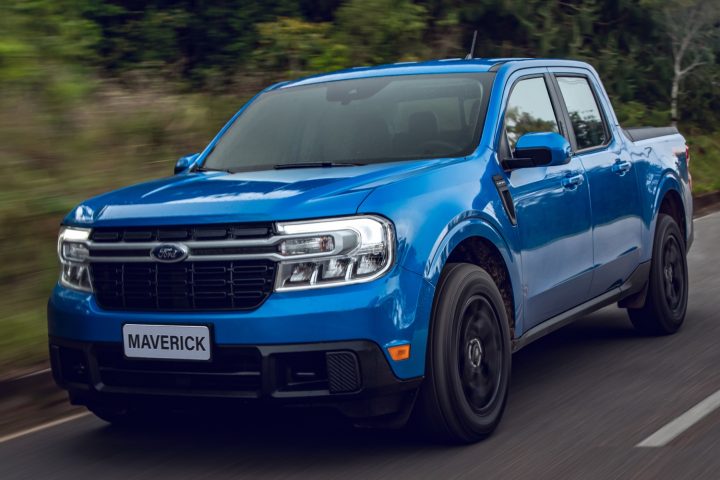 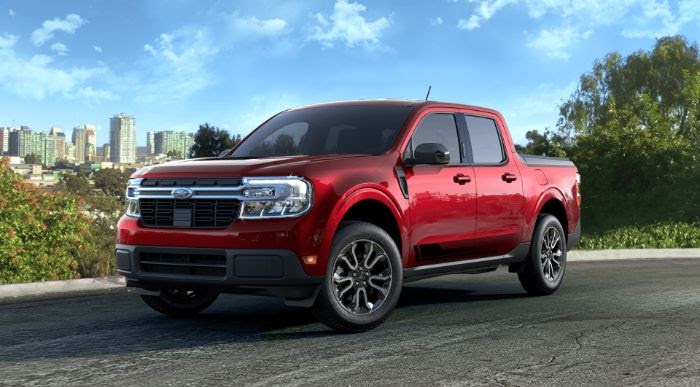 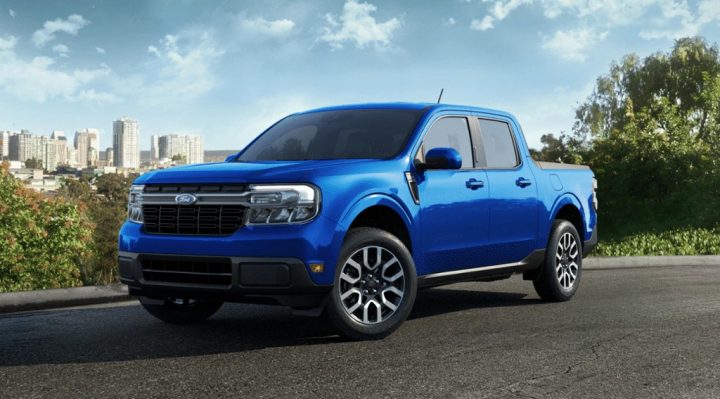 Additionally, the 2023 Ford Maverick gains two new wheel options. The first is a set of 17-inch Machined-face Tarnished Dark painted Aluminum wheels with Orange painted pockets, which are exclusively included with the aforementioned Tremor Off-Road Package. The second is a set of 18-inch Unique Machined-face Ebony Aluminum wheels, which are included with the Black Appearance Package. The 2023 Maverick powertrain lineup remains unchanged from the 2022 model year. The 2.5L I4 gasoline hybrid setup pairs a 1.1 kW battery with a 94 kW traction motor remains standard, rated at 191 horsepower and 155 pound-feet of torque. This engine is mated to Ford’s Continuously Variable Transmission (CVT), relaying power through the front two wheels for front-wheel-drive. This powertrain is standard on the Maverick XL and XLT trims.

Meanwhile, the optional turbocharged 2.0L I4 EcoBoost engine is capable of 250 horsepower and 277 pound-feet of torque. This engine is paired with Ford’s eight-speed automatic transmission with all-wheel-drive as standard. It is offered across all three trim levels.

Additionally, there are several functional features that are now available on the Maverick as standalone options rather than being included as part of a package, as they were for the prior model year. The bed tie down locking rails, the spray-in bedliner and the hard drop-in bedliner were previously offered for the optional Lariat Luxury Package, but can now be added to any Maverick trim without opting into a greater package. Additionally, the remote start system is now offered as a standalone option on XLT and Lariat trims, after being previously included exclusively with the XLT Luxury and Lariat Luxury packages. 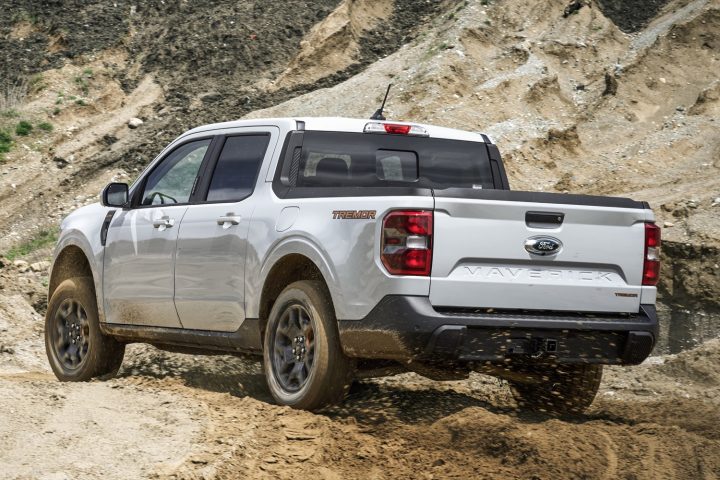 Arguably the biggest changes to the 2023 Ford Maverick are to the package lineup. As we mentioned earlier, these changes are headlined by the Tremor Off-Road Package, which can be outfitted on Maverick XLT and Maverick Lariat trims for an additional $2,995. This includes a strong off-road tuned suspension with unique front and rear shocks, Trail Control, front skid plates for underbody protection, and Advanced 4WD. It also features several selectable Drive Modes for almost any driving condition, allowing the driver to toggle between Normal, Tow/Haul, Slippery, Sand, and Mud & Ruts modes to optimize the truck’s performance off the beaten path.

The Tremor Package also includes a heavy-duty transmission cooler, a trailer hitch receiver with a four-pin connector, and several package-specific exterior elements. Exterior features that set a Tremor-equipped Maverick apart from its “regular” counterparts are a redesigned front bumper with improved approach angle, a unique grille with Tremor Orange accents and tow hooks, Black Chrome lighting elements, and the aforementioned 17-inch Machined-face Tarnished Dark Aluminum wheels with Orange painted pockets. The Tremor Orange theme is carried to the vehicle’s interior, which features Black Onyx seats with Tremor Orange stitching and logos. All-weather floor mats are also included with this package, as is an off-road screen in the vehicle’s gauge cluster.

Finally, the new Black Appearance Package – available on XLT and Lariat trims – adds black exterior and interior accents to the compact pickup, including 18-inch wheels, door handles, a grille, mirrors, seats and headlamps. This package cannot be combined with the Tremor Off-Road Package.

The 2023 Maverick is assembled at the Ford Hermosillo Assembly plant in Mexico. Production began in late August 2022, several weeks later than initially scheduled.