The 2023 Ford Mustang represents the final model year of the pony car’s sixth generation, quietly concluding a nine-year production run with only a handful of changes, including the deletion of the Mustang Shelby GT500 variant from the lineup.

The 2023 Ford Mustang drops the Shelby GT500 from its model line. This variant has been offered sporadically throughout the pony car’s life, and was most recently introduced in 2020 before bowing out after the 2022 model year. 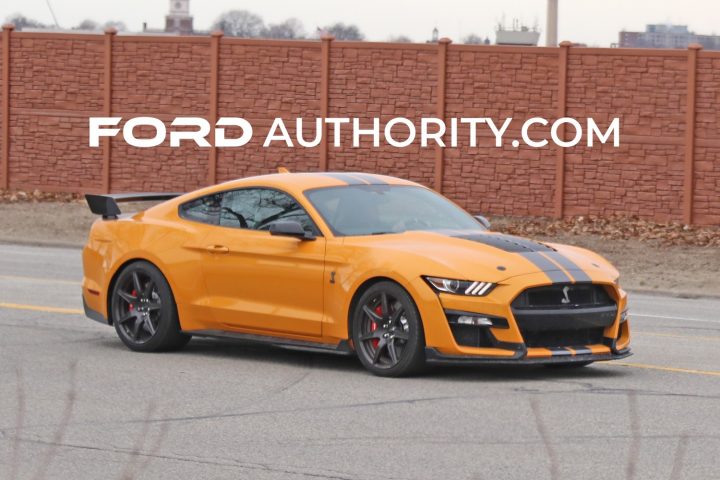 Other than that, the exterior of the 2023 Mustang remains the same.

The 2023 Ford Mustang sees no changes to its interior. No new features were introduced, and nothing was deleted. All of its features, styling and technologies remain the same. 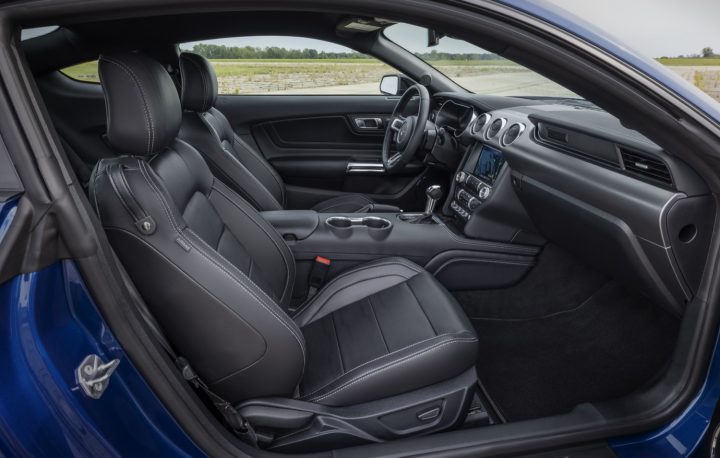 Since the Shelby GT500 variant has been deleted from the 2023 Mustang lineup, its corresponding powertrain is also unavailable. That means that the 5.2L V8 Predator engine, which produces 760 horsepower and 625 pound-feet of torque for the GT500 application, is no longer offered, along with the seven-speed dual-clutch transmission.

The 2023 Ford Mustang soldiers on with a choice of two engine options. The turbocharged 2.3L I4 EcoBoost engine, which is standard on base EcoBoost and EcoBoost Premium trims, produces 310 horsepower and 350 pound-feet of torque. It can be mated to either the six-speed manual transmission or 10-speed automatic transmission.

The naturally aspirated 5.0L V8 Coyote engine is standard on GT, GT Premium and Mach 1 trims. When outfitted in GT and GT Premium models, the eight-cylinder powerhouse produces 450 horsepower and 410 pound-feet of torque. In the Mach 1, that same engine is tuned for 470 horsepower and 410 pound-feet of torque. This engine can be paired with either the six-speed manual or 10-speed automatic transmission.

A new package, named the Nite Pony Package, is available for the 2023 Ford Mustang across all trim levels. This package includes the following content: Underpinned by the Ford S550 platform, the 2023 Ford Mustang is assembled at the Ford Flat Rock plant in Michigan. Order books for the 2023 model year closed on December 5th, 2022 and production is expected to conclude in the spring of 2023 after a relatively limited production run. 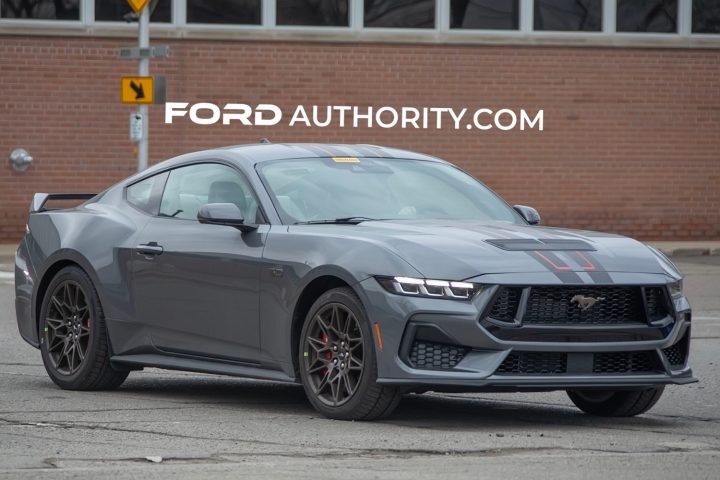 The brevity of the 2023 Mustang isn’t exactly a surprise, considering that the all-new seventh-generation 2024 Ford Mustang is on the horizon. The forthcoming pony car’s design represents a complete generational shift, as it was redesigned from the ground up inside and out. The Mustang Dark Horse was also unveiled, representing the range-topping variant for the 2024 model year and a major pivot in The Blue Oval’s racing efforts.

Additionally, it’s worth noting that the Mustang Shelby GT500 isn’t completely dead. In fact, as reported by Ford Authority back in September, the high-performance variant is on track to make a comeback in 2025 for the 2026 model year.

Want the latest on all things Ford? Be sure and subscribe to Ford Authority for more Ford Mustang news and continuous Ford news coverage.