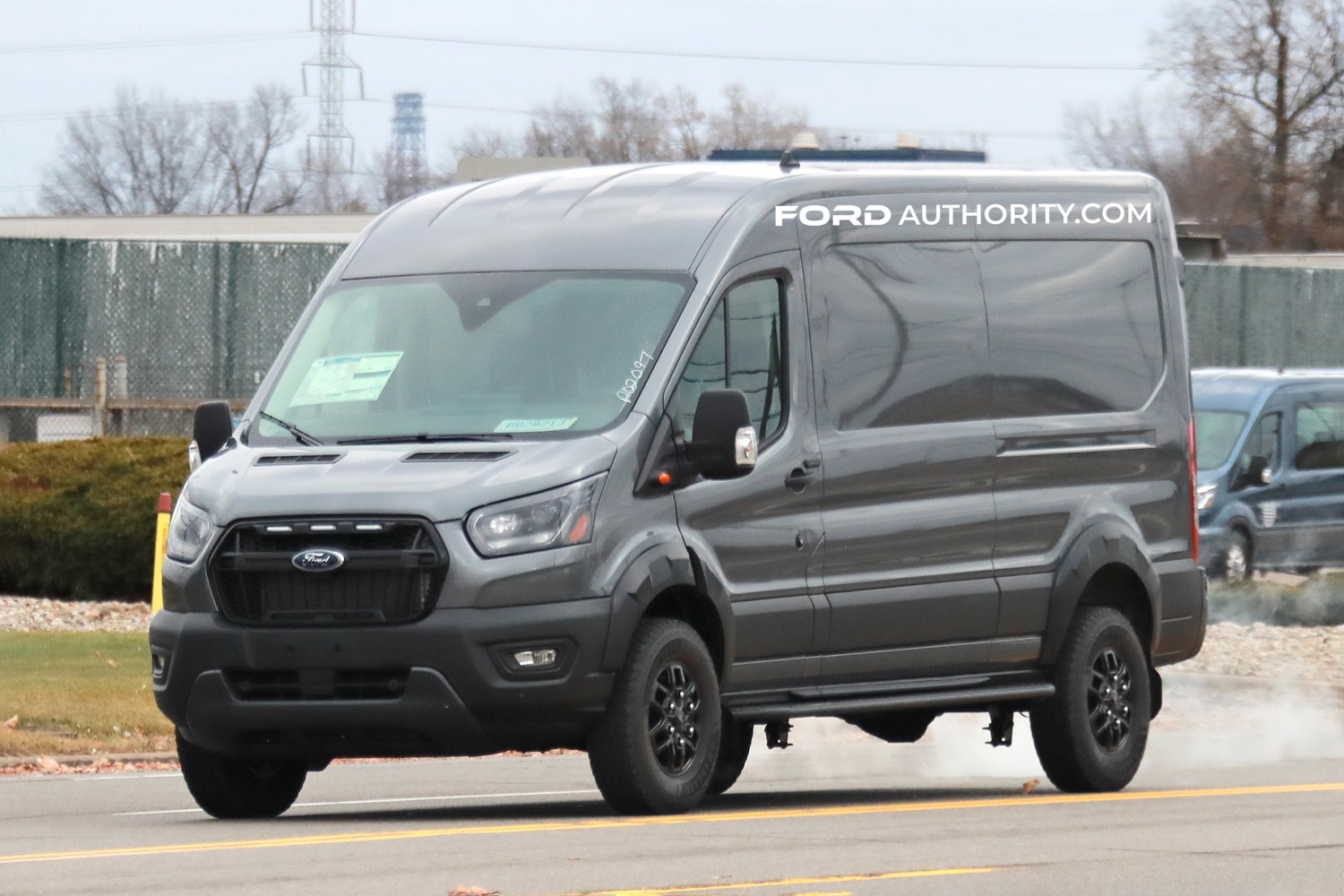 Following the debut of the U.S.-market 2023 Ford Transit Trail – which replaced the outgoing Adventure Prep Package – last November, Ford Authority spotted a blue metallic version of the rugged van driving around roughly a month later. Now, Ford Authority has also come across a 2023 Ford Transit Trail finished in Carbonized Gray, giving us yet another real-world look at the off-road-focused, upfit-ready adventure van. 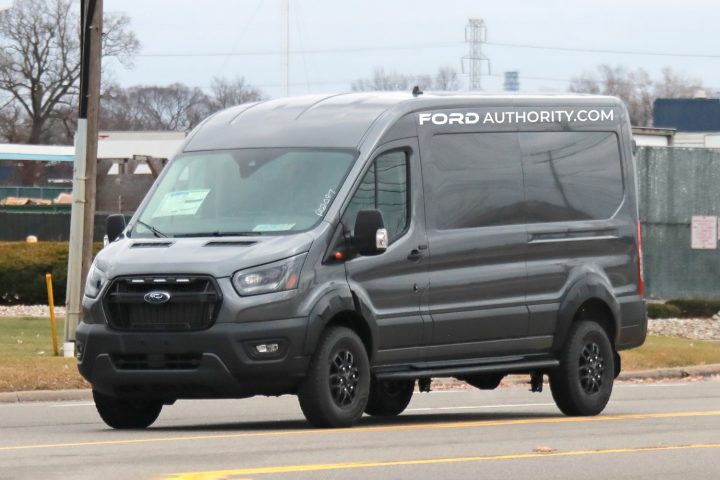 As Ford Authority previously reported, the U.S.-market Ford Transit Trail features a host of notable differences when compared to its European counterpart, including a Blue Oval-badged front grille with marker lights, versus the Raptor-like “Ford” script grille present on the Euro model. 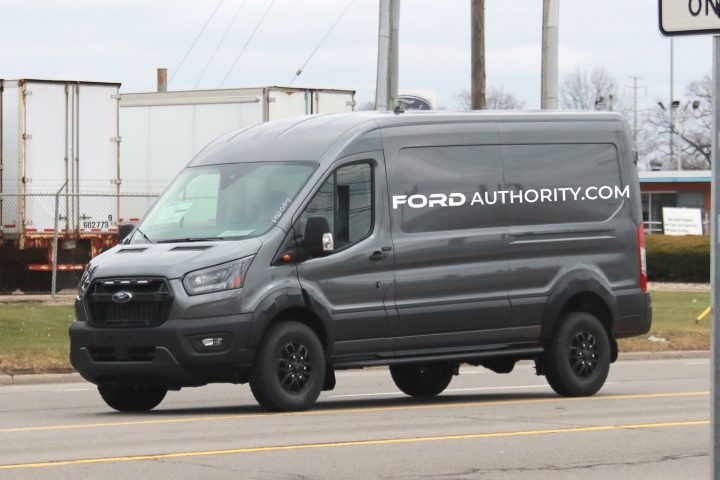 Available in three cargo van configurations – including medium- and high-roof models, as well as a high-roof extended-length variant – the Transit Trail also features a handful of other distinguishing exterior items that set it apart from other Transit models, including black HID headlamps, a skid plate-style front bumper, splash guards, wheel arch cladding, front wheel arch liners, and slider-style side steps. It boasts a 2.75-inch wider track and 3.5 inches of additional ride height compared to the regular Transit, and is equipped with 16-inch black alloy wheels wrapped with 30.5-inch Goodyear Wrangler Workhorse all-terrain tires. 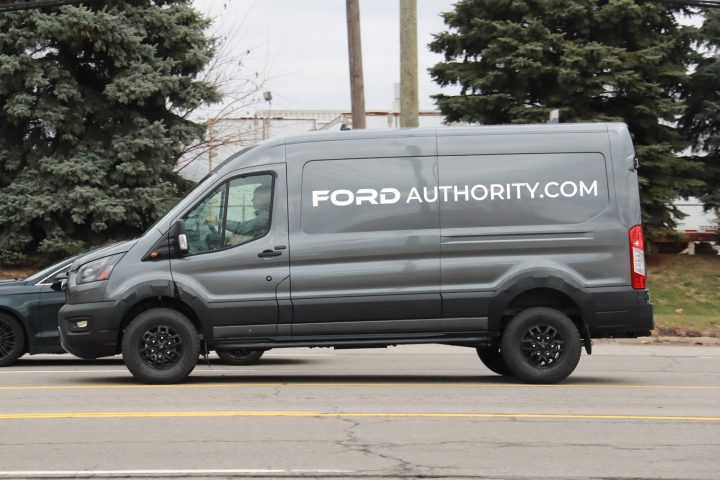 Power comes from the Ford 3.5L V6 EcoBoost engine, which produces 310 horsepower and 400 pound-feet of torque in this guise and is mated to a 10-speed automatic transmission for up to 6,500 pounds of max towing capacity. Inside the cabin, the Transit Trail comes equipped with a 12-inch infotainment screen running Sync 4, a high-resolution digital camera, 110-volt, 12-volt, and USB outlets, and is ready to upfit thanks to drillable areas designed for the easy installation of things like shelving, cabinetry, and beds, as well as an optional Upfitter Package that adds an exterior light bar and includes high-capacity upfitter switches, a larger center console, an auxiliary fuse panel with a high-spec interface connector, dual AGM batteries, and a modified vehicle wiring system. The Ford Transit Trail may very well gain even more features in the coming years, including a virtual rearview mirror and additional upfitting options, as Ford Authority recently reported. For now, the rugged new offering will be produced alongside other Transit models at the Kansas City Assembly plant, and features a starting MSRP of $65,975. 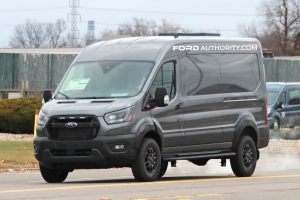 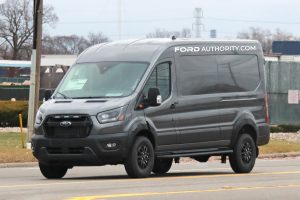 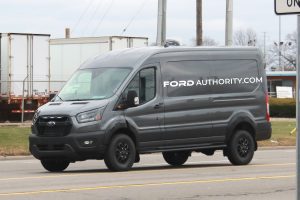 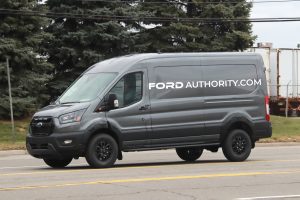 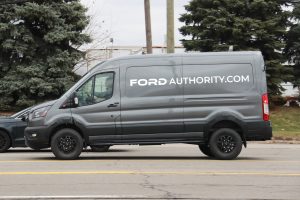 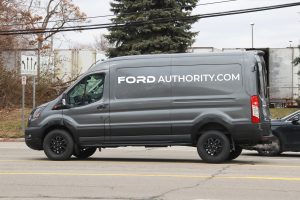 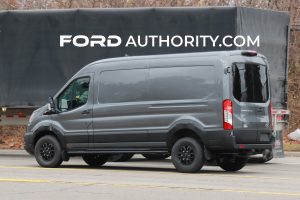 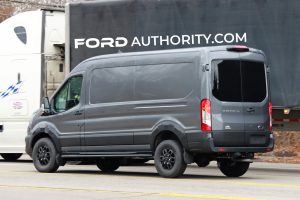