Back in September, Ford Authority reported that the Ford F-150 is expected to receive a mid-cycle refresh in 2023 for the 2024 model year, which falls right within the typical timeline for the perennially best-selling pickup after it was treated to a redesign for the 2021 model year. Then, in early December, Ford Authority spotted a 2024 Ford F-150 out testing for the very first time, and just a couple of weeks later, a Lariat trimmed model was also seen driving around, clad in heavy camo. Earlier this month, Ford Authority spotted a refreshed pickup wearing far less camo, and now, we have our first sighting of a refreshed 2024 Ford F-150 Raptor R, too. 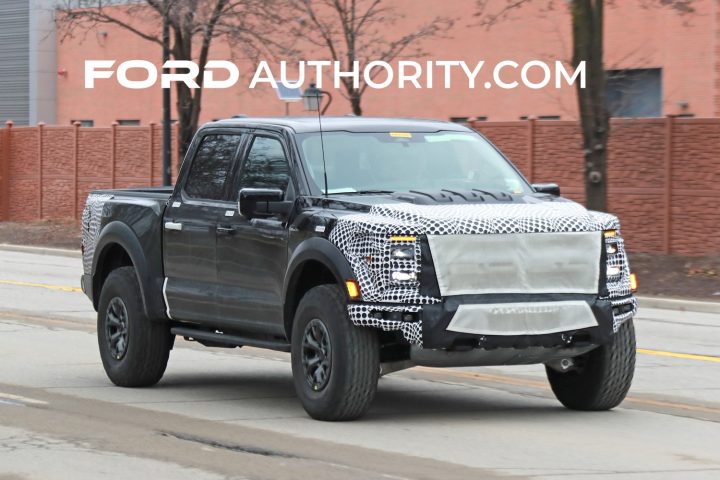 Like the current-gen version of the high-performance, V8-powered off-roader – which just debuted for the 2023 model year – the 2024 Ford F-150 Raptor R looks to be receiving some minor exterior styling updates, including what could be revised headlights and a new front bumper and/or grille design, though those parts are mostly covered up by camo on this particular prototype. 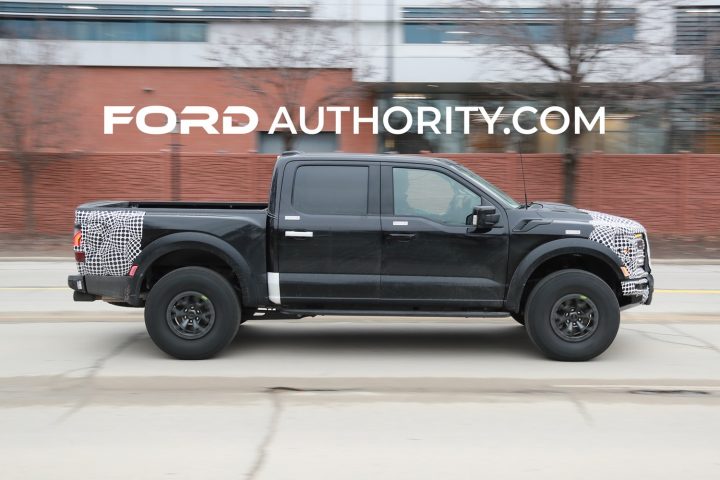 Moving down the side, this 2024 Ford F-150 Raptor R prototype looks essentially identical to the current model, right down to its cab and wheels, as well as the wider fenders that have become a signature trademark for the brawny pickup. The same goes for the rear, where the uncovered tailgate appliqué looks very much like the current model, though the taillights are an updated design that was first spotted on the prototype from early January. 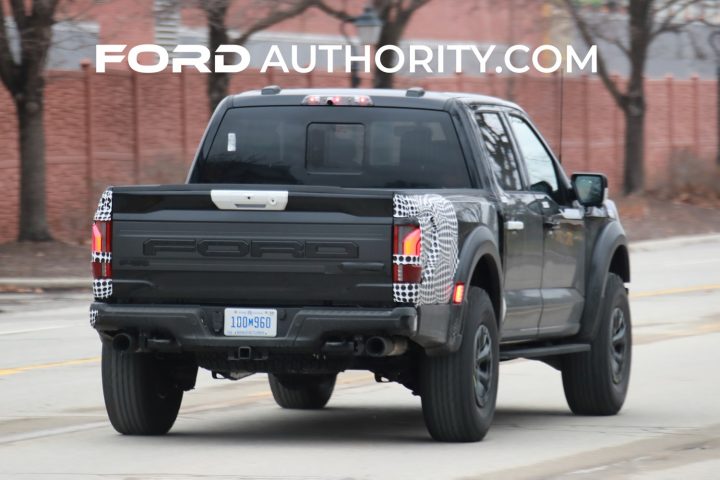 Overall, there’s nothing here that suggests that the 2024 F-150 Raptor R will be getting any sort of major updates, but that’s par for the course in terms of mid-cycle refreshes. However, as Ford Authority reported last month, the 2024 Ford F-150 may debut with a new multi-function tailgate that the automaker has been working on for several years now, which would help it better compete against the Chevy Silverado, GMC Sierra, and Ram 1500, all of which feature similar tailgates. Additionally, the 2024 Ford F-150 will likely get some interior updates as well, including a new vertical infotainment screen, as Ford Authority reported last week.

We’ll have more on the 2024 F-150 soon, so be sure and subscribe to Ford Authority for the latest Ford F-Series news, Ford F-150 news, Ford F-150 Raptor news, and continuous Ford news coverage.

2023 Ford Focus Refresh Spied For The First Time In Europe