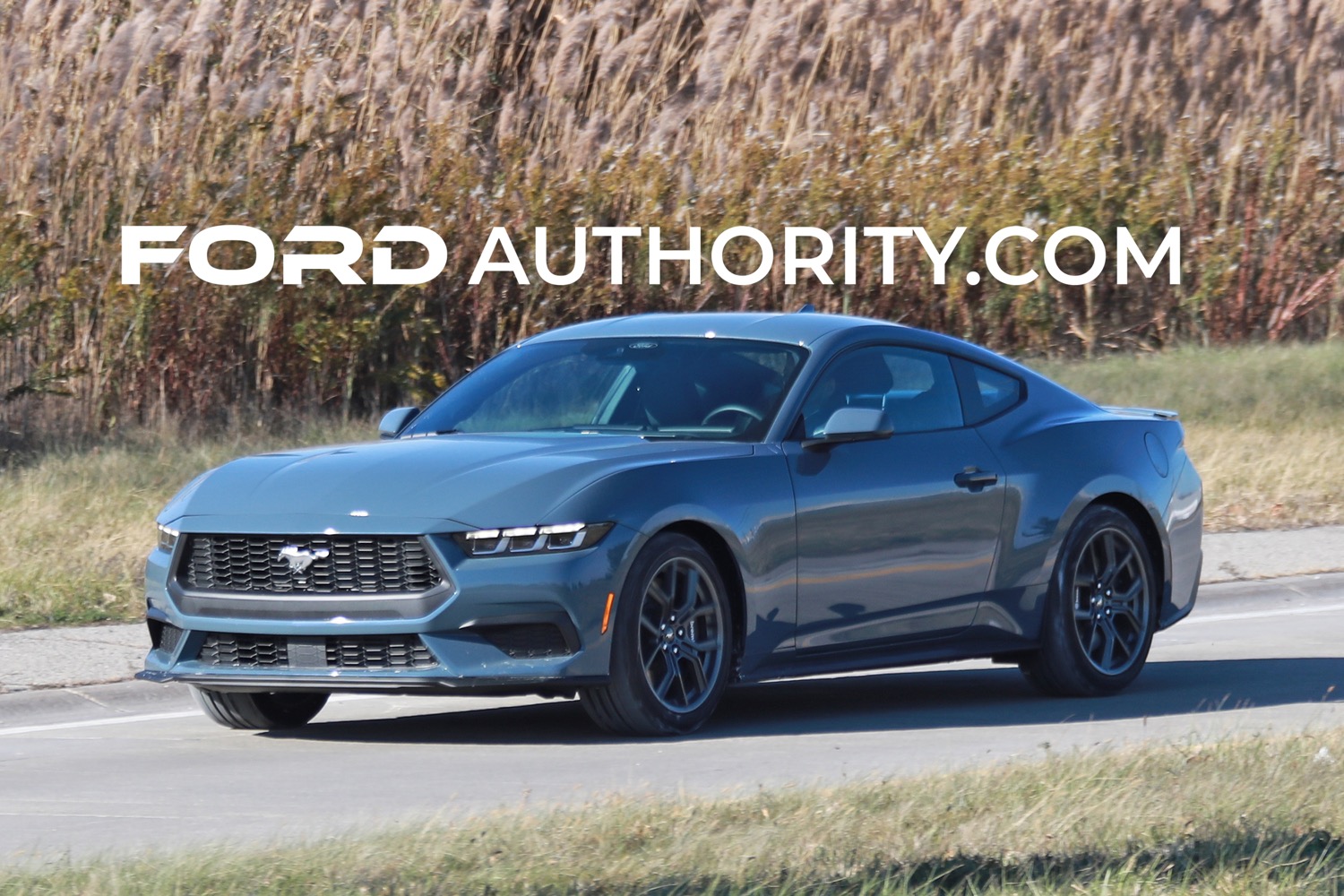 Following its reveal back in September, Ford Authority has spotted a large number of 2024 Ford Mustang models out driving around wearing different colors and equipped with all sorts of features and packages, including more than one GT finished in the brand new hue called Vapor Blue. Now, Ford Authority has come across yet another 2024 Ford Mustang EcoBoost coupe, this time painted that same color for the very first time, too. 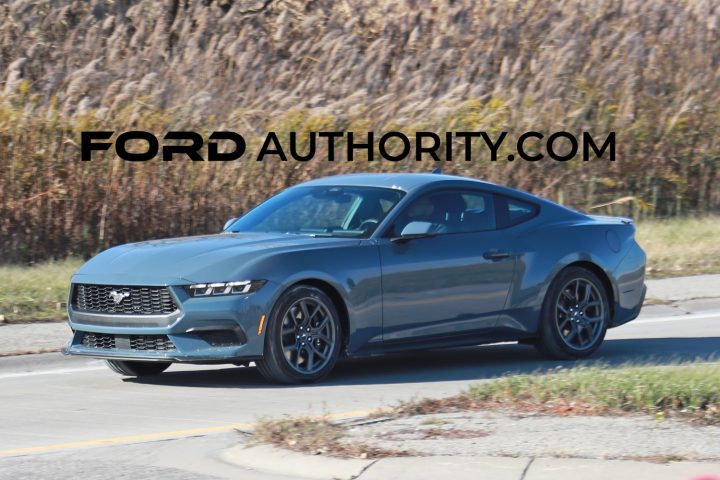 Vapor Blue is one of 11 different exterior colors available on the 2024 Mustang, as well as one of two brand new hues along with Yellow Splash. Additionally, the redesigned pony car is available with a variety of new stripe colors and designs, as well as wheel options ranging from 17 inches to 20 inches in diameter and three different brake caliper color choices – black, red, and Grabber Blue. 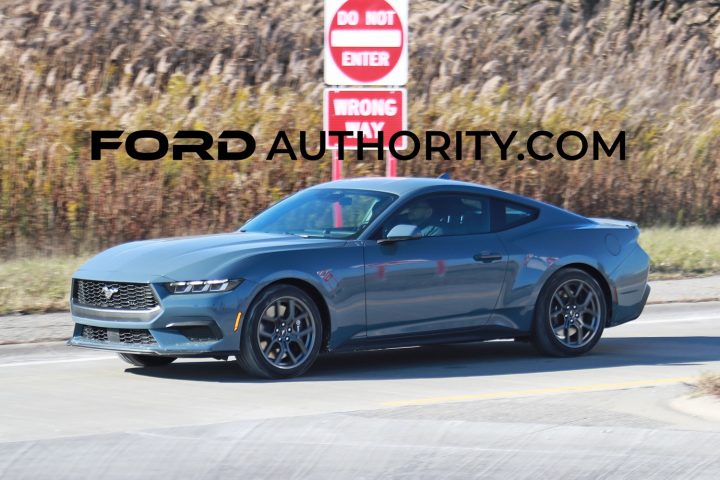 On the outside, the S650 retains the same basic profile as the current, S550-gen pony car, but the 2024 Ford Mustang EcoBoost and GT models represent more than a simple refresh, with both sporting distinctive styling that makes each easy to distinguish from the other. The 2024 Ford Mustang GT is also equipped with larger, more aggressive grille openings that are engineered to increase airflow, as well as new hood vents and a redesigned front splitter. 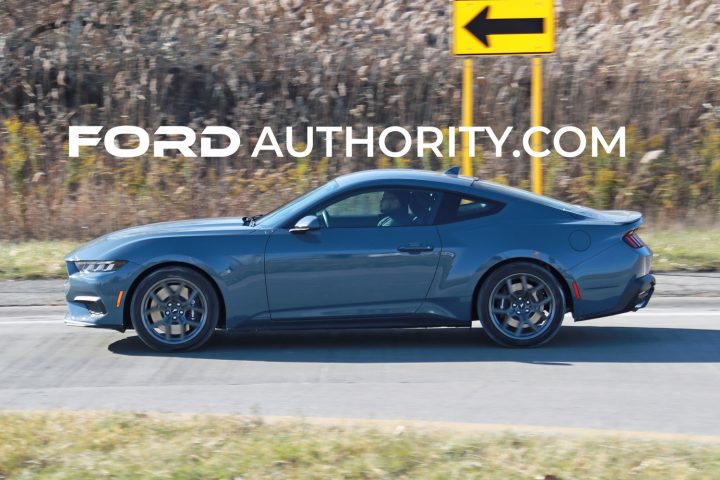 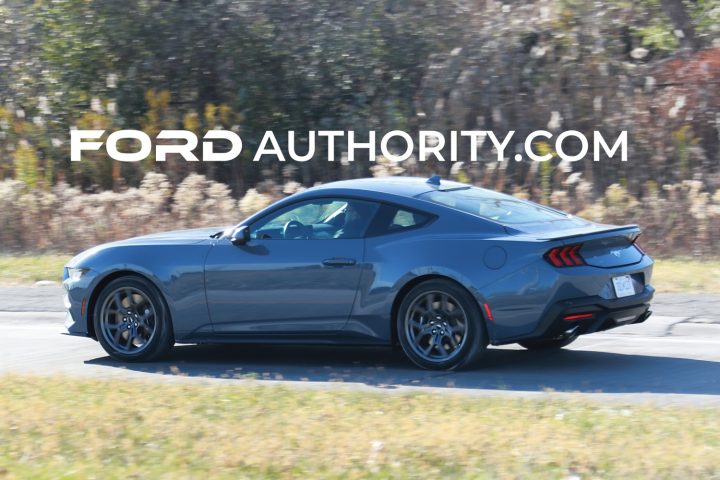 Under the hood, base 2024 Ford Mustang models are equipped with a brand new version of the twin-turbocharged Ford 2.3L I-4 EcoBoost engine, which is rated to produce 315 horsepower and 350 pound-feet of torque. However, unlike the S550-gen Mustang, the EcoBoost can only be paired with the 10-speed automatic transmission – not the six-speed manual, which is still available in the V8-powered GT. 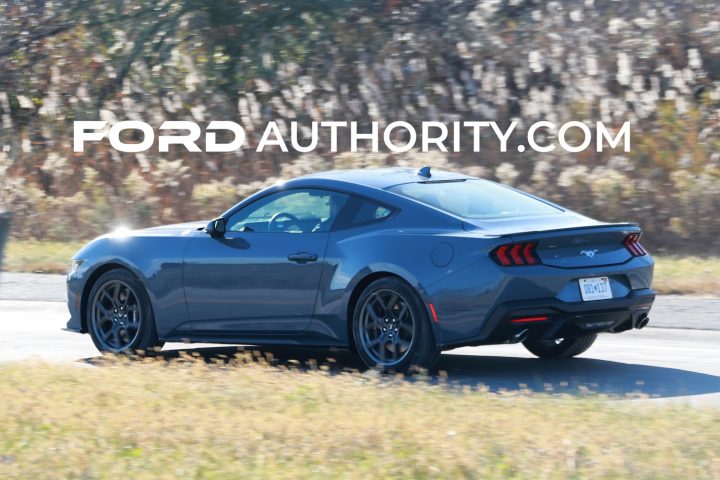 The all-new, redesigned 2024 Ford Mustang recently wrapped up its validation testing, as Ford Authority previously reported, and will continue to be produced at the Flat Rock Assembly plant in Michigan. The next-gen pony car is currently scheduled to launch in the U.S. in the summer of 2023, followed by Europe later next year.

We’ll have more on the 2024 Mustang soon, so be sure and subscribe to Ford Authority for more Ford Mustang news and 24/7 Ford news coverage. 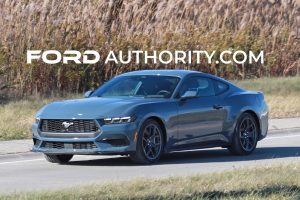 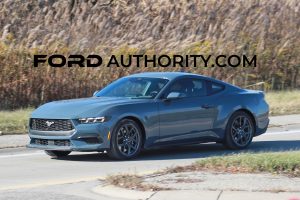 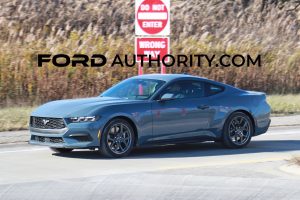 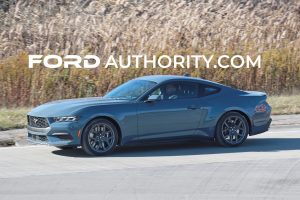 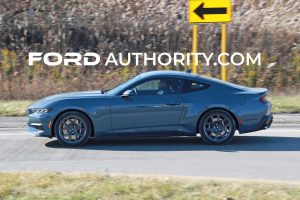 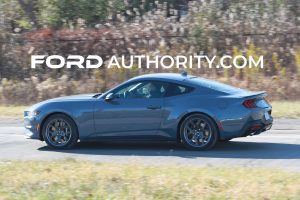 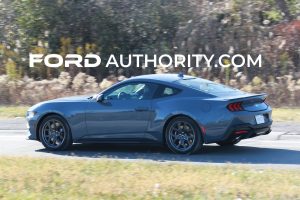 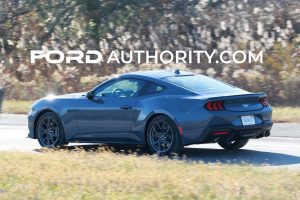