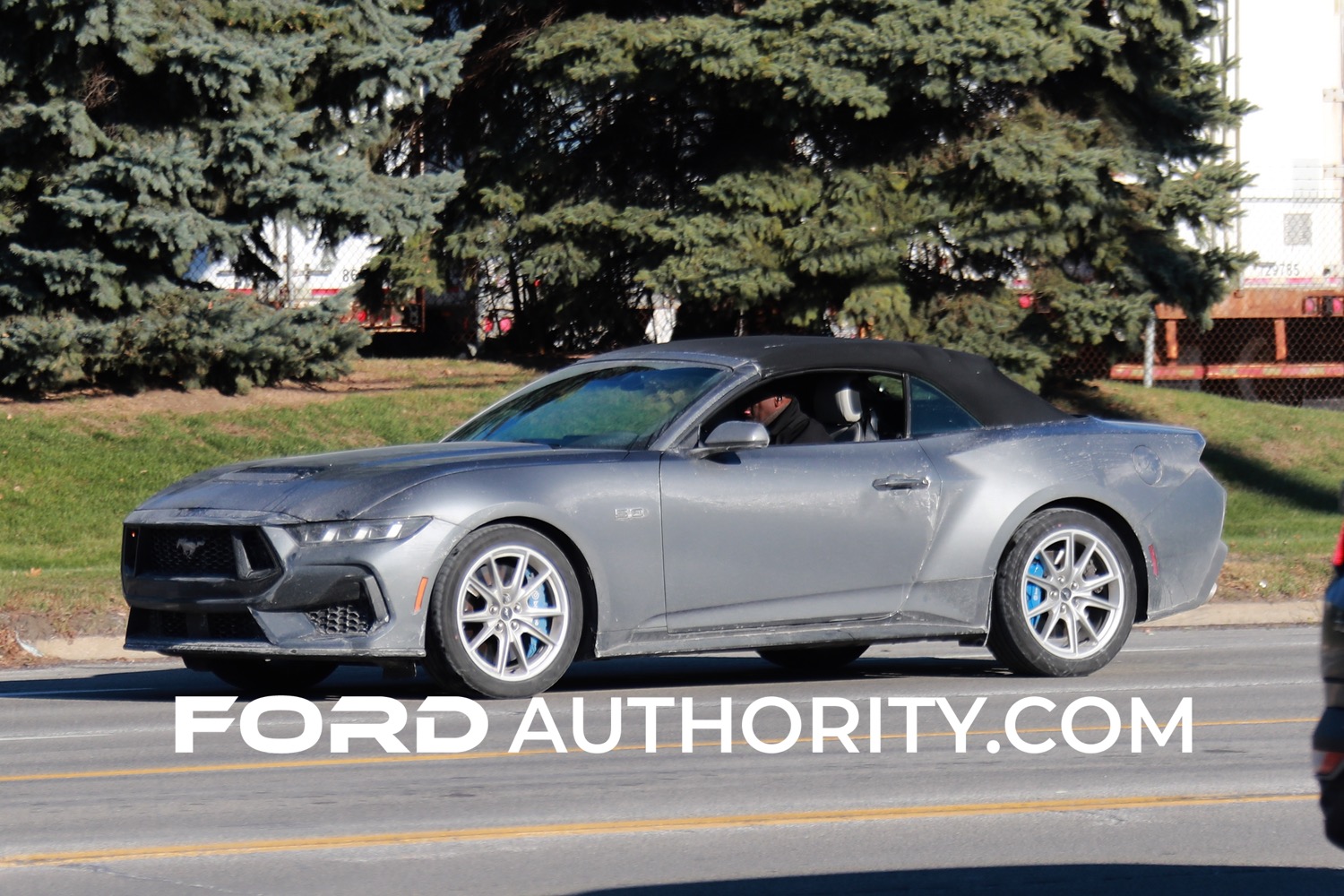 Following its reveal back in September, Ford Authority has spotted a number of 2024 Ford Mustang models out driving around wearing different colors and equipped with all sorts of features and packages, including more than one convertible. That particular list includes a red EcoBoost drop top, a Rapid Red GT, an Oxford White EcoBoost, a Vapor Blue EcoBoost, and a Shadow Black EcoBoost with the top down. Now, Ford Authority has come across yet another 2024 Ford Mustang GT convertible, this time finished in Carbonized Gray with a black top. 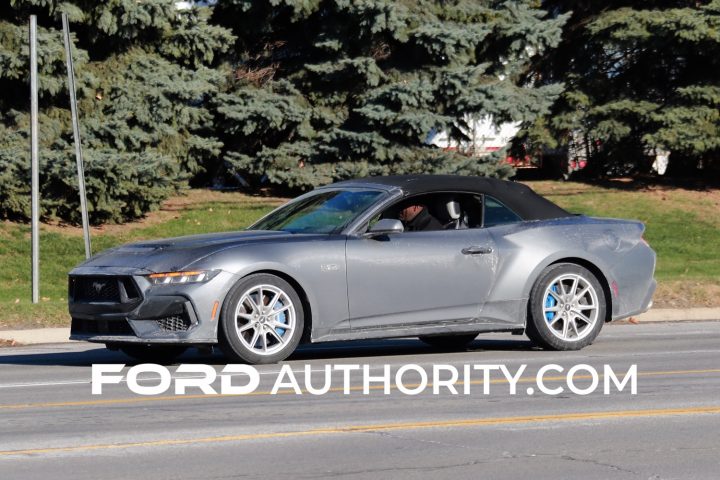 Carbonized Gray is one of 11 different exterior colors available on the 2024 Mustang, which can also be had with a variety of new stripe colors and designs, as well as wheel options ranging from 17 inches to 20 inches in diameter and three different brake caliper color choices – black, red, and Grabber Blue, the latter of which is present on this 2024 Ford Mustang GT convertible. 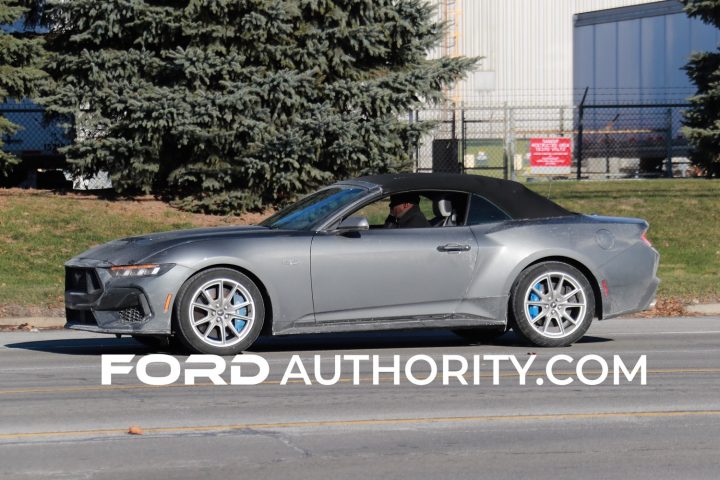 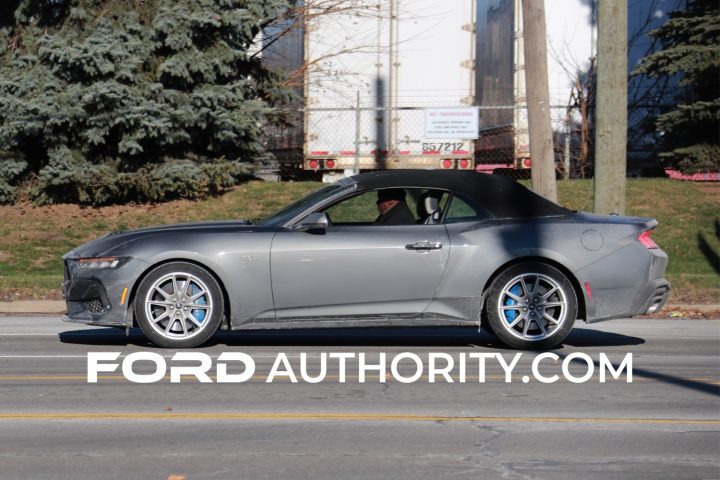 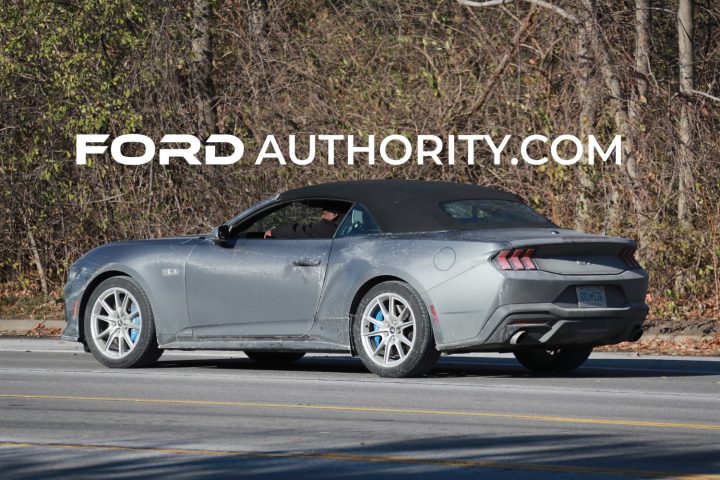 Under the hood, 2024 Ford Mustang GT models are equipped with the fourth-generation version of the naturally-aspirated Ford 5.0L V8 Coyote engine, which is rated to produce 480 horsepower and 415 pound-feet of torque, or 486 horsepower and 418 pound-feet when equipped with the optional active exhaust. Either way, buyers can opt for a six-speed manual or 10-speed automatic transmission. 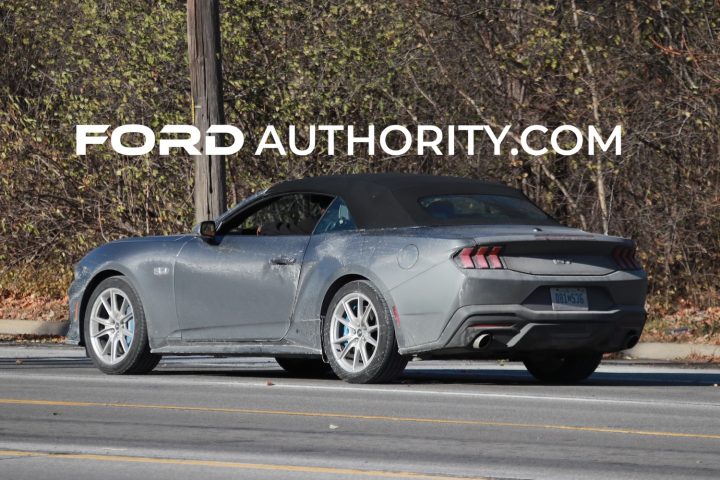 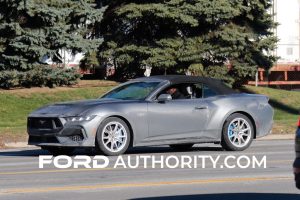 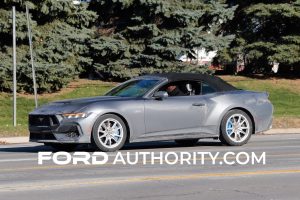 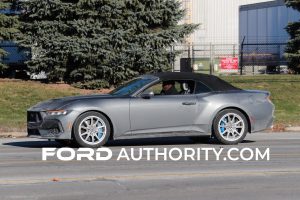 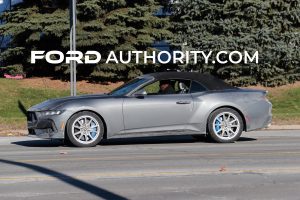 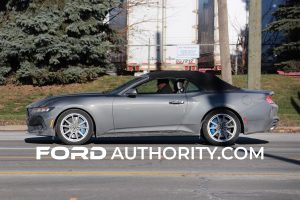 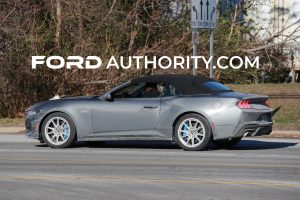 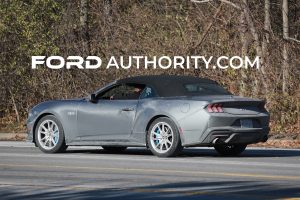 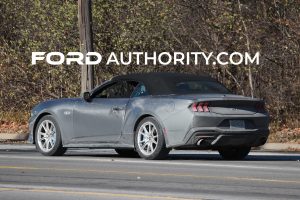