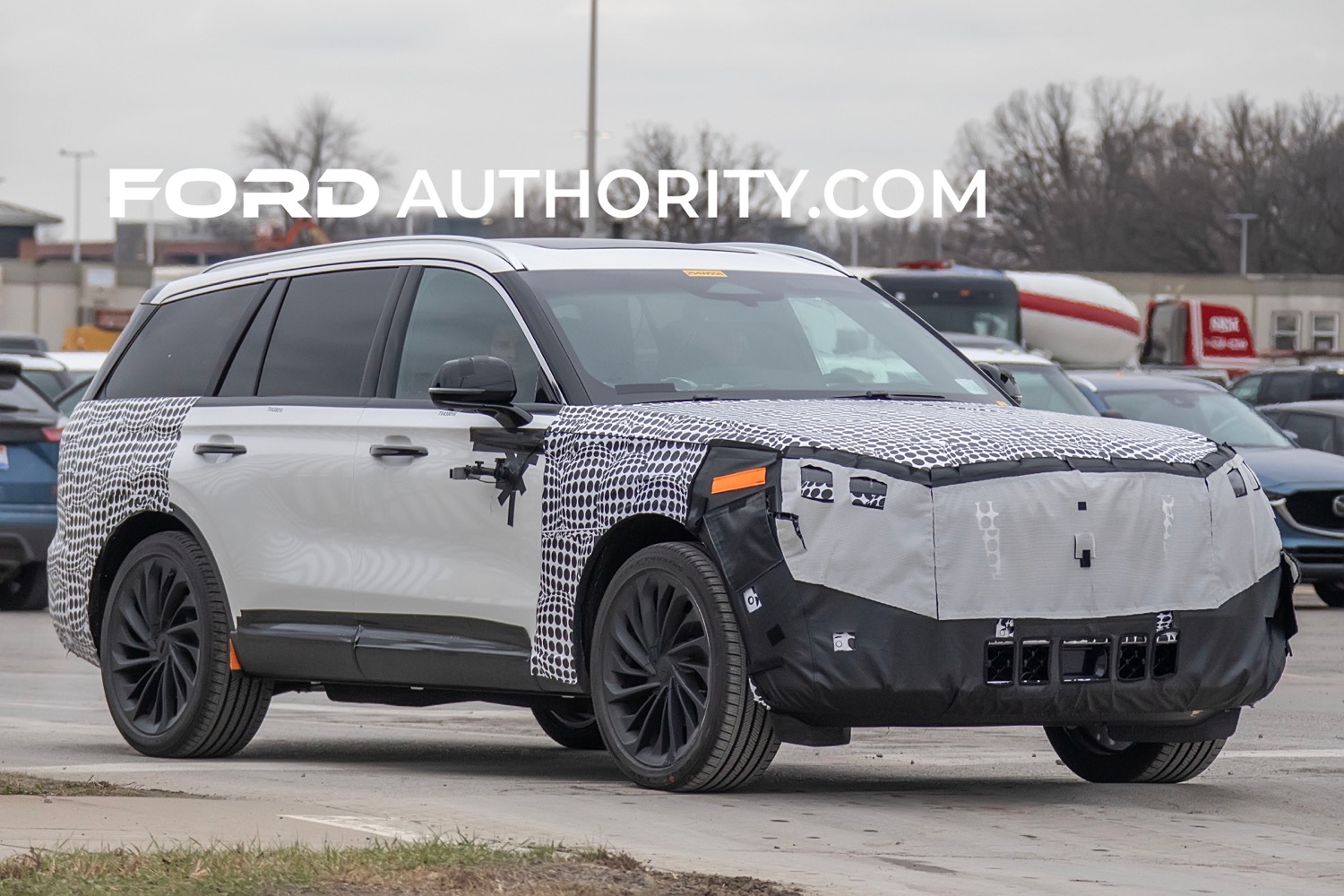 The current-generation Lincoln Aviator debuted in 2019 as a 2020 model year vehicle alongside its sibling, the Ford Explorer. While both vehicles have received minor updates since their introduction, the duo is set to receive more substantial updates this year in the form of a refresh for their respective nameplates. So far, 2024 Ford Explorer prototypes have been spotted with heavy camouflage and one 2024 Lincoln Aviator prototype also made its first public appearance recently. However, any details about the luxury crossover’s interior could not be gleaned from previous sightings. Fortunately, our photographers were able to capture some telling shots of its cabin, which clearly show off updates to the center stack, including the touchscreen. 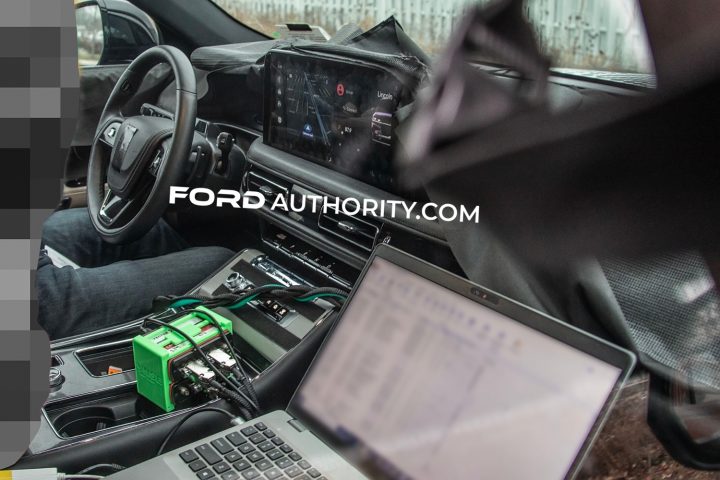 Overall, it appears the 2024 Lincoln Aviator will adopt the same type of updates already introduced on the 2022 Lincoln Navigator and 2023 Lincoln Corsair. Like the latter vehicle, the Aviator seems to ditch a fair amount of physical HVAC controls in favor of dedicated locations on the touchscreen, which in this case is likely Sync 4. With the smaller Lincoln getting a 13.2-inch setup as standard equipment, expect the Aviator to receive a similarly sized screen. Currently, the Lincoln Aviator utilizes an 8-inch Sync 3 infotainment screen on all models.

Based on this image, the storage areas and cupholder compartment appear remain unchanged. 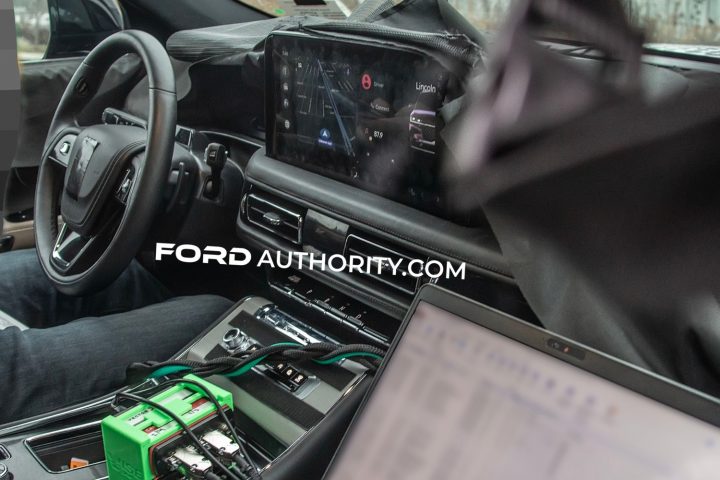 A closer look at the center stack reveals some changes to that region. For starters, it appears the tuning knob has vanished, and although the volume knob seemingly returns, that row has been relocated slightly further away from the push button transmission controls. That said, there is at least one HVAC button on the aforementioned row, a max defrost button, in addition to buttons for the auto start/stop system and what appears to be a button for the lane-keeping system. 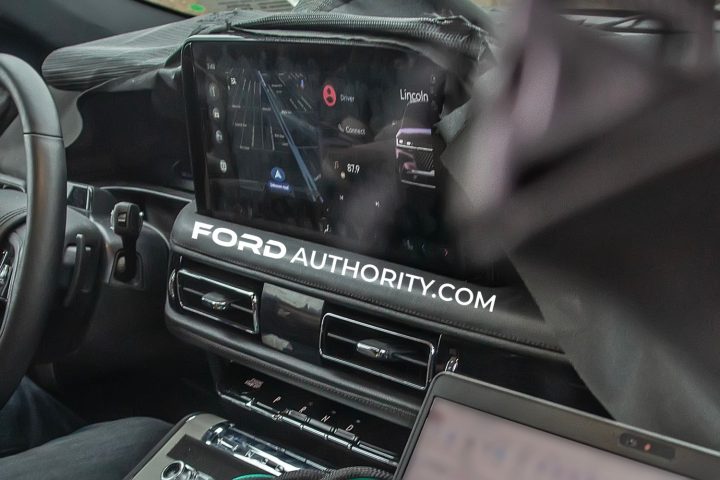 The 2024 Lincoln Aviator also appears to gain a new row of buttons above the returning setup, roughly located where the old row currently resides. The buttons look very similar in style to the transmission controls, although it is also possible that the chrome section is simply a reflection of those buttons and the area will instead be used for a different purpose. This picture also gives us a clear view of the center screen apparently running Android Auto via Sync 4. The look appears similar to the updates Google recently announced for Android Auto. There is also the possibility that the 2024 Lincoln Aviator could introduce the new Google-based infotainment system that’s been talked about previously, but with recent Lincoln products getting Sync 4, that might be a less likely scenario. 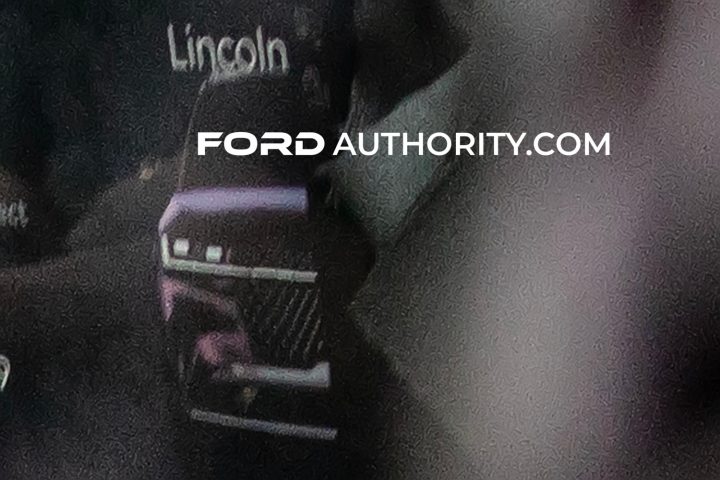 Potentially the biggest reveal of these latest shots is also featured on the touchscreen, as a digital representation of what appears to be the 2024 Lincoln Aviator front end is featured on the right side, showing off a substantially altered region. If the digital depiction proves accurate, the 2024 Lincoln Aviator’s headlights and grille will incorporate what is already featured on the Lincoln Zephyr and next-generation Lincoln Nautilus, although the latter vehicle still hasn’t been officially revealed. In any event, the digital depiction shows off sharper, more angular headlights above what appears to be a chrome or illuminated strip that will seemingly span the entire width of the front end. Presumably, the Lincoln Star logo is at the center, meaning the Aviator would lose the floating setup. 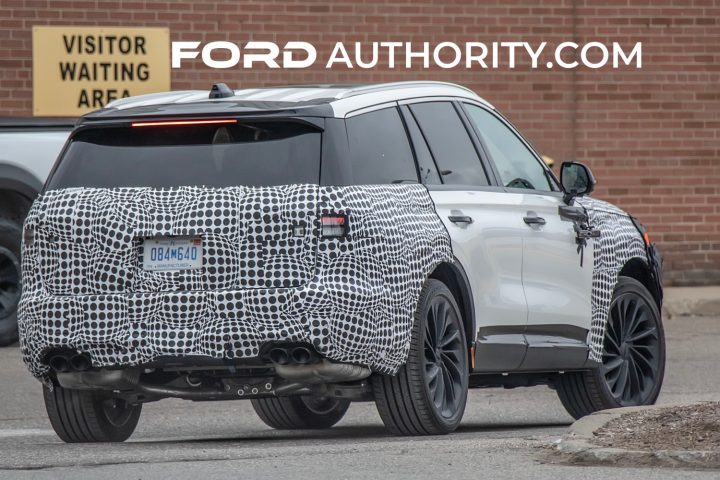 With the latest 2024 Lincoln Aviator prototype featuring a fair bit of camo out back, it remains unclear if the region will receive any substantial tweaks. However, based on what has already been revealed, it now appears that the North American Aviator refresh will be a more extensive revision compared to what was recently introduced in China. That version introduced a new infotainment screen and revised seating but otherwise retained everything else featured on the preexisting vehicle.