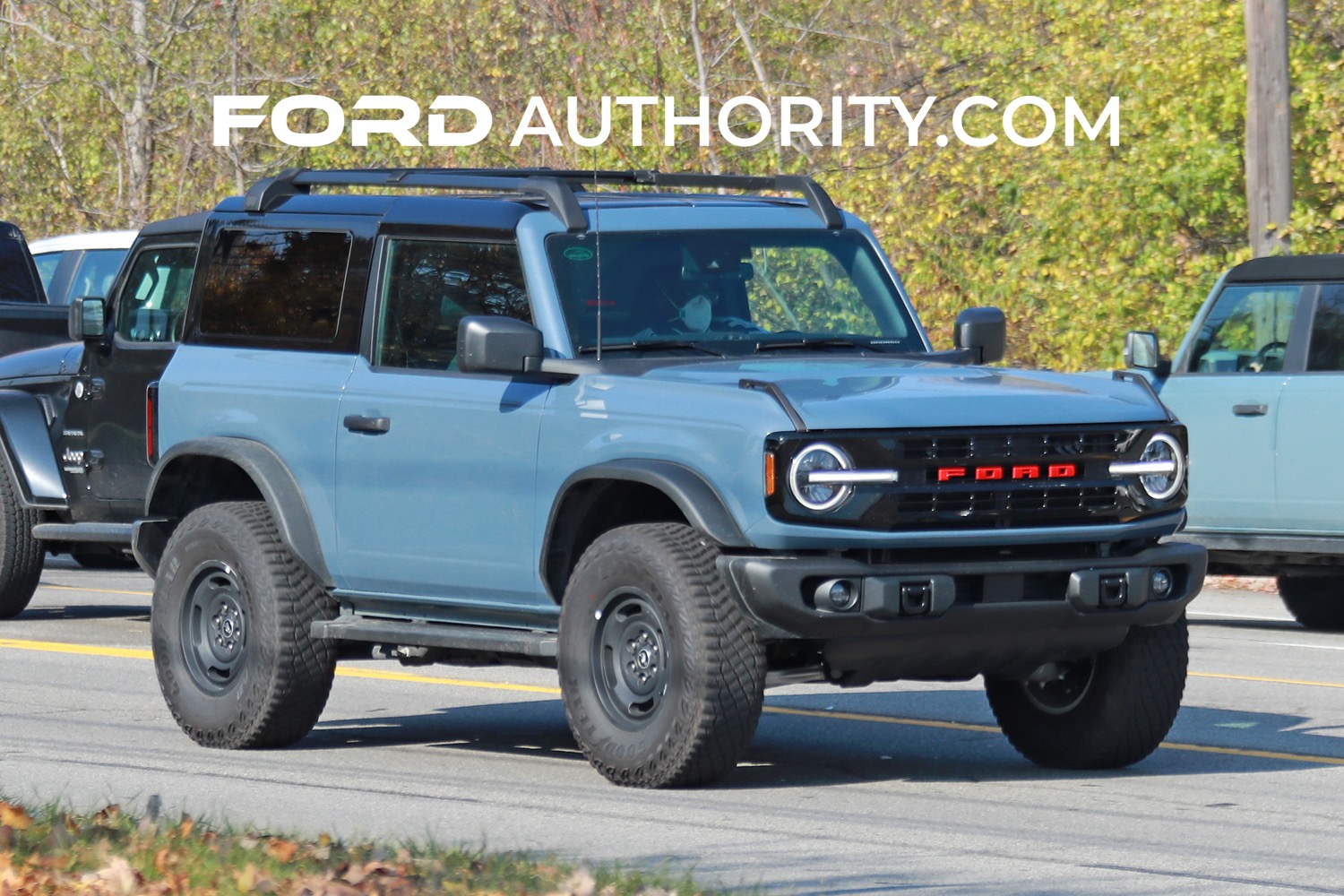 As Ford Authority reported back in July of last year, a very strange new Ford Bronco variant – dubbed “Oates” – mysteriously appeared on an official National Highway Traffic Safety Administration (NHTSA) VIN decoder, which listed all of the upcoming trim levels for the 2023 model year. This led many to assume that the Ford Bronco Oates might be the latest addition to the SUV’s lineup, though as of today, that hasn’t happened. However, Ford Authority recently spied what may be a Ford Bronco Oates prototype driving around, or perhaps something different altogether. 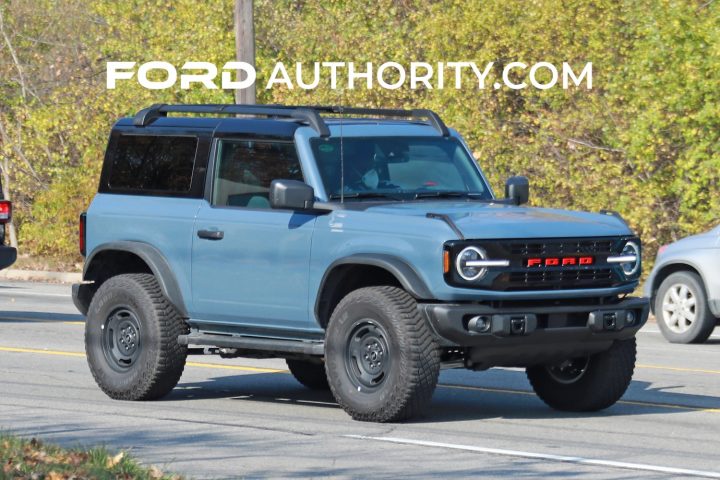 Back in October, Ford Authority spotted something very similar – a four-door Bronco wearing blacked-out trim, a Race Red “Ford” script grille, and various bits and pieces shared with the new Heritage models, such as squared-off fender flares and a unique wheel design. Now, we have this newly-spotted two-door to lull over, which is finished in the new-for-2023 hue dubbed Azure Gray. 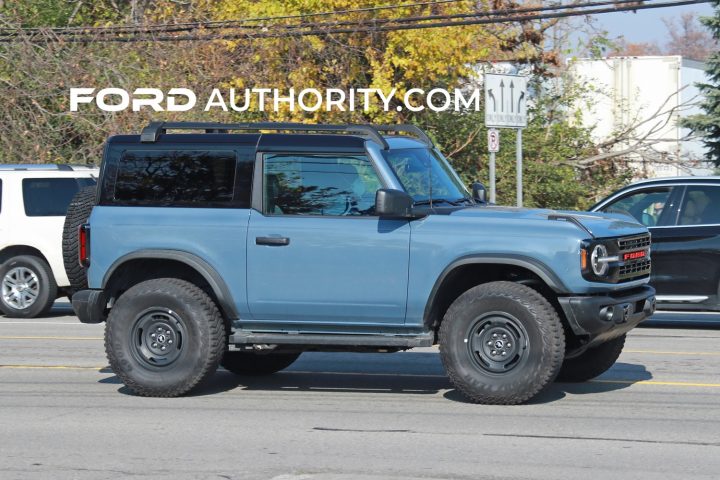 The difference here is, this Bronco is equipped with a black-painted hard top – a feature that was supposed to debut alongside the Bronco in 2021, but has since been delayed multiple times. The same goes for the front grille, which is painted black, unlike the Heritage Edition, which features an Oxford White top and front grille with Race Red “Ford” lettering. 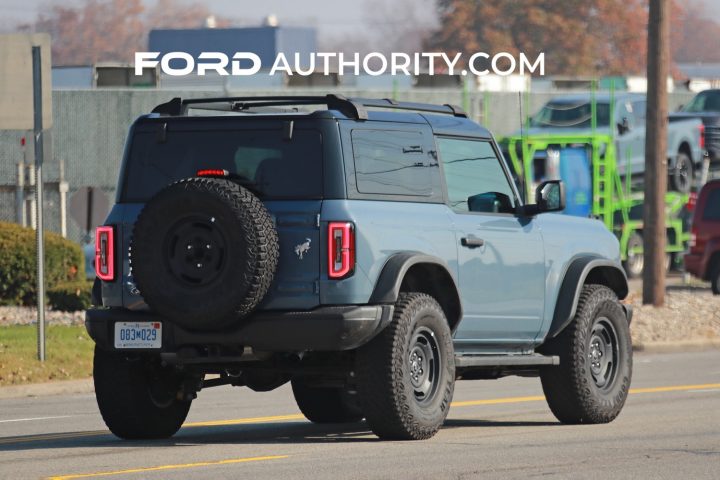 Thus, this begs the question – is this the long-rumored Ford Bronco Oates, an extension of the Heritage Edition, or perhaps just some sort of special black appearance package? Currently, it’s unclear what, exactly, we’re looking at here, but it is worth noting that the Oates – which slotted in between the the Heritage Limited and the range-topping Ford Bronco Raptor on the previously discovered VIN decoder – was listed as a two-door model only with advanced four-wheel drive.

We’ll have more on the Bronco Oates soon, so be sure and subscribe to Ford Authority for more Ford Bronco news and comprehensive Ford news coverage. 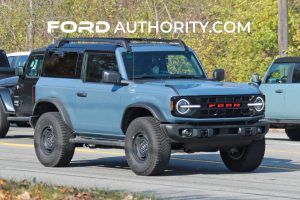 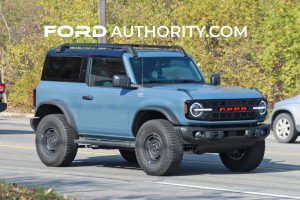 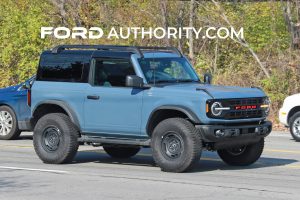 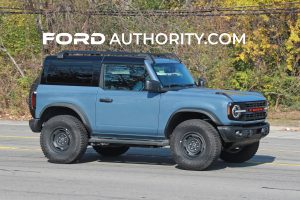 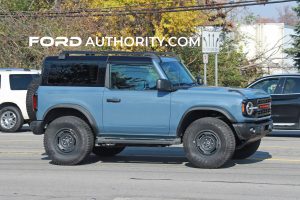 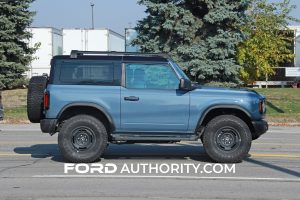 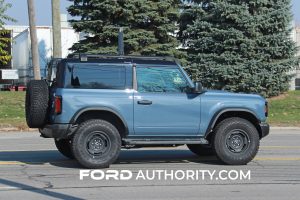 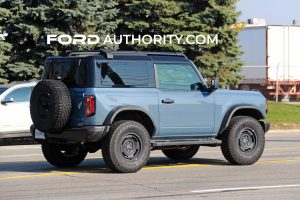 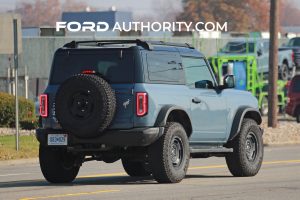 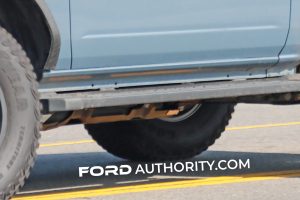