Ford Explorer sales decreased in the United States and Canada while increasing in Mexico during the fourth quarter of 2022.

During the complete 2022 calendar year, Explorer sales decreased about 6 percent to 207,673 units.

During the complete 2022 calendar year, Explorer sales decreased about 4 percent to 15,766 units.

During the complete 2022 calendar year, Explorer sales increased about 27 percent to 1,519 units. Ford Explorer sales experienced a 14 percent decrease to 51,430 units during the fourth quarter of 2022, a severe enough drop to dethrone The Blue Oval’s crossover as the best-selling vehicle in its segment.

The Toyota Highlander saw sales increase 3 percent to 58,354 units, surpassing the Explorer by 6,924 sales. In third place, the Kia Telluride saw 27,595 sales, up 20 percent, while the Chevrolet Traverse (see running Chevy Traverse sales) held down fourth place with 27,271 sales, up 24 percent. The Honda Pilot claimed fifth place, down 10 percent to 25,615 sales, while sixth belonged to the Nissan Pathfinder, up 63 percent to 20,280 sales. The Hyundai Palisade placed seventh thanks to a 13 percent slide to 19,932 sales, followed by the Subaru Ascent in eighth, up 4 percent to 17,682. The rest of the segment moved less than 16,000 units each.

Doing so gives The Blue Oval 69,727 combined deliveries, putting it even further ahead of the Grand Cherokee family.

The decline in Ford Explorer sales during Q4 2022 is not entirely unexpected as the automaker continues to navigate ongoing supplier issues that include, but are certainly not limited to, the global microchip shortage. This scenario resulted in reduced production and therefore reduced supply of the crossover at the dealer level.

In an attempt to remedy this situation, The Blue Oval has elected to withhold certain features from the Explorer, such as the hands-free liftgate, and Ford is also implementing some changes into the lineup to delete certain features if chip supply once again proves inadequate in 2023. 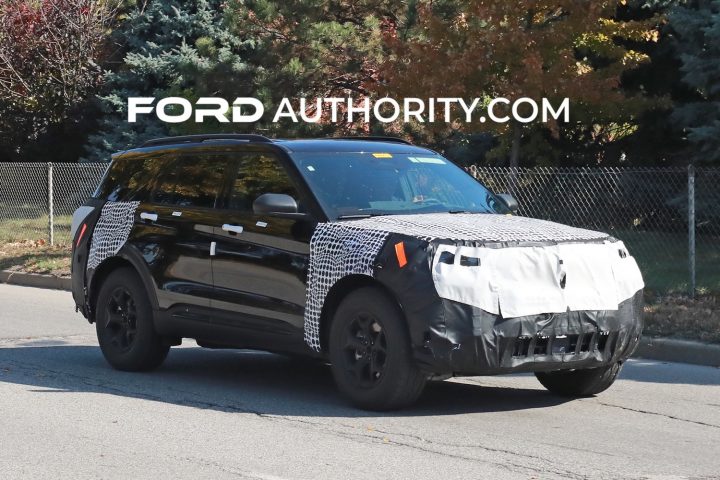 However, there are changes on the horizon that could boost Ford Explorer sales in the future. As previously reported by Ford Authority, a refresh is on the way for the crossover’s 2024 model year, which will most likely significantly update the lineup with new tech and options, although Ford has yet to officially reveal the model.