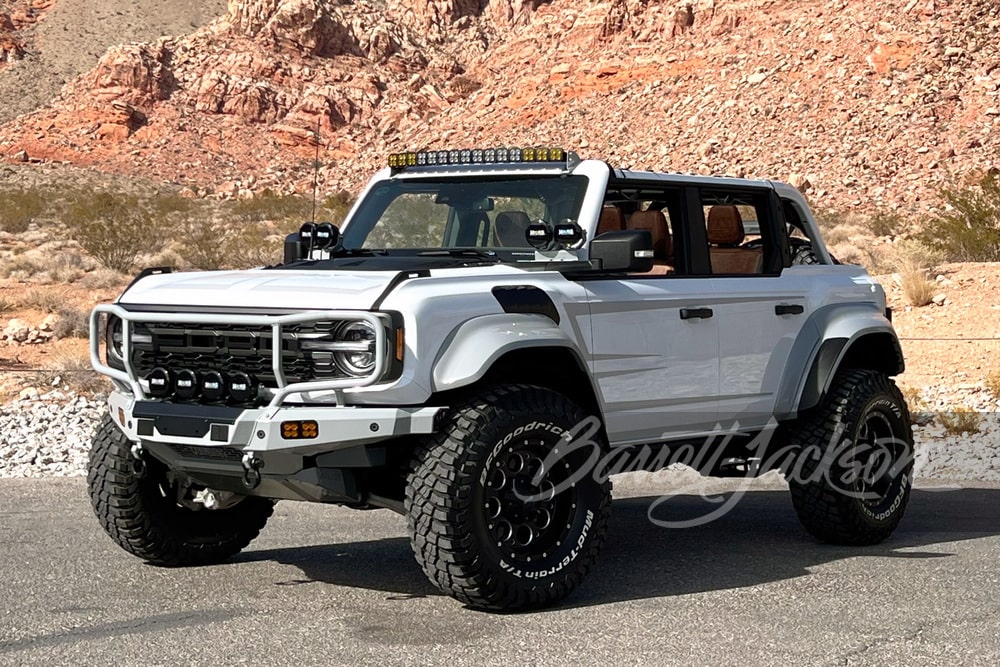 Since its launch, the sixth-generation Ford Bronco has been a common sight at various automotive auctions, with both stock and modified examples being sold for, oftentimes, big bucks, typically for charity. That list includes the very first 2022 Ford Bronco Raptor, which was sold at Barrett-Jackson’s Palm Beach, Florida auction last April. Now, that trend continues, as this heavily-modified 2022 Ford Bronco Raptor is set to be sold at that same auction house’s upcoming Scottsdale, Arizona sale, which takes place January 21st-29th. 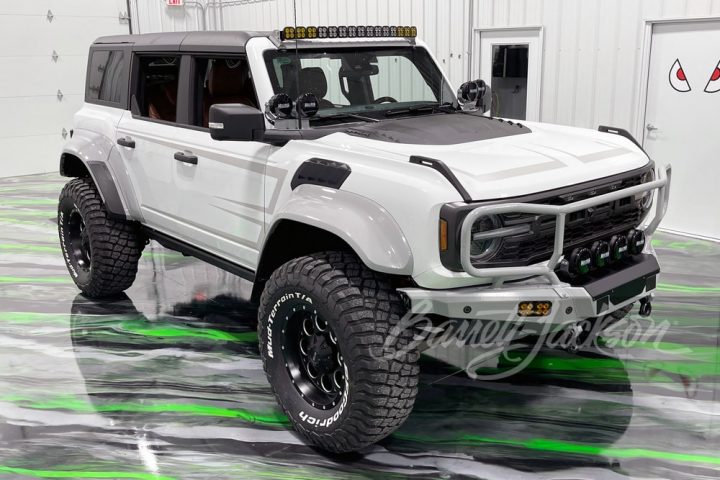 This particular Bronco Raptor is certainly not going to be everyone’s cup of tea, but it is notable as the very first one modified by the folks at Maxlider Brothers Customs – a well-known customizer of both vintage and modern Broncos. As such, it features a serial number one badge, and is the very first of a planned 150-unit production run for the 2022 and 2023 model years. 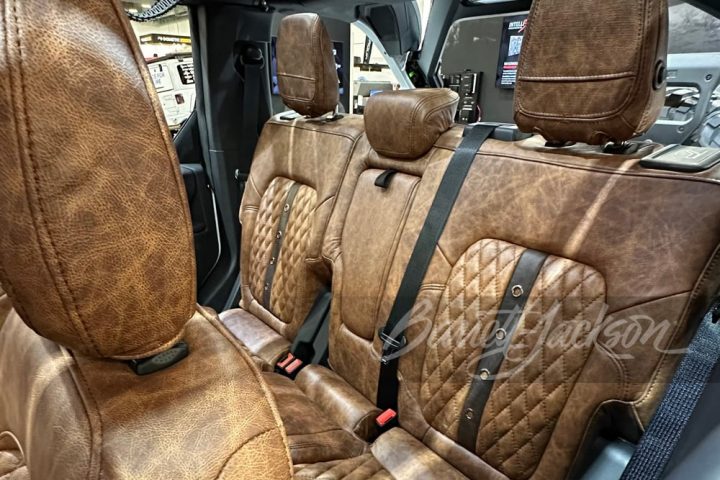 On the outside, the Maxlider Bros treated this 2022 Ford Bronco Raptor to a host of upgrades including its own modular front bumper with a brush guard, 8,000-pound Warn winch and integrated LED lighting, as well as its heavy-duty rear bumper, VisionX LED light cannons and cubes, a special graphics package, dual 4.7-inch LED cowl lights mounted on the side mirrors, a windshield-mounted LED light bar, Rock Slide Engineering powered running boards, painted fender flares, and 20-inch wheels wrapped with 37-inch BFGoodrich mud-terrain tires, along with an RPG two-inch lift kit. 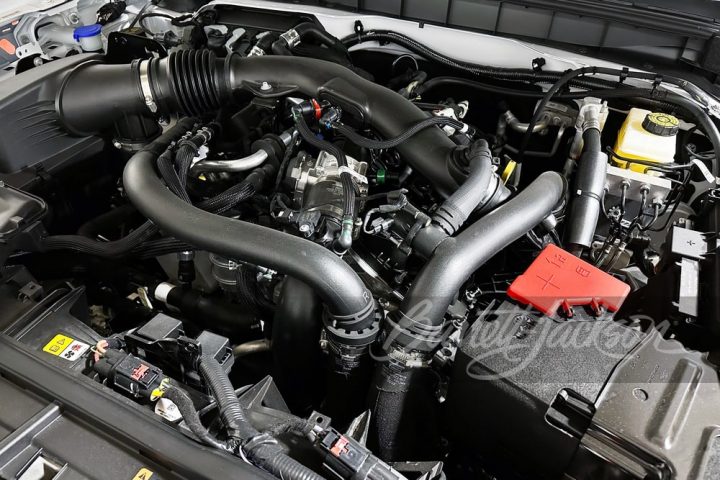 Inside the cabin, the Bronco Raptor already comes well-equipped with the Lux Package and carbon fiber trim, but Maxlider added a custom distressed Whiskey leather interior with embroidered headrests, along with Dynamat insulation. As is the case with all Bronco Raptors, power comes from the twin-turbocharged Ford 3.0L V6 EcoBoost engine, which produces 418 horsepower and 440 pound-feet of torque, mated to a 10-speed automatic transmission. 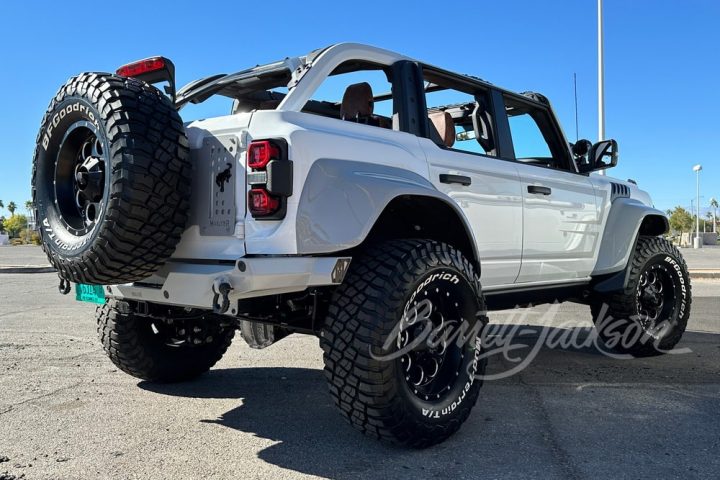 While looks can be subjective, it’s safe to say that this particular custom Bronco Raptor will appeal to at least a few folks seeking an over-the-top off-roader that stands out from the crowd, and in that case, Maxlider certainly hit the nail on the proverbial head.

We’ll have more cool auction finds to share soon, so be sure and subscribe to Ford Authority for more Ford Bronco news and non-stop Ford news coverage.