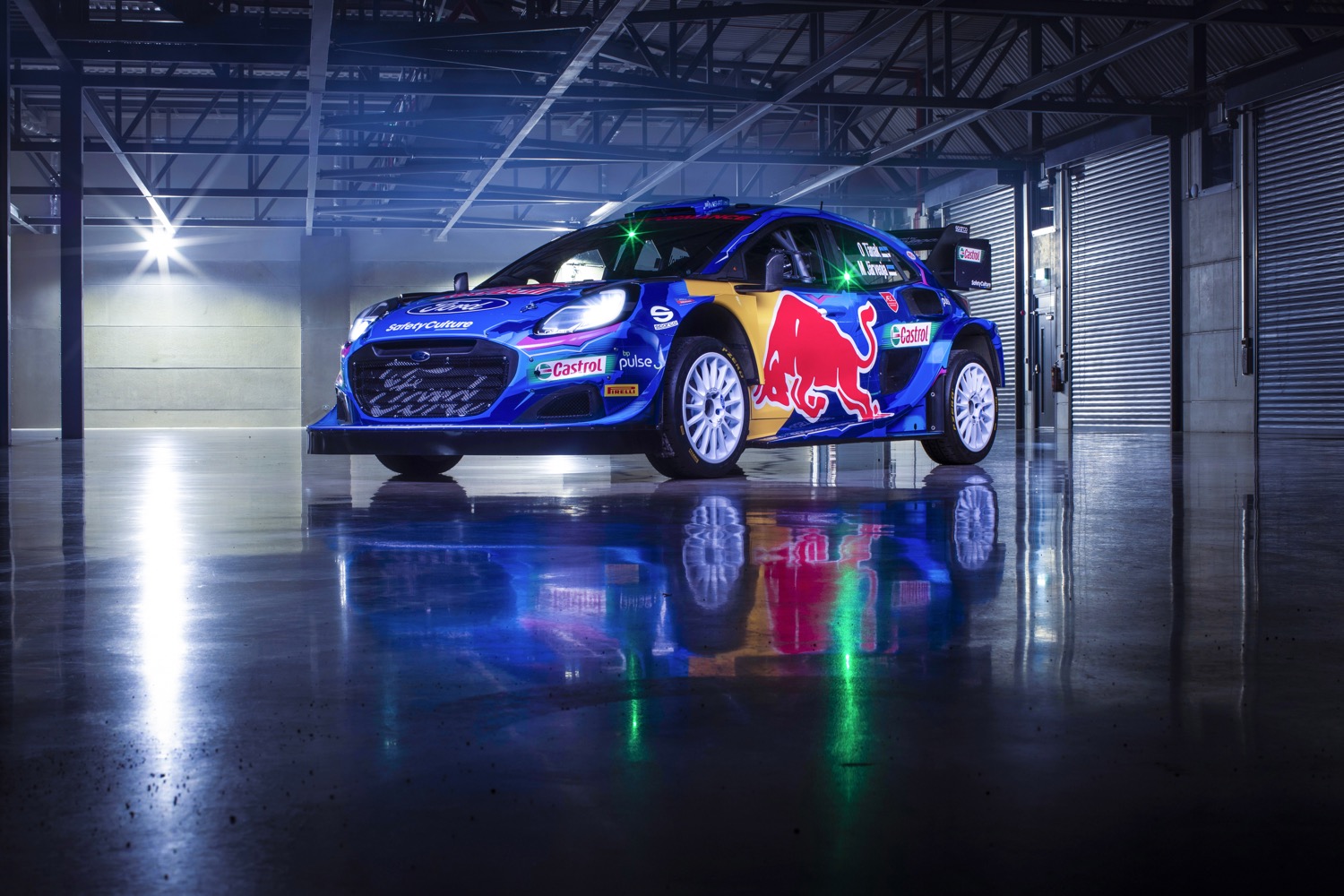 We’ve known for some time now that the M-Sport Ford World Rally Championship (WRC) team was set to undergo some changes for the 2023 season, including a major shakeup in the driver lineup with the addition of Ott Tänak and Martin Järveoja, as well as the withdrawal of Adrien Fourmaux and the departure of Gus Greensmith. Now, yet another change has been announced for the M-Sport team, though this time, it’s a bit less serious – the arrival a brand new and rather eye-catching livery for the team’s Ford Puma Rally1 Hybrid racer. 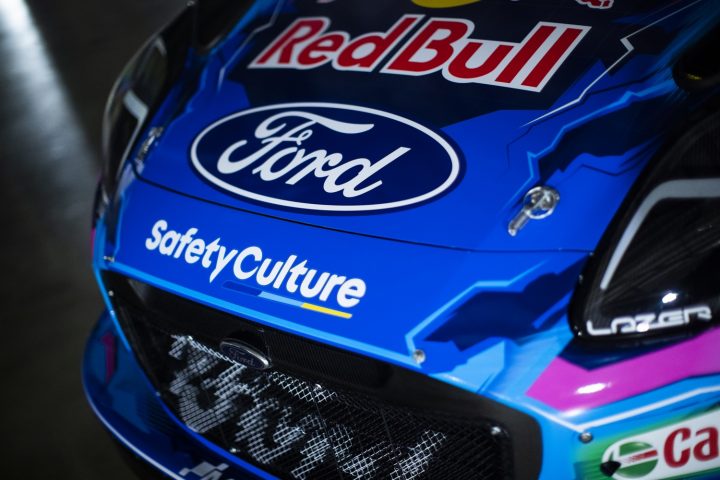 When it competes at the upcoming 2023 Monte Carlo Rally later this week, the M-Sport team will do so with a brand new look that was inspired by synthwave music, as well as the electrified drivetrain present in the race car. The traditional Ford Blue is still present on the Puma’s flanks, but it’s now adorned with neon bolts of vibrant pink and electric blue, building upon a look that debuted alongside the Rally1’s arrival last year. 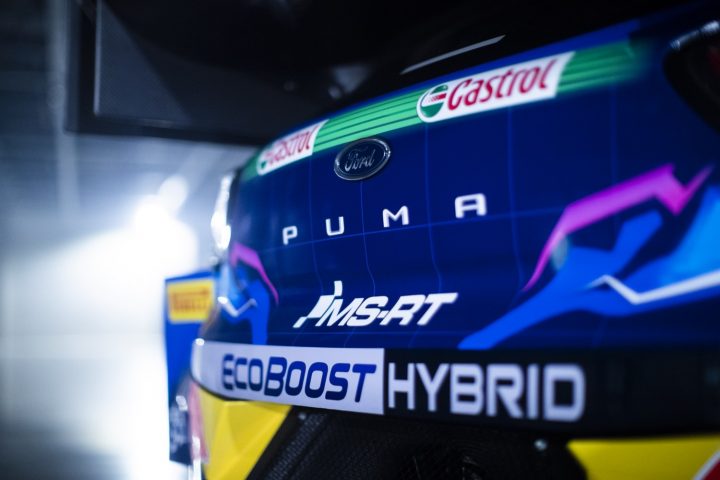 In the video below, we can see the inspiration behind the look, as well as get a sneak peek at how it was created by a team of artists as they apply it to the racer’s flanks on tops of its bare carbon fiber panels. However, while the overall look has changed, some things remain the same – chiefly, the giant “Ford” branding on the hood, as well as Red Bull livery stemming from a now-extended partnership with both Tänak and Loubet – each of whom have become official athletes for the energy drink brand.

Those two drivers will be joined by Jourdan Serderidis in M-Sport’s third entry at Monte Carlo, who will also be driving a Puma Rally1 sporting the same new color combination. Fans will get their chance to catch this new look in the flesh when the 2023 Monte Carlo Rally kicks off on Thursday, January 19th, and runs through Sunday, January 22nd. 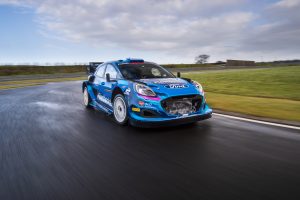 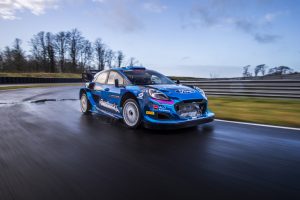 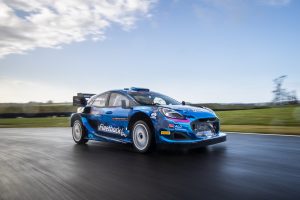 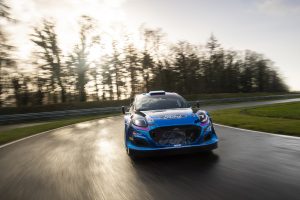 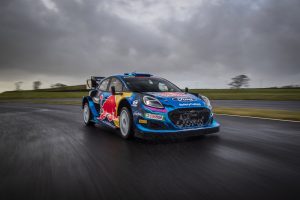 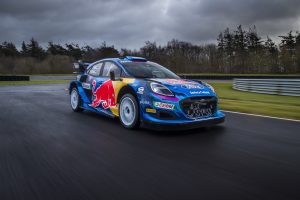 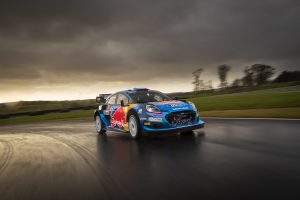 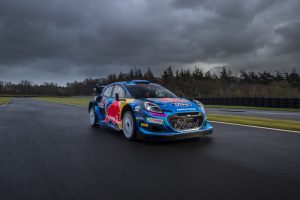 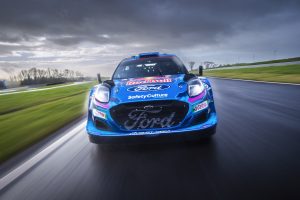 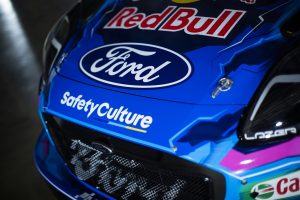 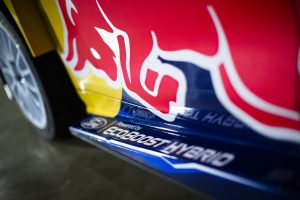 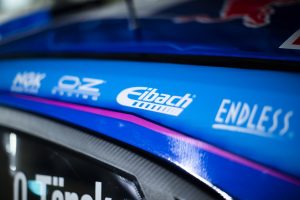 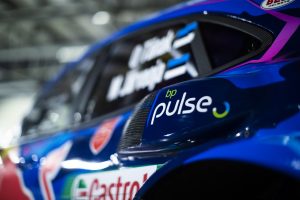 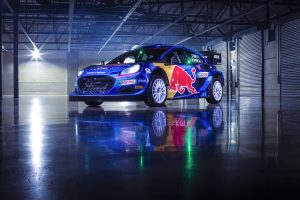 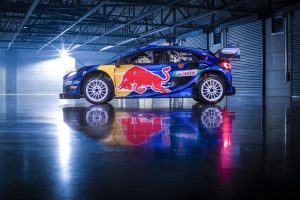 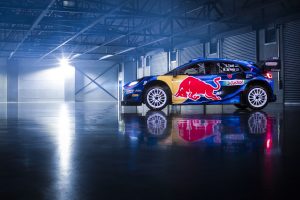 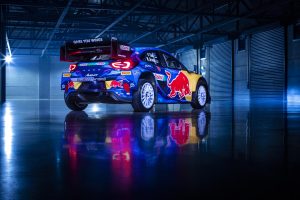 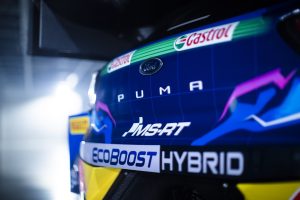 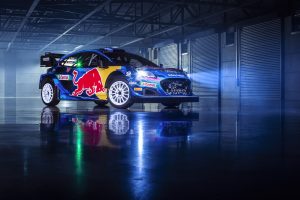