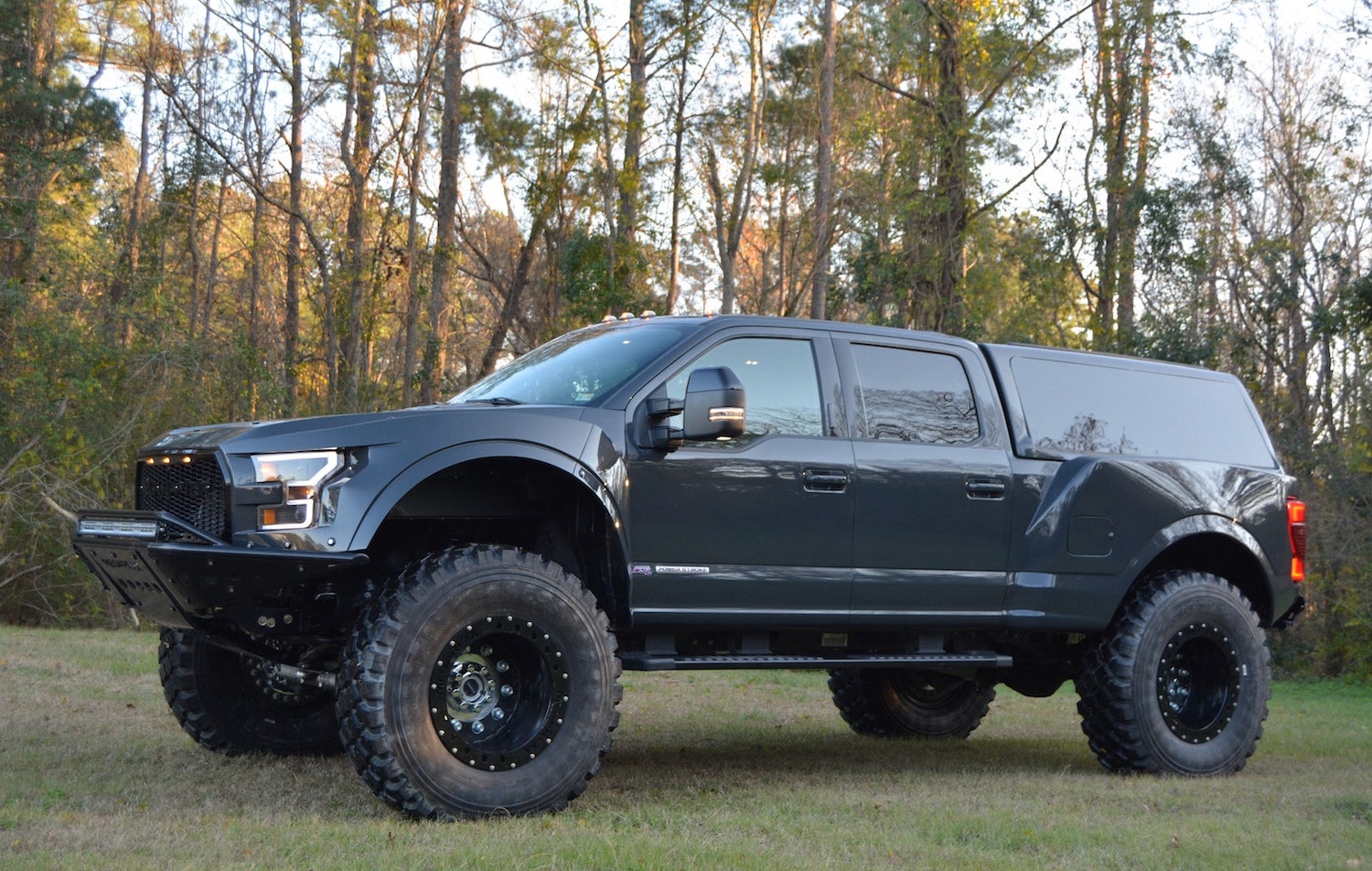 MegaRexx has made a name for itself in recent years after cranking out some seriously wild machines – most notably, the MegaRaptor, which is actually a Ford Super Duty transformed into a Ford F-150 Raptor lookalike, albeit with with even wilder looks and gigantic tires as large as 46 inches in diameter. The company also recently created what it calls the MegaBronc, which is another Super Duty-based build that gives those craving a larger Ford Bronco a suitable alternative. Now, MegaRexx is back with yet another crazy creation – the MegaRaptor 7, which is the latest installment in what is now an annual tradition that dates back to 2016, when the original debuted. 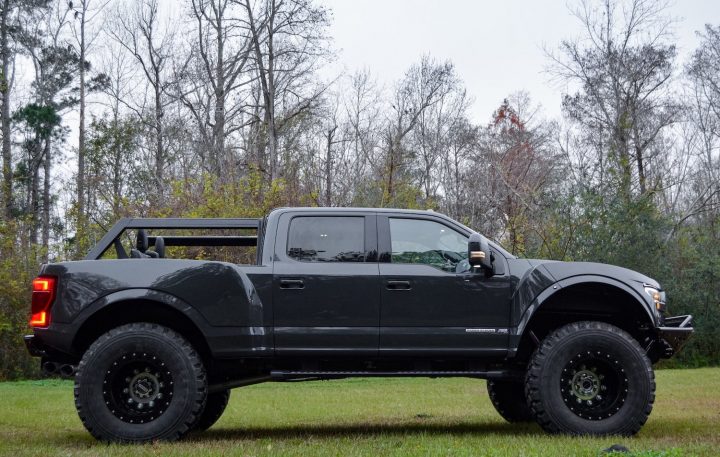 The MegaRaptor 7 continues that tradition by offering customers a gigantic, seven-passenger machine with a removable fiberglass hardtop, converting the Super Duty into an SUV of sorts, much like the discontinued Ford Excursion used to be. On the inside, MegaRexx uses that newfound passenger space to add a folding third row of seating taken from the Ford Expedition, along with a rear steel safety cage to protect those occupants. 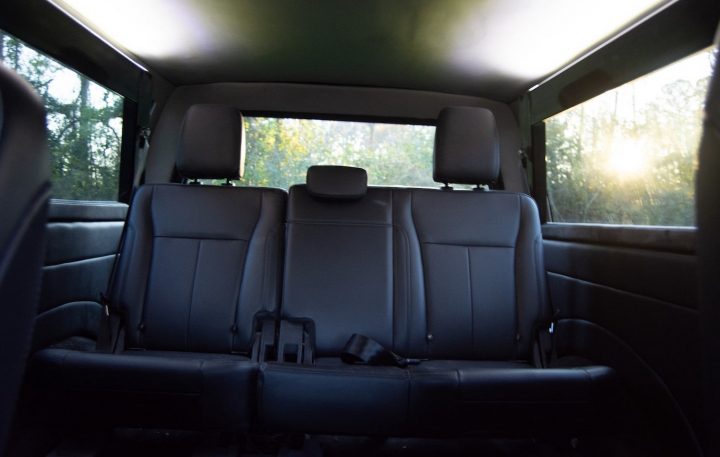 On the outside, the MegaRaptor 7 is based on the Ford F-250 Super Duty Crew Cab Lariat, but it’s been treated to a host of upgrades including a “Smasher” front bumper, a “High & Tight” rear bumper, Anzo headlights, a 40″ LED light bar, and 20″ three-piece aluminum MRAP wheels wrapped with gigantic 46″ Michelin XZL tires. To make room for those massive meats, the suspension has been upgraded with 4.5″ Icon progressive coil springs in the front, 5″ multi-leaf springs out back, King shocks, long radius arms, Icon dual steering stabilizers, and an Icon adjustable track bar. 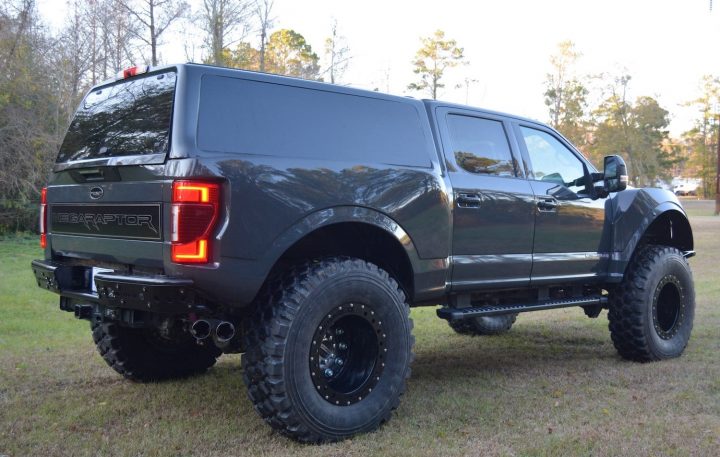 The MegaRaptor 7 is powered by the turbocharged Ford 6.7L V8 Power Stroke diesel churning out 475 horsepower and 1,050 pound-feet of torque – which is enough to turn those giant tires, as well as move the massive body around, which is a whopping 7-9 inches wider than a stock F-250. It’s certainly over-the-top by anyone’s measure, but the MegaRaptor 7 also fits the bill as a truck that most definitely isn’t boring, if nothing else.

We’ll have more cool conversions like this to share soon, so be sure and subscribe to Ford Authority for the latest Ford F-Series news, Ford Super Duty news, and continuous Ford news coverage.