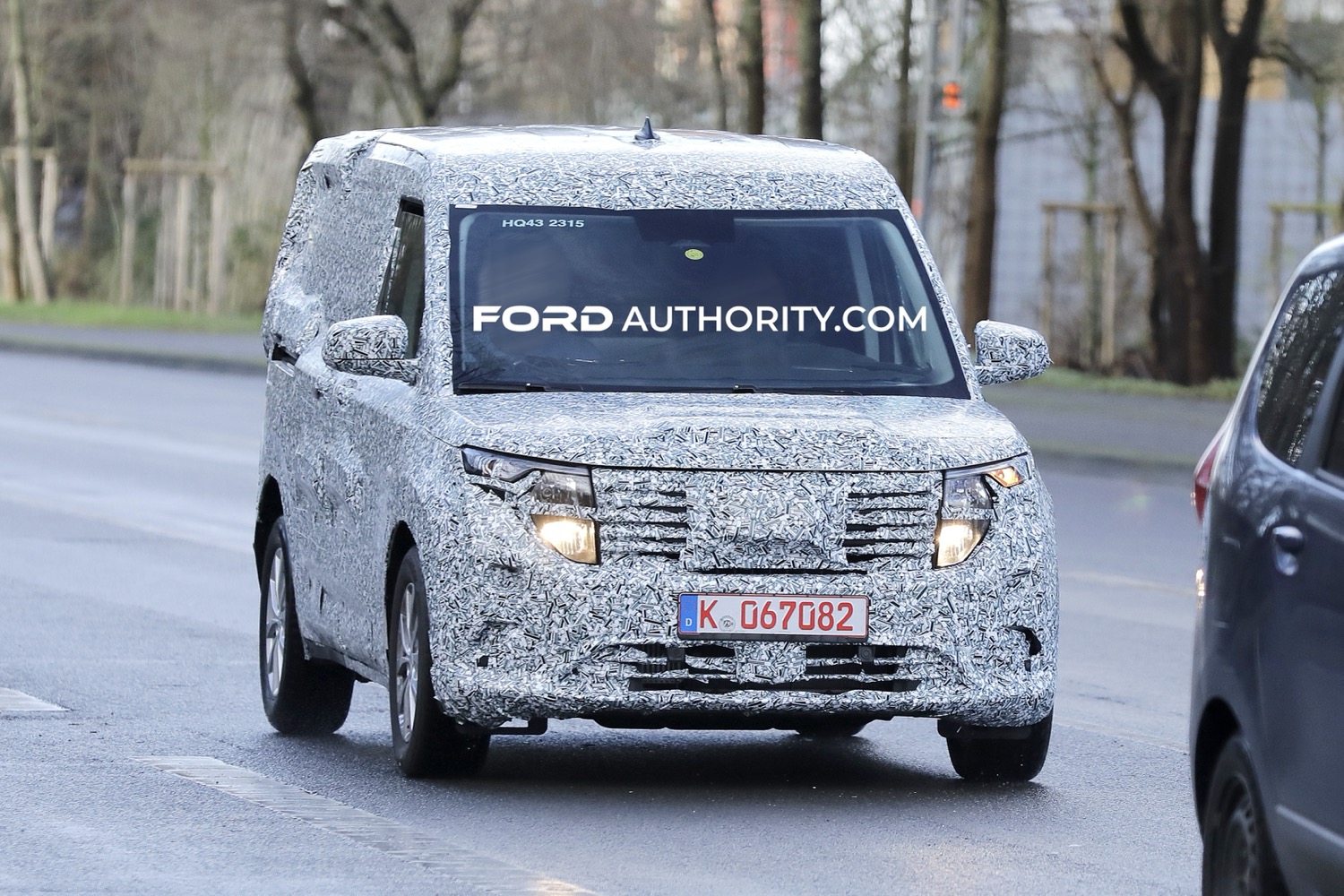 Ford is in the midst of launching a host of new products in Europe, completely overhauling its van lineup in the process. In addition to the all-electric E-Transit, E-Tourneo Custom, and E-Transit Custom, FoMoCo also revealed the all-new 2022 Tourneo Connect in October 2021, though that particular model is just a rebadged Volkswagen Caddy with the same drivetrain options and output, albeit renamed to fit within the Blue Oval family. Now, Ford Authority has spotted the next-generation Ford Transit Courier – a model that slots below the Tourneo Connect in the automaker’s European van lineup – driving around wearing a production body. 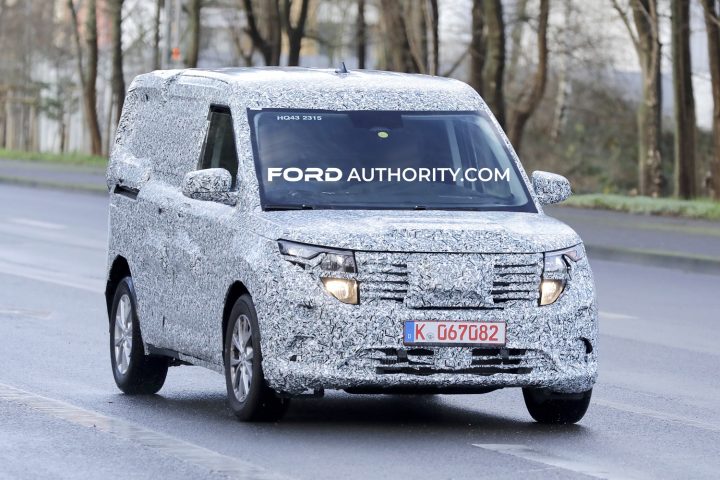 Unlike the new Tourneo Connect, the next-gen Ford Transit Courier rides on the same B platform as the Fiesta and Puma, not VW underpinnings, even though it looks quite similar to its big brother on the outside. What’s particularly notable about this new prototype, however, is the way it looks – a previously-spied example from last September wore more Puma-like styling, bodywork that was simply being used as a placeholder. 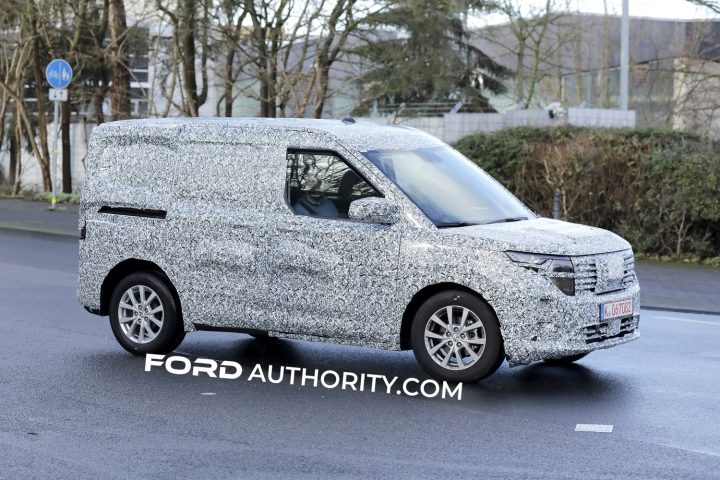 Here, we get a much better look at the styling of the forthcoming next-gen Ford Transit Courier, which is far edgier than the more curvy, Puma-like machine that was spied a few months ago. However, it is wearing a considerable amount of camo, hiding some of the finer styling details present, though we can clearly see the van’s boxy overall shape, as well as part of its updated front fascia, headlights, and vertical taillights. 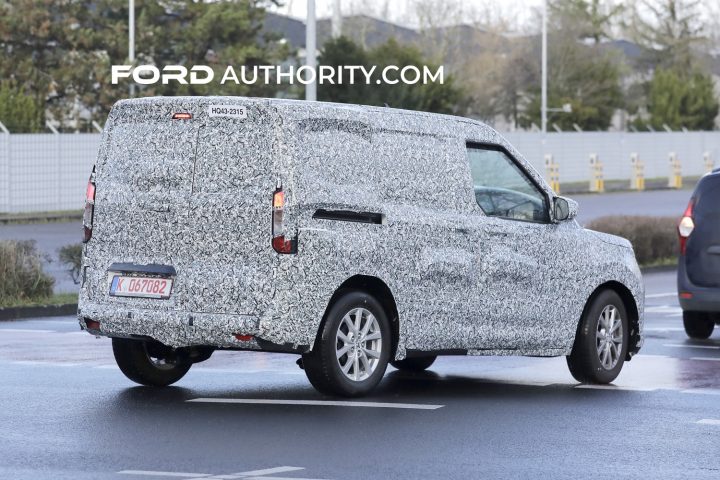 The new Transit Courier is just one of many new models destined for Europe in the coming years, a group that includes seven all-electric vehicles set to launch in that region by 2024 – a pair of crossovers built on Volkswagen’s MEB platform, a Puma EV, the Transit Custom one-ton van and Tourneo Custom multi-purpose vehicle, as well as the Tourneo Courier. 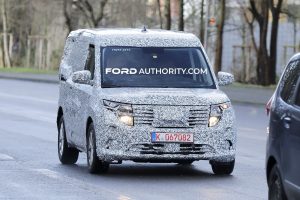 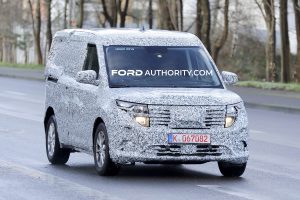 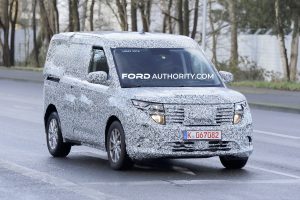 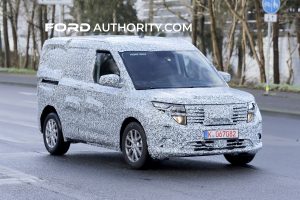 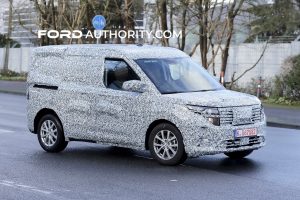 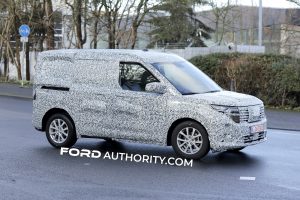 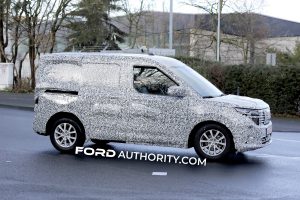 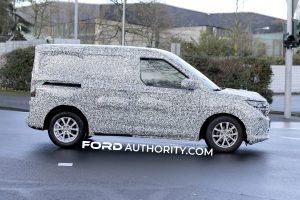 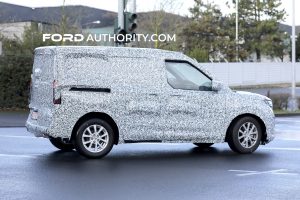 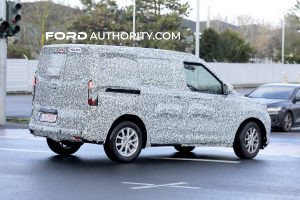 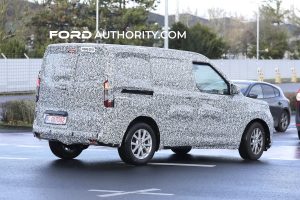 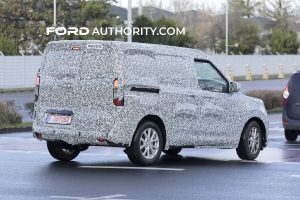 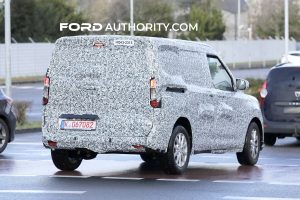 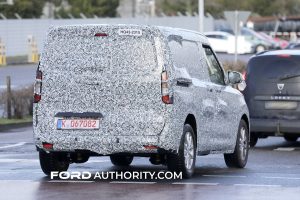 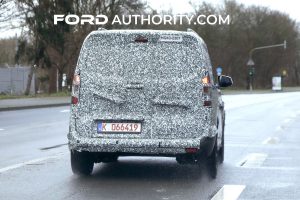