Mired in supply chain issues as it attempts to complete the daunting task of launching a brand new automotive manufacturing company, Rivian has faced its fair share of ups and downs over the past couple of years. The EV automaker began production of its R1T pickup in late 2021 and ramped up production of that model – along with the R1S SUV and Amazon delivery van – in 2022, churning out 24,337 units and just missing its revised goal of building 25,000 vehicles last year. In the meantime, Rivian continues to enjoy the financial backing of both Ford and Amazon in spite of its tumbling share price and nixed plans to build vans with Mercedes-Benz, but now, some top executives have departed the company, according to The Wall Street Journal. 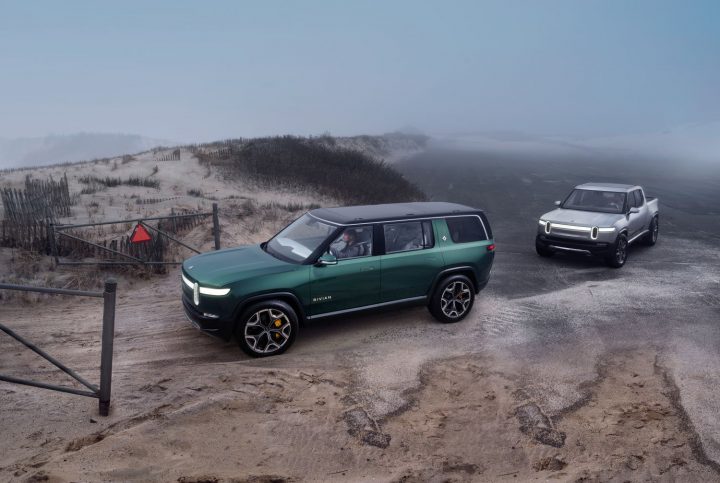 Those executives are Randy Frank, vice president of body and interior engineering, and Steve Gawronski, the vice president in charge of parts purchasing. Frank joined the company back in 2019 after leaving Ford, while Gawronski came over from autonomous vehicle startup Zoox in 2018. A few months prior, Patrick Hunt – a senior director in the strategy team – as well as general counsel Neil Sitron – also departed Rivian at different points in the year.

Rivian declined to comment on these departures specifically, but a spokesperson did say that “we continue to attract world class talent to our company as our business needs change.” At the same time, the automaker has brought in quite a few new faces over the past year or so, including Tim Fallon – who previously ran Nissan’s factory in Canton Mississippi – to lead its Normal, Illinois plant, as well as Frank Klein from Magna Steyr, who is now Rivian’s chief operating officer.

In the meantime, Rivian continues to tweak its operations in an effort to ramp up production to meet demand for its vehicles, both from retail and commercial customers. Previously, Klein noted that the company is in the process of making organizational changes such as these staffing shakeups to support the increased complexity it faces in the coming years, specifically as it pertains to supply chain management.