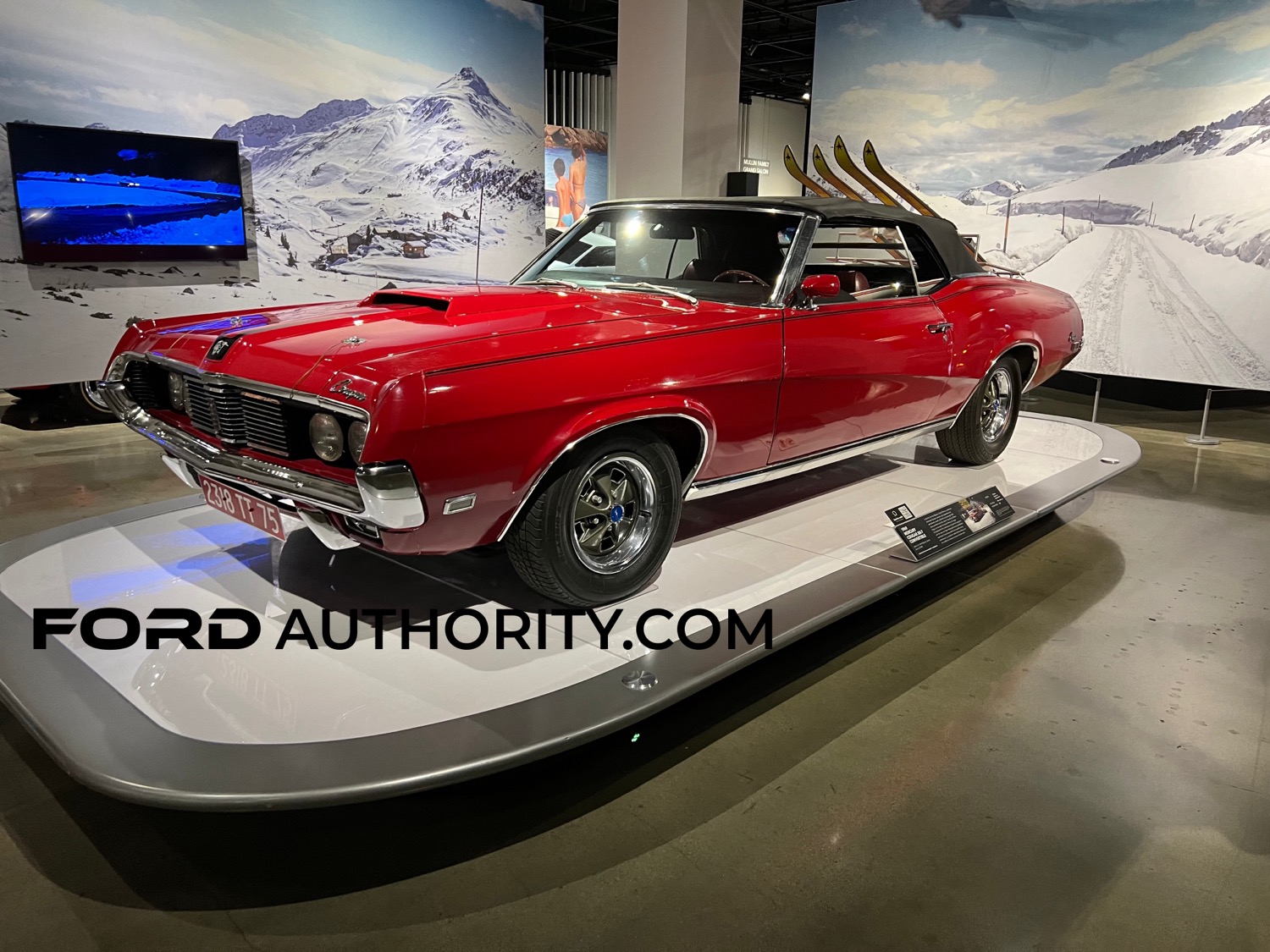 The Petersen Automotive Museum in Los Angeles is a veritable treasure trove for enthusiasts, chock full of cool, historically significant, and oftentimes obscure vehicles that rotate in and out on a regular basis. Recently, Ford Authority had the chance to visit the Petersen, which is where we spotted a very cool, somewhat forgotten piece of Blue Oval history – the 2001 Lincoln MK 9 Concept. However, not to terribly far away from that concept, we also came across the Bond In Motion exhibit, which included this movie-famous 1969 Mercury Cougar XR-7 convertible 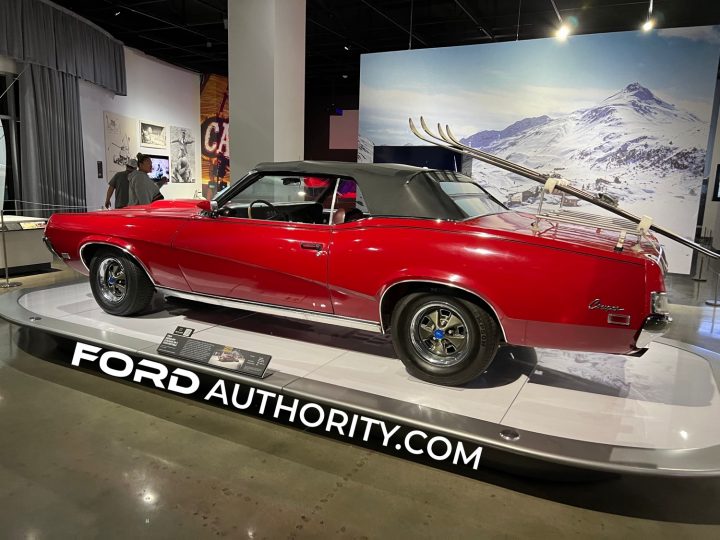 The Bond In Motion exhibit was created in collaboration with EON Productions and The Ian Fleming Foundation (named for the author and Bond creator), and was the very first in the U.S. to feature original vehicles from the James Bond film franchise. In terms of timing, the exhibit celebrated the 60th anniversary of the 007 films in general, as the very first – Dr. No – was released in 1962. 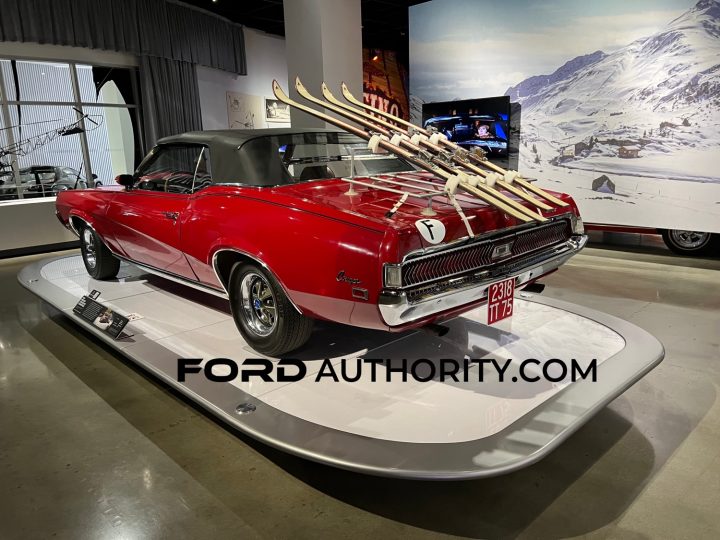 This 1969 Mercury Cougar XR-7 convertible starred in the 1969 Bond film On Her Majesty’s Secret Service, and is on loan from the Ian Fleming Foundation for this particular exhibit. Equipped with Ford’s famous 428 cubic-inch Cobra Jet V8 cranking out 335 horsepower, this vintage muscle car played a prominent role in the film, as it was driven extensively by the only Mrs. Bond in series history – Tracy Draco, who was played by actress Diana Rigg. 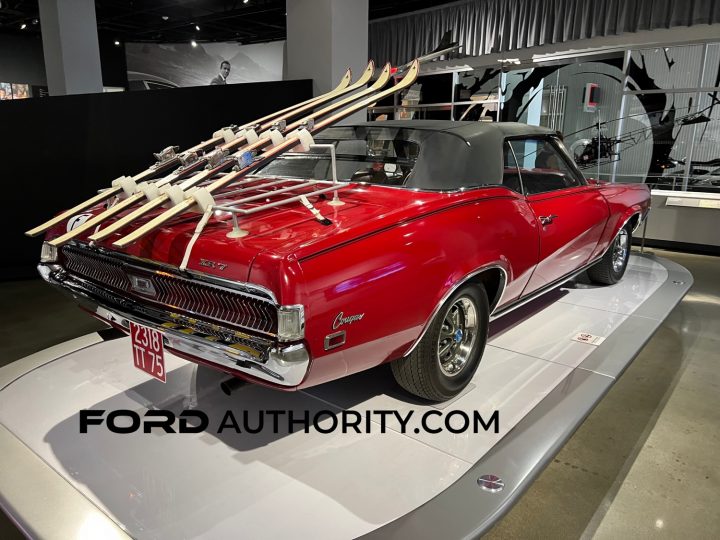 This particular film is notable because it marked the only appearance by George Lazenby as the British spy, while the red drop top appeared in both the movie’s pre-title sequence and the main car chase scene. In that segment, Draco shows off some impressive driving skills to elude a series of henchmen on icy mountain roads in Switzerland before winding up in the midst of a stock car race on a frozen track – which was made by simply flooding a nearby field and allowing it to freeze overnight.

We’ll have more cool movie cars like this to share soon, so be sure and subscribe to Ford Authority for more Mercury news, Mercury Cougar news, and around-the-clock Ford news coverage.