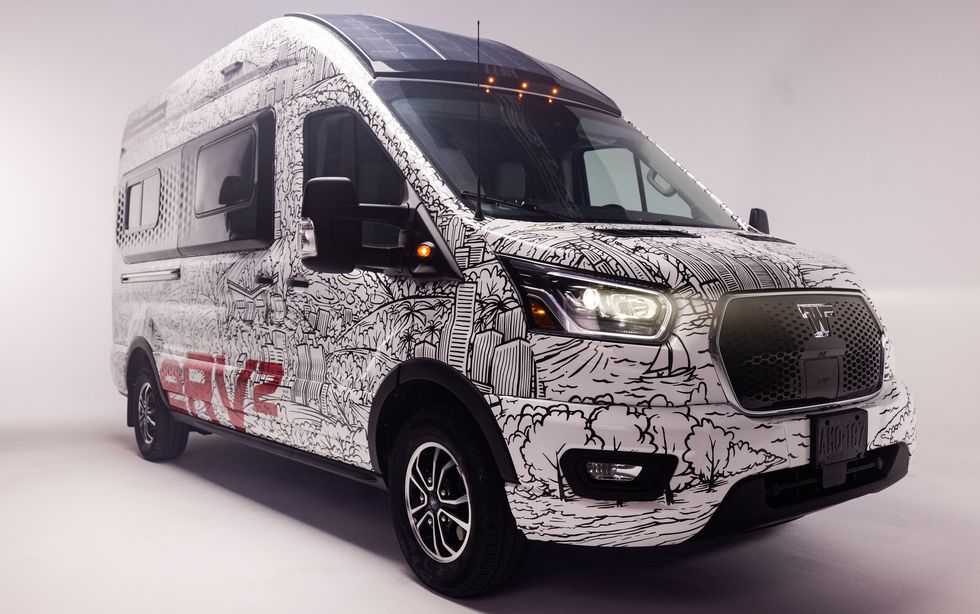 A host of companies have been building and selling upfitted vans based on the Ford Transit for years – including Winnebago, while The Blue Oval itself is working to capture a piece of that market via the recently-revealed Transit Trail. However, Winnebago is also exploring the idea of all-electric camper alternatives, having previously shown off its eRV concept roughly one year ago. Interestingly, that model was based on the regular Transit – not the all-electric E-Transit, but that isn’t the case with the new Winnebago eRV2 concept. 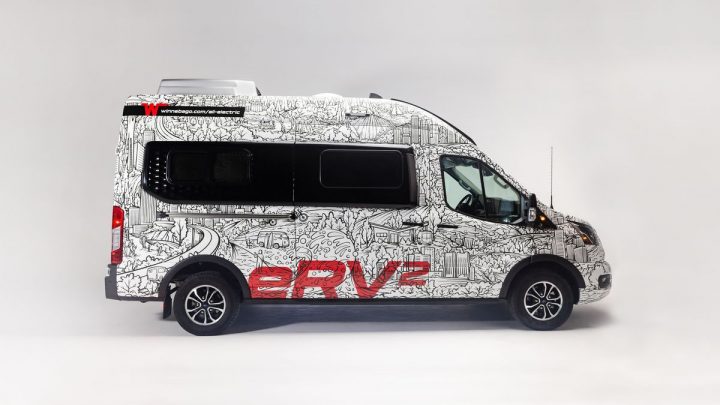 The new Winnebago eRV2 is quite literally a sequel to the company’s first electrification effort, and is a fully-functioning prototype that’s equipped with the E-Transit’s chassis and 68 kWh battery, which is good enough to provide a 108-mile range in high-roof configuration – surprisingly, a bit lower than the eRV’s claimed range of 125 miles, though that model employed a larger 86 kWh battery pack supplied by Lightning eMotors. 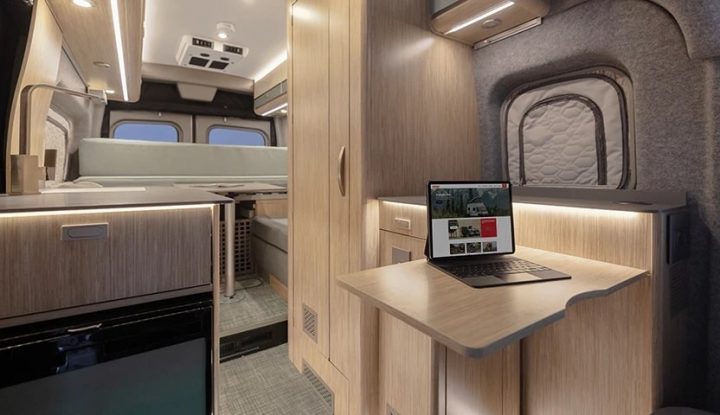 Regardless, Winnebago notes that it expects to raise the eRV2’s range by the time it enters production, as the company is aiming to provide owners with three hours of driving at normal highway speeds in between charges. Meanwhile, DC fast charging capability allows the camper to charge to 80 percent in around 45 minutes, while output comes in at 266 horsepower and 317 pound-feet of torque. 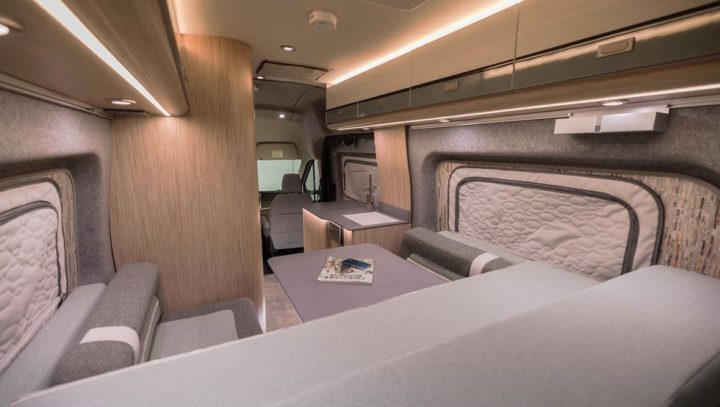 A second, 15 kWh battery powers the eRV2’s many amenities, including its 48-volt air conditioning system and appliances, giving owners enough juice to go off the grid for up to seven days, while an array of 900-volt solar panels adorning the roof support that effort. As one might imagine, the camper is also full of pretty much anything one might expect to see in an ICE-powered variant these days – including a shower, sink, cooktop, and a bathroom with a toilet and a shower. 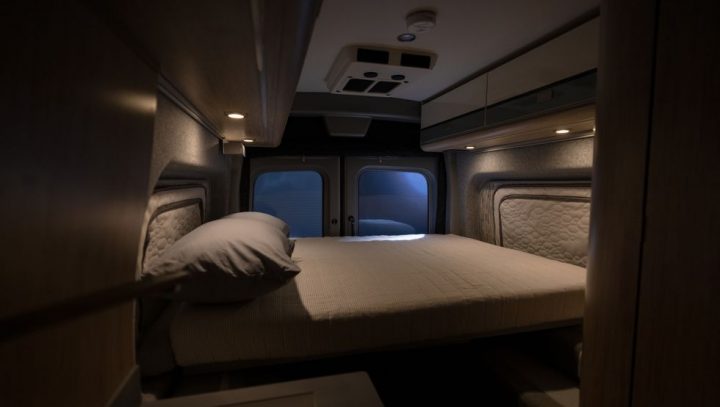 As for when we can expect the production version of the Winnebago eRV2 to launch, the company admits that it’s still undergoing testing, but notes that the final configuration will be announced later this year, and said that it will indeed cost more than its ICE-powered brethren, as one might expect.

We’ll have more on the e-RV soon, so be sure and subscribe to Ford Authority for more Ford Transit news and non-stop Ford news coverage.