The Duratec 35 is a naturally aspirated V6 engine from Ford Motor used to power midsize and full-size sedans, pickup trucks and utility vehicles, or more commonly known as SUVs. Featuring a dual overhead cam (DOHC) design, in a V configuration, the Ford 3.5L Duratec architecture has been part of the Ford Cyclone engine family since 2006.

Because it was the first of the Cyclones, the Ford 3.5L Duratec 35 Engine is often used as the base for its sister engines. Since it replaced the Duratec 30 engine in several applications, this engine was engineered to remain as compact as possible and fit in the same engine bay as its predecessor. The first vehicles to have been powered by it were the Ford Edge, Lincoln MKX and Lincoln MKZ. It was also used to for the first-generation Mazda CX-9 under the MZI name.

In the 2011, this engine got a bump in horsepower and torque thanks to the addition of Ford’s Ti-VCT variable valve timing technology. It also currently serves as the basis for the Ford 3.5L EcoBoost engine. In 2007, it was on the Ward’s 10 Best Engines list. The Ford 3.5L Duratec 35 Engine powers the following vehicles:

Discuss the Ford 3.5L Duratec 35 engine in our Ford forum. 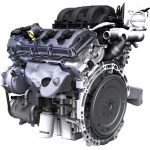 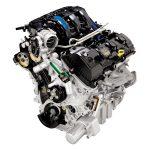 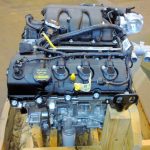 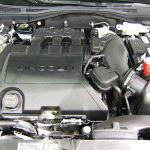 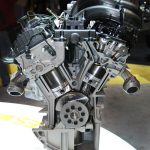