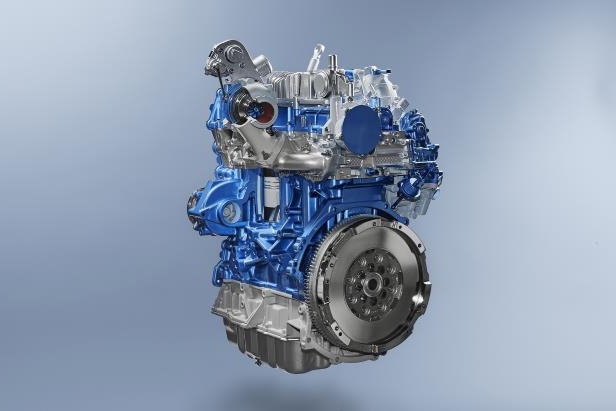 The EcoBlue 2.0-liter, or also known as Panther, is a turbocharged diesel four-cylinder engine from Ford Motor used to power cargo vans, midsize sedans, compact cars and utility vehicles or commonly known as CUVs. Featuring a dual overhead cam (DOHC) design, in an inline configuration, the Ford 2.0L EcoBlue architecture has been part of the Ford EcoBlue family of turbodiesel engines since 2016.

While this engine has been powering Ford vehicles in other markets for quite some time now; like the Mondeo, Transit, Ranger Raptor, Edge, S-Max, Galaxy, Focus and EcoSport, it will be commercialized for the first time in the US and Canada for the 2020 Ford Transit.  Some of its key features is an engine block equipped with an aluminum ladder that reduces noise and vibration. The crankshaft is also offset by 10mm from the piston to reduce cylinder wall side load and improve the engine’s overall efficiency.

Another important feature is an aerodynamically advanced turbine wheel – made from Inconel, an alloy used in extreme temperature environments such as rocket engines – that is reduced in diameter by almost 10 percent. The compressor wheel is also reduced in diameter by 15 percent which helps reduce inertia and enable faster boost performance.

The Ford EcoBlue 2.0-liter engine’s compact dimensions and high torque numbers give it immense flexibility, allowing it to be used in a wide variety of vehicle applications. Available in either a single or biturbo configuration, this engine powers the following vehicles in the US and Canada:

Discuss the Ford 2.0L EcoBlue engine in our Ford forum. 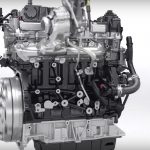 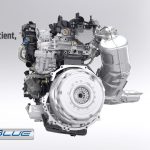