The Fox is a 1.0 liter, turbocharged three-cylinder engine from Ford Motor used to power subcompact cars and utility vehicles, or more commonly known as CUVs. Featuring a dual overhead cam (DOHC) design, in an inline configuration, the Ford Fox architecture has been part of the Ford EcoBoost family of turbocharged engines since 2012.

The Ford 1.0L EcoBoost Fox engine received important updates in 2017. Although thermodynamically similar to its predecessor, it was entirely reconfigured to integrate a new cylinder deactivation system for improved efficiency. A dual-mass flywheel and a vibration-damping clutch disc were also added to quell engine oscillations when running on two cylinders. Offered in two different variations, with different power ratings, the Ford 1.0L EcoBoost Fox engine was awarded the International Engine of Year twice. It powers the following vehicles. 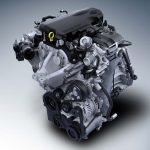 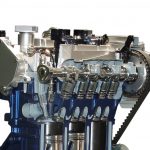 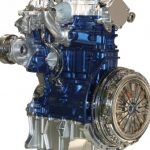 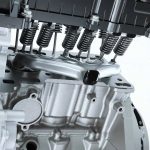 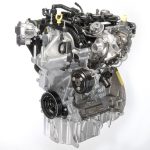