The Puma, also known as Duratorq in other markets, is a turbodiesel 3.2-liter five-cylinder from Ford Motor used to power midsize cargo vans, pickup trucks and sport utility vehicles, or more commonly known as SUVs. Featuring a dual overhead cam (DOHC) design, in an inline configuration, the Ford 3.2L Puma architecture has been part of the Ford Power Stroke engine family since 2015, but has been part of the Ford Duratorq engine family in Europe and other markets since 2014.

This engine was adapted to meet North American emissions standards so it could power the Ford Transit, marking the first time the engine was sold under the Power Stroke name. In order to save fuel, lower emissions and reduce NVH levels, the Ford 3.2L Power Stroke Puma engine was fitted with a high pressure common rail fuel injection system and piezo injectors that can spray up to five different injections per compression event. It’s also equipped with a water-cooled EGR system to reduce exhaust gas temperature before being recirculated through the intake. A unique feature to the emissions system is that the diesel oxidation catalyst (DOC) and the DPF have been combined into a single unit as opposed to the traditional separate two. 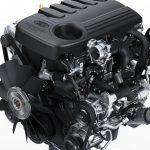 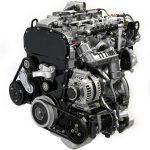 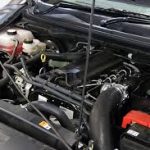 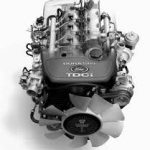 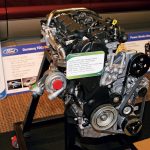 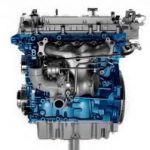