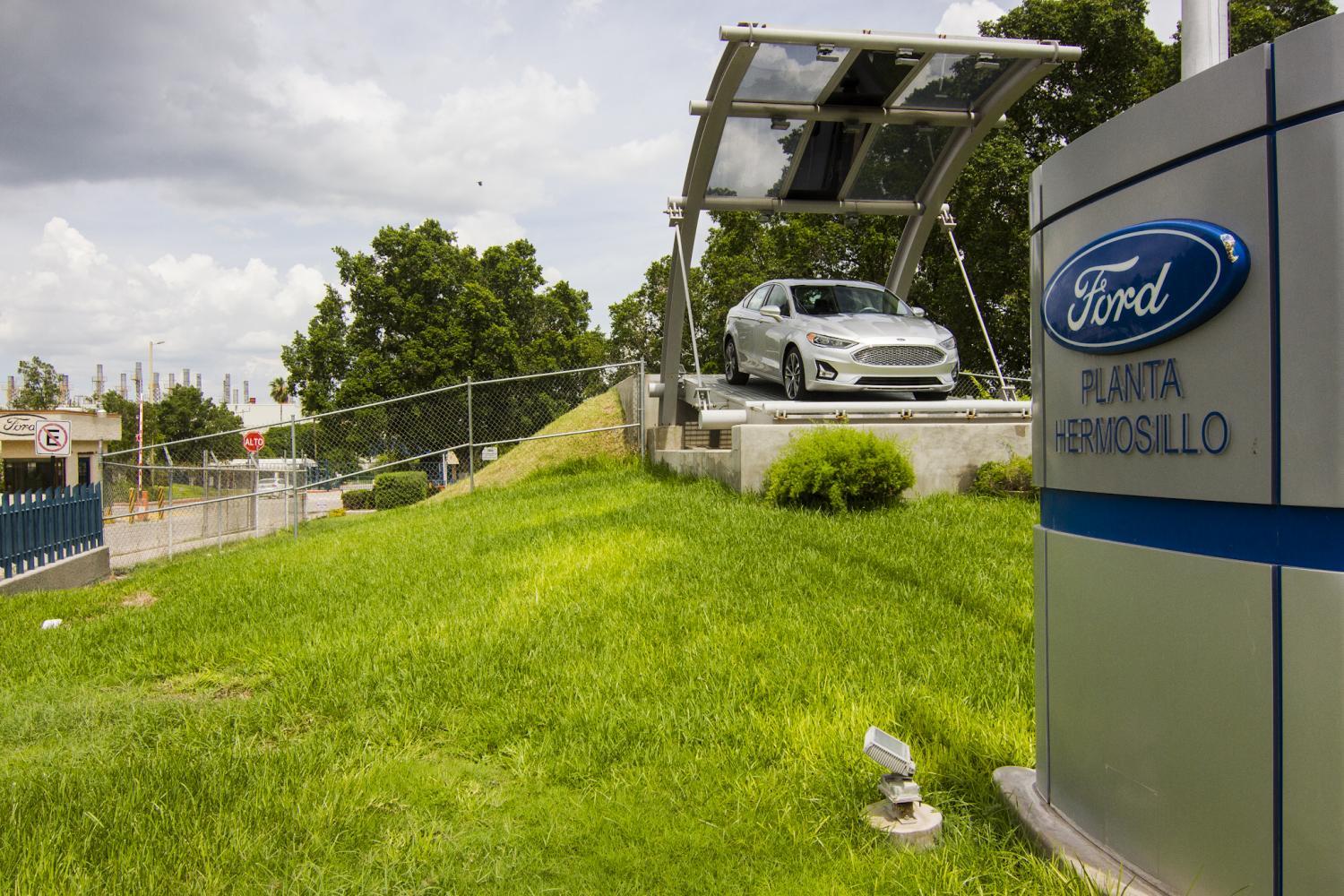 The Ford Motor Company Hermosillo assembly plant, also known as Hermosillo Stamping and Assembly (HSA), is located in Hermosillo, the capital city of the Mexican state of Sonora. The facility, which began production in 1986 as a Ford/Mazda joint venture, is now entirely owned by Ford. It currently assembles the Ford Fusion and Lincoln MKZ for the North American market, and will soon assemble the Ford Bronco Sport.

Because of the plant’s nearby location to the Sonoran Desert, the facility has reduced its water usage by 40 percent since its inception. It is also able to supply the city from its own wells during emergencies. Hermosillo has been top rated in the “Compact Premium Conventional” category in terms of productivity, taking an average of 20.78 hours to assemble a vehicle.