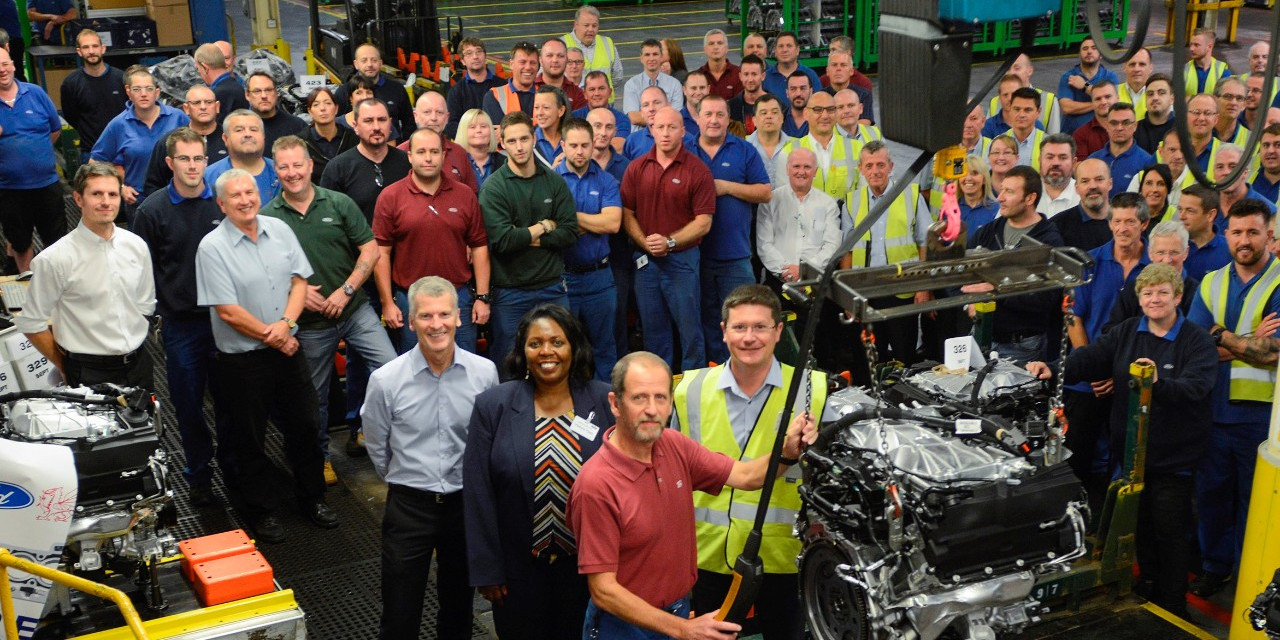 The Ford Motor Company Bridgend engine plant is an engine manufacturing facility operating under the Ford Europe administration. It is located in the town of Bridgend, in Whales, United Kingdom.

Operating since 1977, the Bridgend engine plant focuses its manufacturing operations on engines for Ford vehicles, but has also produced engines for other carmakers like Jaguar, Land Rover and Volvo. As a matter of fact, Jaguar Land Rover has a plant within a plant at Bridgend, which saved the company considerable investment costs. While having the AJ-V8 engine assembled in Bridgend proved lucrative for JLR, the carmaker announced production will shift to its new Wolverhampton plant in 2020.

When it’s not producing V6 and V8 engines for Jaguar Land Rover he Bridgend engine plant overseas the production of the Ford 1.5L EcoBoost I4, Ford 1.6L EcoBoost and Ford 1.1L Duratec engines. Its average annual production capacity is of 750,000 engines per year.